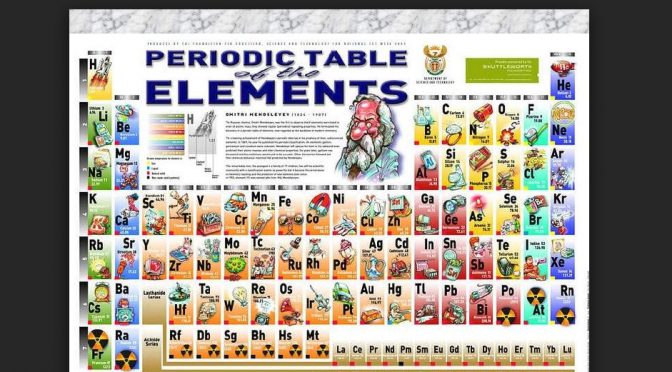 In other places we seek simple rock forming silicate minerals like quartz and feldspar and mica. They contain sodium (Na), potassium (K), aluminum (Al), and, of course, silica (Si).  There are oxides like magnetite, which has both the metal element iron (Fe) and oxygen, and we love the form and color of fluorite, which contains fluorine (F).

Geologists study how these minerals form in earth’s local and unique environment.  Water plays a big role in many and nearly all have temperature and pressure ranges within which they are stable.  But none of the stable chemical elements on earth were actually created on earth.  Therefore, it is astronomers who have given us the clues as to where the elements that ended up being “trapped” and concentrated on the planet we call home were created.  And some of what they tell us is extremely fascinating.

For example, the hydrogen in your body and present in every molecule of water originated from the “Big Bang” event when the universe was first formed.  Incredibly there appear to be no appreciable sources of hydrogen since that event.  The carbon in your body and in all creatures and plants was generated by nuclear fusion in the interior of stars, as was the oxygen.  Iron found in the minerals on our planet and some other metals were made during supernovas of stars that occurred long ago and very far away   (Johnson, 2017).

Most of us are familiar with the Periodic Table of the Elements, but have you ever seen one displaying the ultimate origin of the elements? Professor Jennifer Johnson of The Ohio State University designed this version to illustrate just that. Note that some elements show multiple origins. Some, like copper, are displayed in this manner because we just are not certain how and where they formed (Johnson, 2017).

It has been speculated for some time that the formation of gold and many other heavy and more exotic elements requires the collision of neutron stars, themselves a rare phenomenon.   Neutron stars are extremely dense accumulations of neutrons left behind after stars collapse during supernovas (Chang, 2017).  The pressure is so intense that electrons and protons are squeezed together into neutrons.   A single thimbleful of a neutron star can weigh as much as several million elephants (Chang, 2017), or a whole lot of pick-up trucks full of rocks.

You may have read recently that this theory was significantly advanced when astronomers actually observed the energy and light emitted by the collision of neutron stars 130 million light years away which had finally reached the earth.  “By studying the fireball from this explosion, astronomers conclude that the collision created a cloud of gold many times more massive than the earth” (Overbye, 2017).  Proof, they claim, that kilonovas (a collision/merger of neutron stars or black holes) are truly agents of  cosmic alchemy!

It all started on August 17th, 2017 when alarms at the Hanford Laser Interferometer Gravitational-Wave Observatory (LIGO) in Richland, Washington  alerted  astronomers  of  a  highly  unusual and  very  distant  event (Burthyk, 2017).  Two  seconds  later, the orbiting Fermi Gamma-Ray Space Telescope recorded a flash of gamma rays which carried characteristics of a neutron star collision, but where?  A frantic search began.   Night skies were searched by telescopes around the world.  Operators of the Swope telescope high in the mountains of Chile had to wait 11 hours for darkness, but despite this delay they are apparently credited with first detecting the event as a bluish pinprick of light (Overbye, 2017).  The light was coming from within the Hydra constellation in a galaxy 130 million light years from earth.  The event they were recording had occurred during the Jurassic Period of earth’s history while dinosaurs like Stegosaurus and Allosaurus roamed the land and Plesiosaurs ruled the sea.  Only now was its light reaching us. 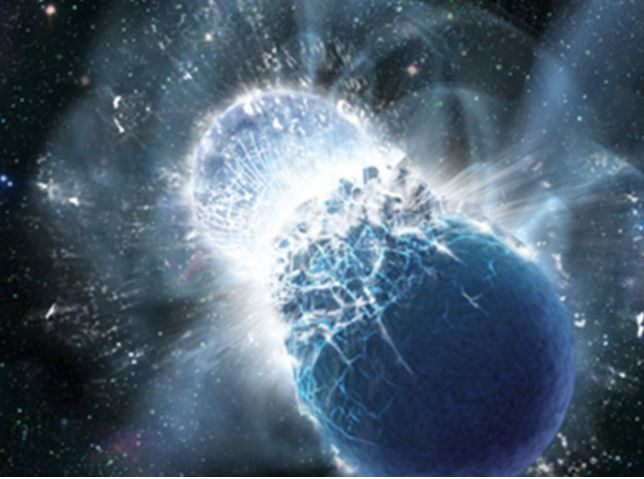 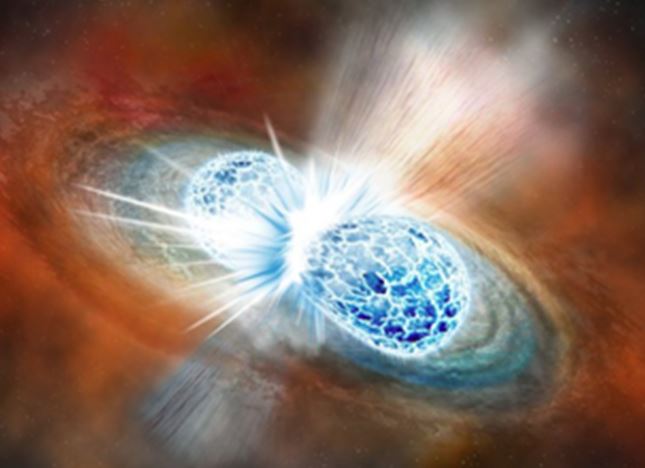 Incredibly, they were observing the first optical protons man has ever witnessed from a kilonova.  When first observed, the fireball was the size of Neptune’s orbit, and was radiating about 200 million times as much energy as our sun (Overbye, 2017).  A mere nine days later it had faded from blue to red and had lost much of its energy.  Had it taken that long to locate the event, many of the learnings that have been made and will continue to be made would not have been possible.  University of Columbia physicist David Metzger estimated that an amount of gold equal to 40-100 times the mass of the earth was created in a matter of 2-3 days and then spewed into space to be incorporated into new stars and planets: food for thought for sure.

Next time you venture out on a WCGMC collecting trip in search of a metal-bearing mineral, or sit down to polish your jewelry, take a minute to think about what those metal molecules have been through to get into your hands.   Somehow, the earth just doesn’t seem so big anymore. 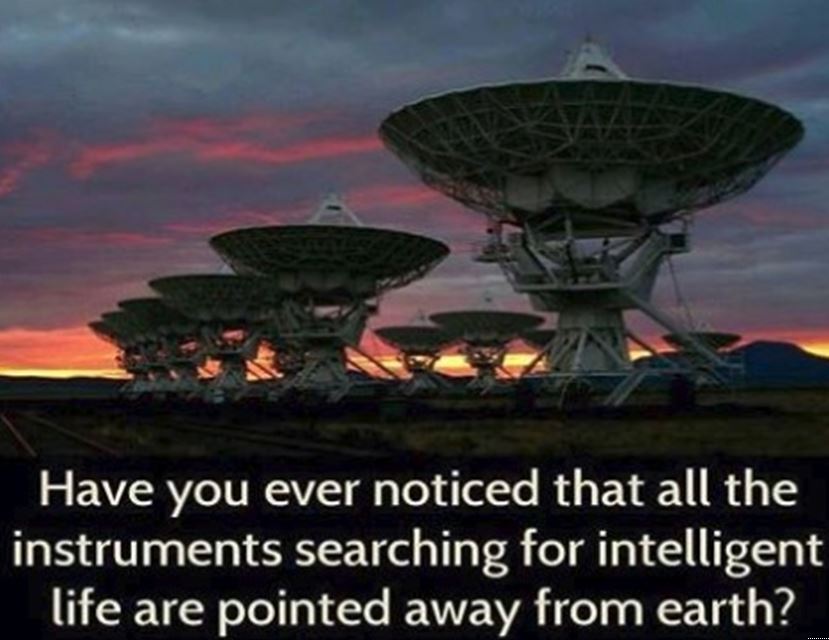