In the fall of 2012 I dug up grass and built a stone-lined garden on the west side of the backyard.  The slope at the edge of the yard seemed to offer a natural location for a “terraced” garden that could be seen from the patio and den. 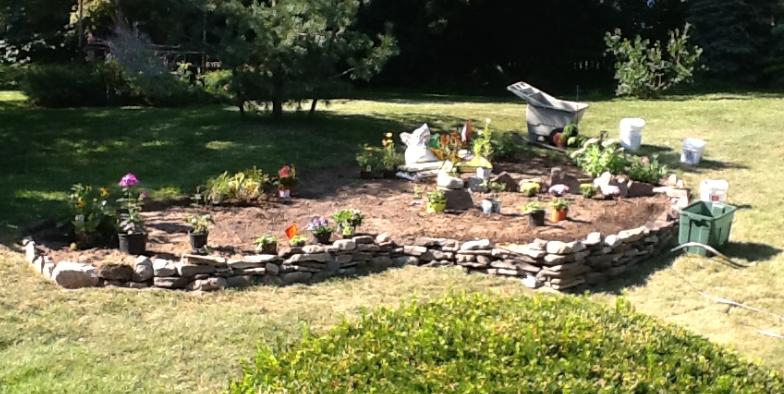 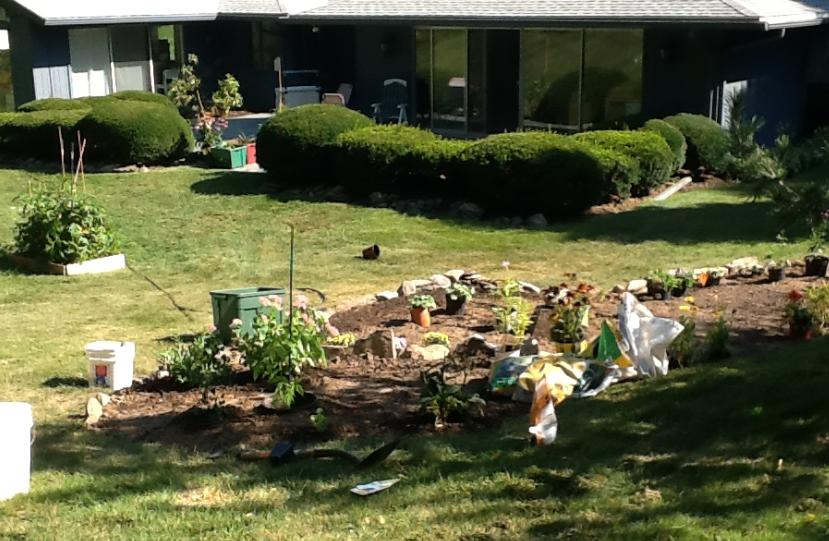 Scanning down will show the progress of the garden during 2013. 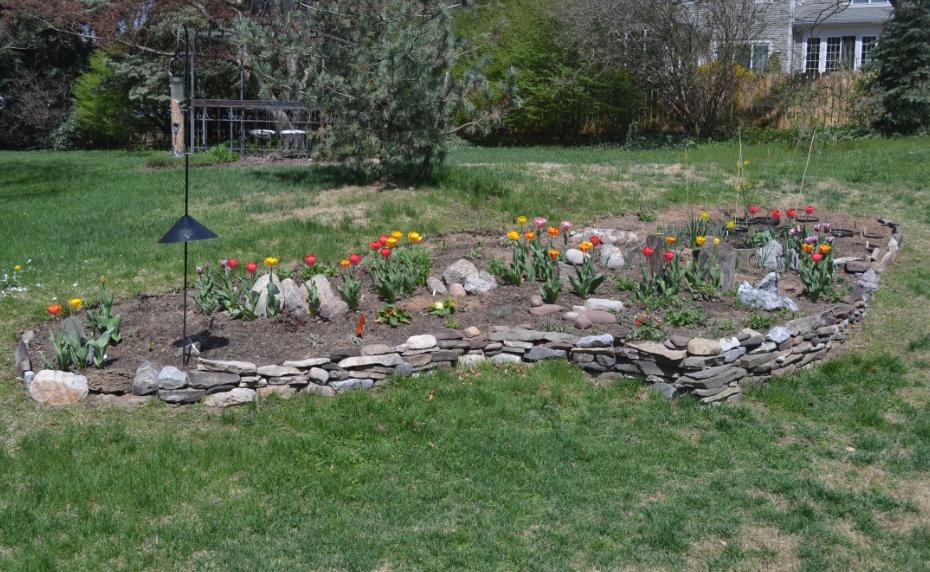 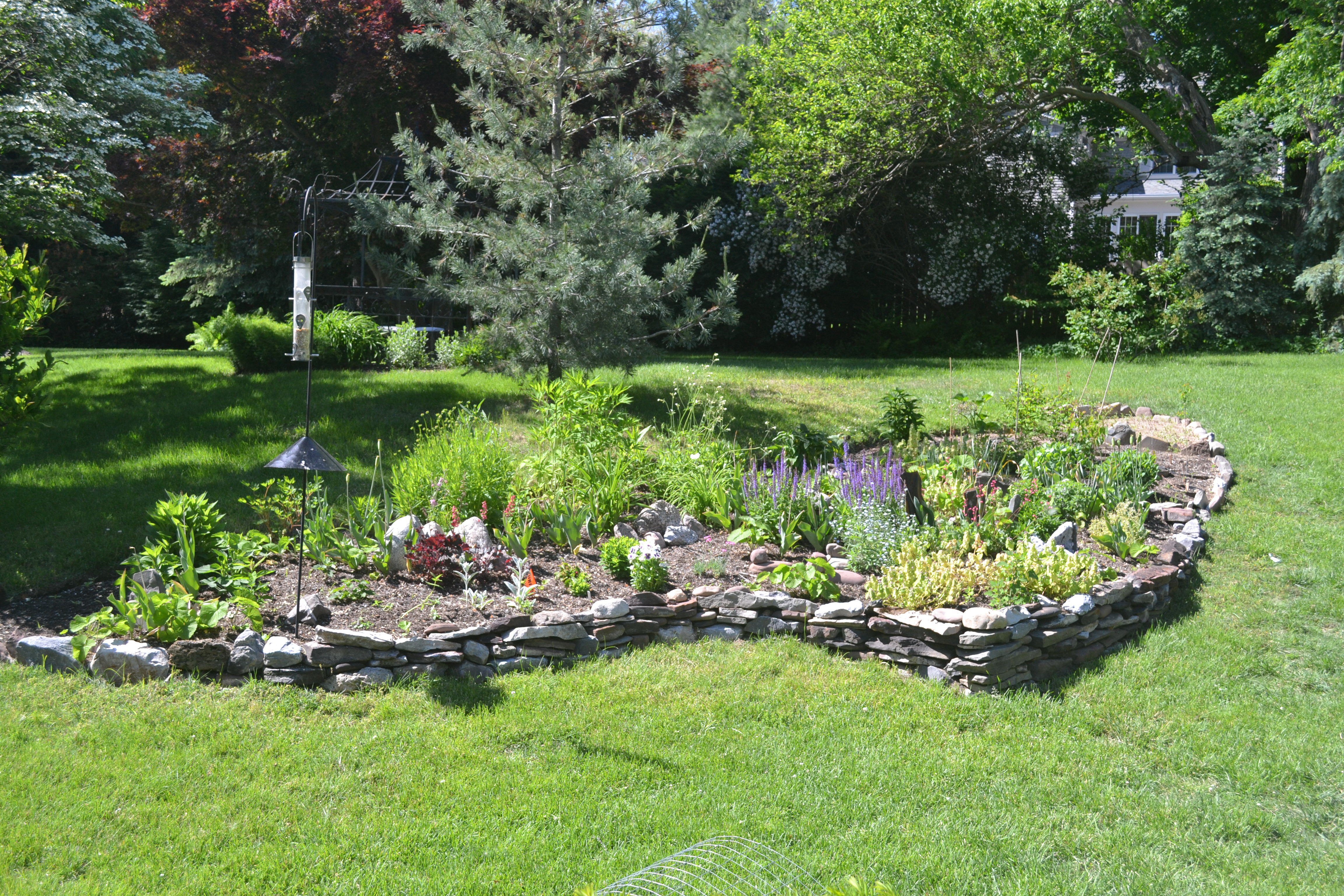 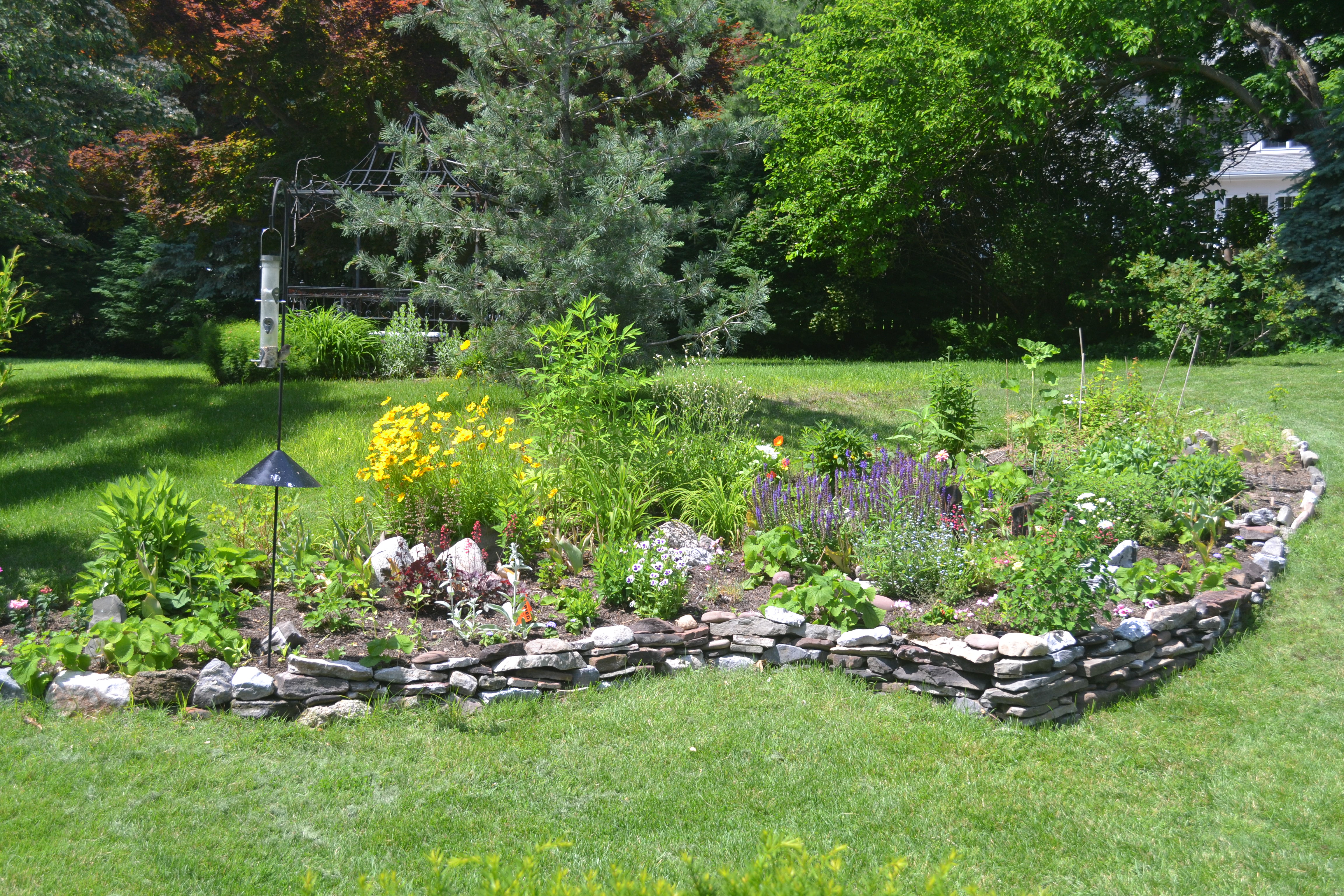