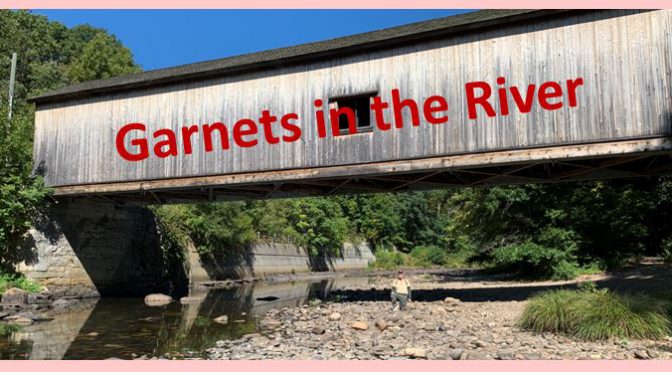 While Linda Schmidtgall liked the garnets weathering from a schist roadcut in Tolland, I believe I have had more fun playing with the garnet-bearing sand recovered from below the Comstock Covered Bridge in East Hampton, CT.   Both make great sand samples and both sourced their garnets from the Devonian Littleton schist, a mica- and garnet-rich metamorphic rock formed during the Acadian orogeny (mountain-building event) ~375-325 million years ago.  The Acadian event was the third of four orogenies along eastern North America that collectively created the Appalachian Mountains and surrounding terrains. 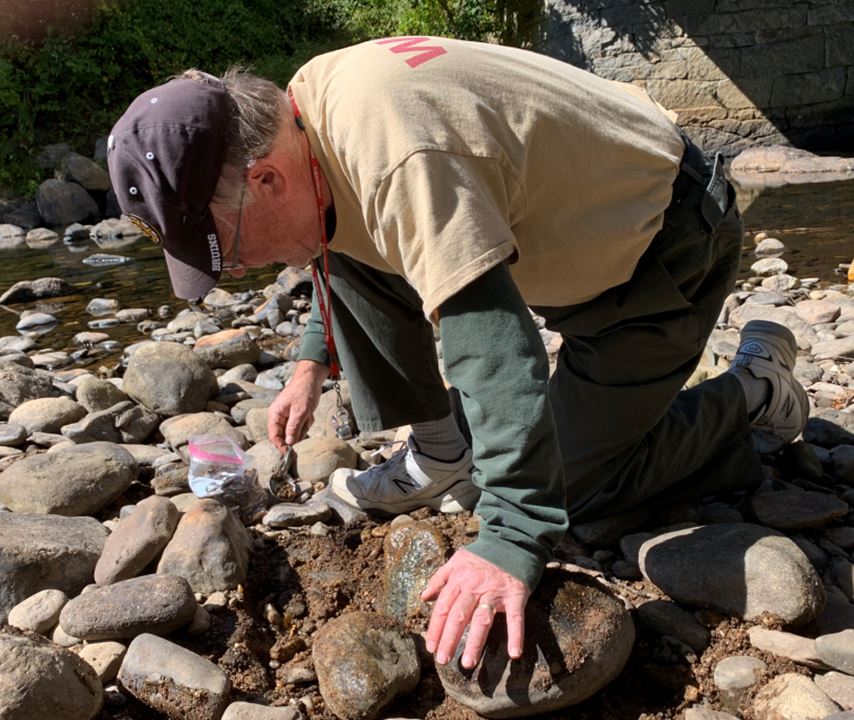 Here I am in my official WCGMC uniform digging out garnet-rich sand with a soup spoon from behind the larger rocks along the Salmon River. Can you see the spoonful of garnet-rich sand I am holding?

The material trapped between, behind, and under the larger rocks in the preceding picture is a very poorly sorted sand-gravel mixture with little to no silt or clay fraction.  The red garnets are easily visible in just about every spoonful of coarse sand scooped from these sediment traps.

Once home I decided to separate the poorly sorted sediment into five size fractions.  I wanted to see which fraction might have the most garnet.  Turns out the very coarse and coarse sand fractions were the winners.  There was only an occasional grain in the gravel component.  Interestingly, the garnet grains become progressively pinker as the grain size decreases.  Can you see the pink, almost transparent grains, in the fine sand to the far right?  I suspect this is merely an optical property.  From everything I can read the garnets in the Littleton schist are all almandine (Fe-Al) with less than 20% pyrope (Mg) component. 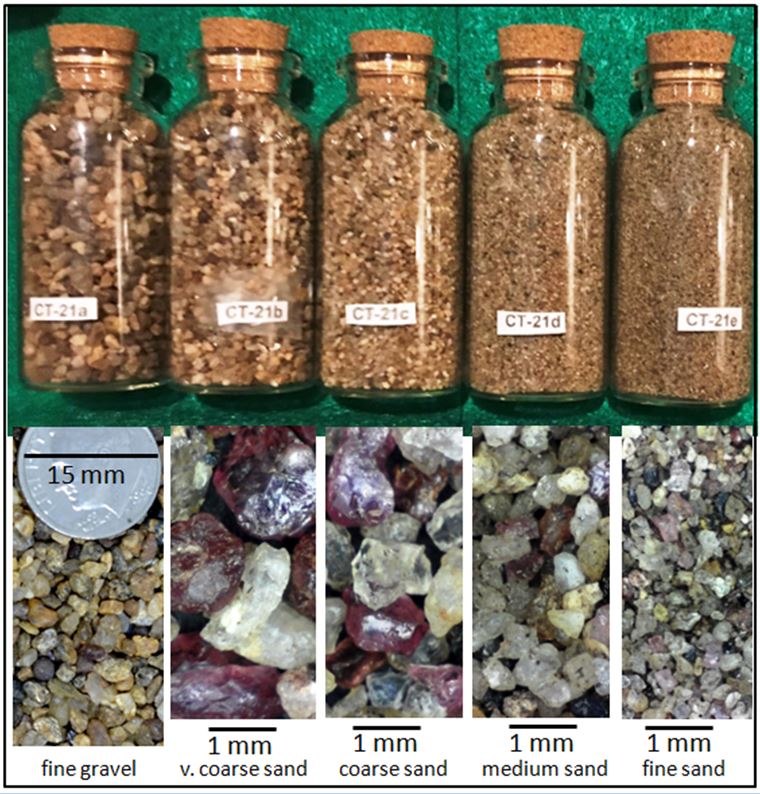 Five size samples from sand collected in the Salmon River in East Hampton, CT. The upper vials contain 20ml of each size fraction. The fine gravel is a macro photograph. The other four sand fractions are digital microphotographs presented at the same scale.

By the way, there are also staurolite grains (some with crystal faces) in the Salmon River sands.  They are not as common and harder to spot and identify than the garnet, but they are there.  Perhaps that can be the focus of another article.