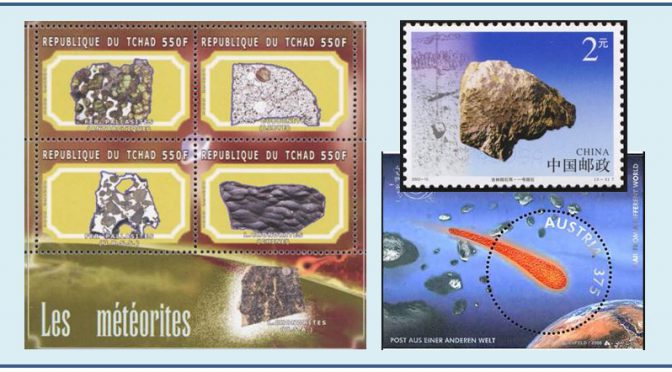 Those of you who frequent the Geologyin.com webpage, or who are members of the Facebook Group “Amazing Geology” may have seen these stories in mid-October.  It is a lesson in always keeping your eye on the rocks around you.  Or perhaps to watch the sky for falling rocks!

Extracted  from October 16 Geologyin.com:   A rock that was being used as a barn doorstop on a farm in Michigan is actually a massive meteorite worth over $100,000.  The sixth largest meteorite recorded in Michigan has just been rediscovered. 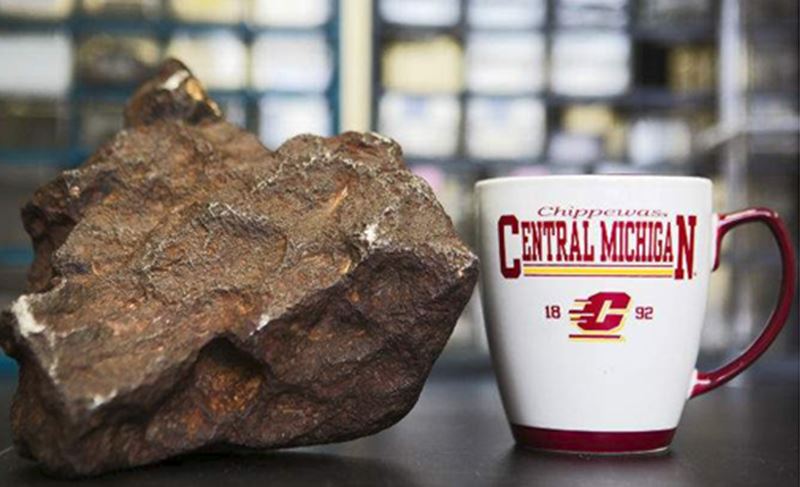 The owner said he noticed the rock holding a door open at a farm he was about to buy in Edmore in 1988. He said the farmer told him it was a meteorite that plunged to Earth in the 1930s – making “a heck of a noise when it hit” — and that he and his dad dug out the still-warm rock from a crater they found the next morning.

Earlier this year he was reading about Michigan residents searching for meteorites and decided to bring his space rock to Central Michigan University for evaluation.  Professor Mona Sirbescu examined the oddly shaped rock and found it to be composed of 88% iron and 12% nickel.  This determination has been verified by scientists at the Smithsonian Institute and now there are multiple museums vying to own the rare meteorite.

Moral of this story: check out all those unusual rocks hanging around as door stops at estate sales.

And just one day later, from October 17 Geologyin.com

A 30,800-kilogram meteorite unearthed in Argentina in 2016 is purported to be the second largest meteorite ever found on earth.   The iron-nickel meteorite was uncovered in Campo del Cielo (meaning “Field of Heaven”) in an area on the border between the provinces of Chaco and Santiago del Estero, or about 1000 km northwest of Buenos Aires. 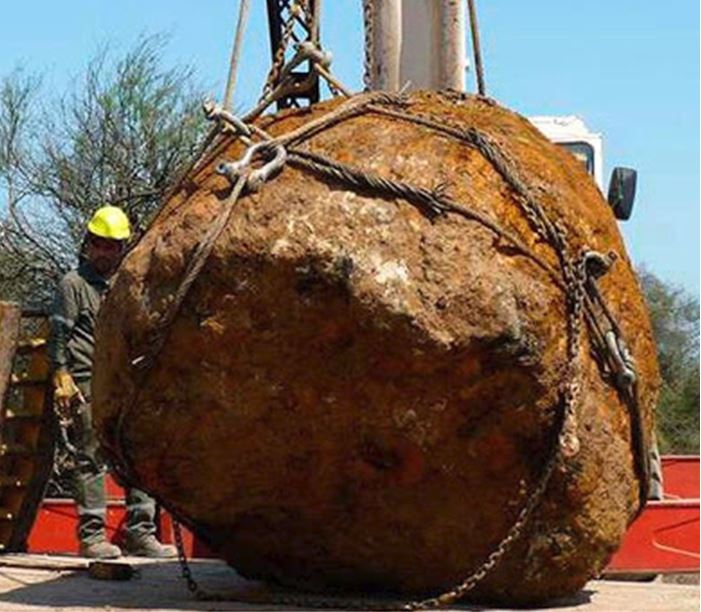 The Argentina meteorite has been named Cancedo, after the closest town to its discovery location.

This surreal region of northern Argentina is blistered with meteorite craters – at least 26 cover an area of just 3 km by 19.2 km (1.8 x 11.9 miles).  The region is thought to have been impacted by a powerful meteor shower between 4,200 and 4,700 years ago.  To date, over 100 tons of space debris have been excavated from the site.

Moral of this story:  This one is too big for your truck.  Let’s find one like the Michigan one.

Reference:  Two October entries on the Facebook Group webpage of “Amazing Geology”  and on the webpage Geologyin.com.

ONE FINAL WORD ON LARGE METEORITES 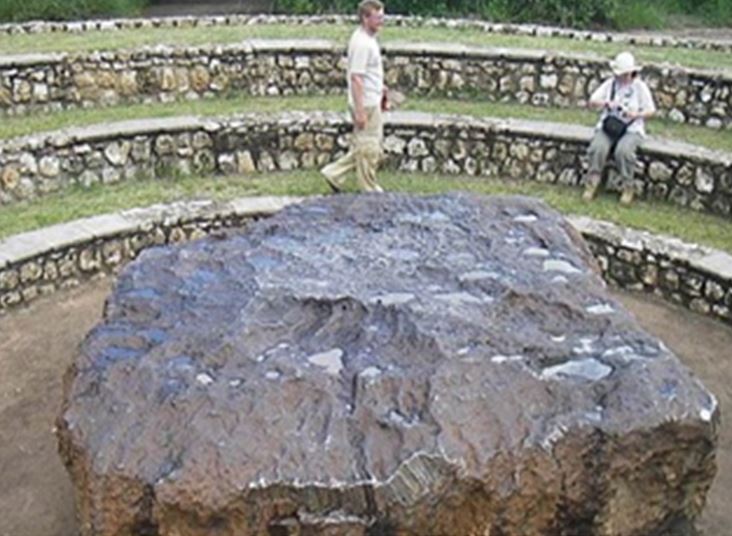 Just in case you were wondering, the undisputed king of Earth-based meteorites is a 66-ton whopper called Hoba, excavated in Namibia in 1920. The Hoba meteorite has been fully uncovered from its resting place in the Otjozondjupa Region of Namibia, however due to its size, it has never been removed. It’s thought to have slammed into Earth some 80,000 years ago. Incidentally, the Hoba meteorite is located less than 50 miles from the world famous mineral location of Tsumeb. 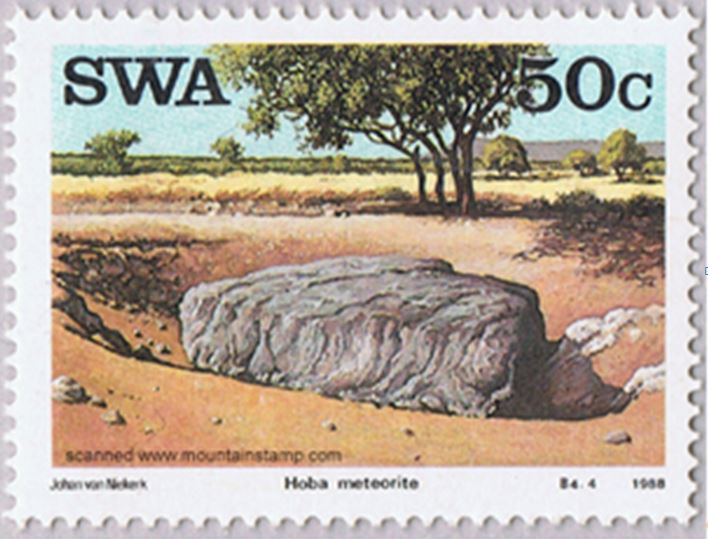 The Hoba meteorite was big enough and famous enough to find its way onto a stamp. Namibia was known as South West Africa (SWA) until becoming an independent nation in 1968.