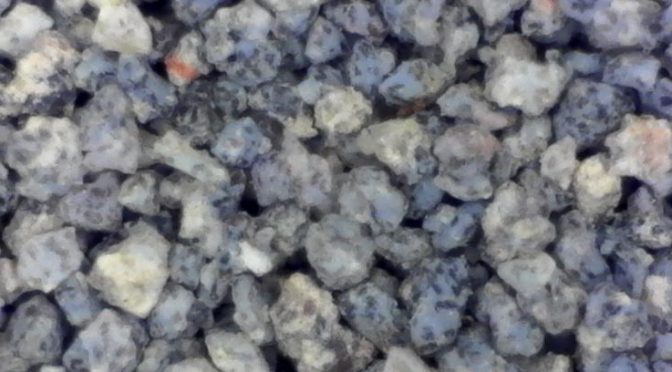 Sand comes in virtually all colors, however, as my collection grew this past year, I was not adding much blue to my collection.  In fact, I really did not have a blue sand until a very unique and interesting sand appeared in the trade box that Bill Beiriger sent me in January.  It was inauspiciously labeled as fine, blue-gray sand from a location 12 miles east of Livermore, California.  The GPS coordinates Bill provided placed the site closer to Tracy, California and in the Diablo Mountain foothills.

Location of the blue sand sample in the foothills between Livermore and Tracy, California 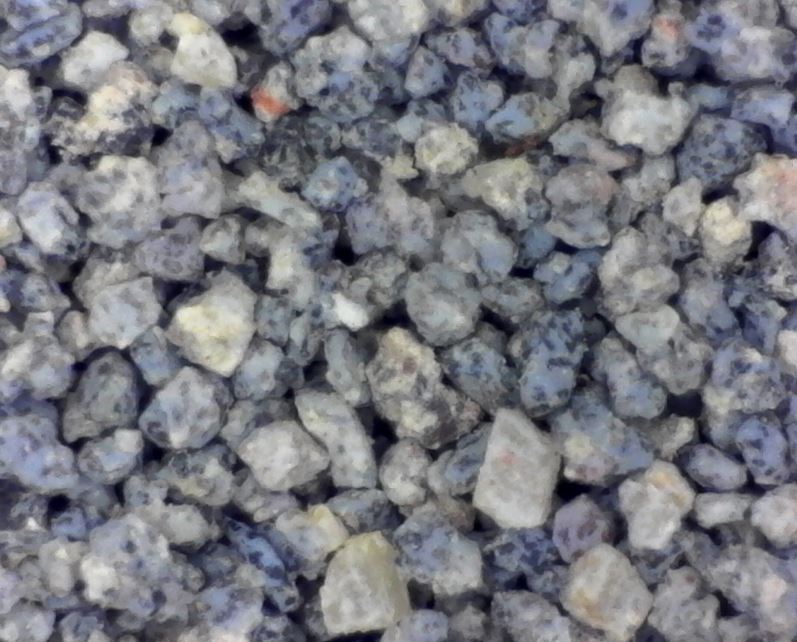 Blue sand from near Tracy, CA: The FOV is about 5mm across.

Armed with that input, I sought more clarification.  What was the Neroly sandstone and why was it blue?  The Neroly sandstone is a Late Miocene volcanoclastic sedimentary rock that has been uplifted and exposed by even more recent tectonic activity (standard California geology!).  It is medium to coarse-grained and well-sorted.  The subangular grains are dominantly andesite shed by volcanoes in the northern Sierra Nevada Mountains, perhaps with contributions from the Coast Range (Hillhouse and Jachens, 2005).  The dark patches you see in most grains are augite and hornblende.  There is also magnetite present, typically as detrital grains.  The grains are weakly cemented, primarily by calcite, and weather to sand which can be collected at the foot of embankments or in streams.

The blue color is a clay coating on the andesite grains that best matches with montmorillonite structure (Doell, 1955).  Chemical composition determined by Hillhouse and Jachens (2005) is consistent with this analysis and those authors suggest the coating is iron-rich montmorillonite.  This does not seem surprising given the source and composition of the sand grains themselves. 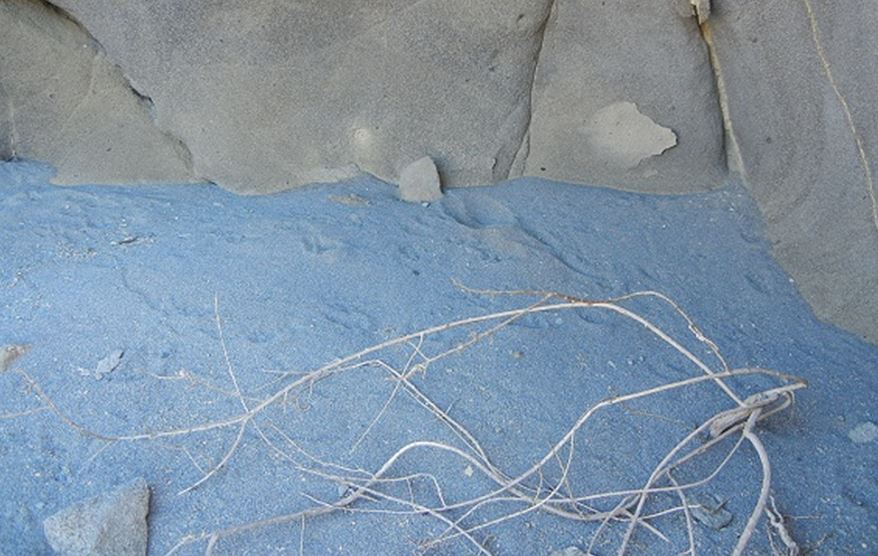 Outcrops of cemented Neroly sandstone appear brownish, but when the calcite cement is removed the weathered sand grains are distinctly blue.
Photo from Aden, 2012

Thank you, Bill, for sending such an interesting sand.