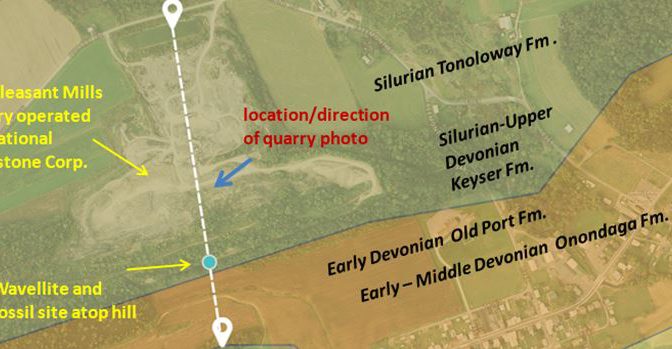 On occasion, cleaning out that old box of leftover and generally forgotten minerals from a past trip can provide an unexpected reward.  Last month I uncovered a box of rather ordinary wavellite specimens from the club visit to Mount Pleasant Mills, PA in April of 2016.  Among the cruddy and generally less than desirable wavellite discards I found a fossil gastropod that I had remembered collecting, but had pretty much forgotten.  It was time to clean it up and do a little research.  After all, that is what the winter months are for in western New York. 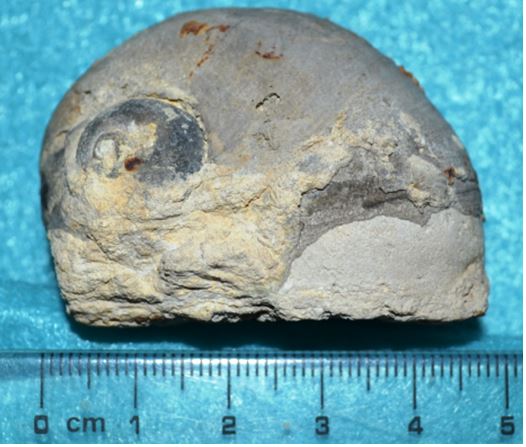 First, I wanted to know the geologic age of the sandstone unit that forms the ridge immediately south of the Mount Pleasant Mills limestone quarry.  As it turned out, this effort proved to be as interesting and rewarding as the rediscovery of the gastropod that had been  buried in the boxes in the garage.  This is because I discovered the Macrostrat.org webpage.  The folks at this site have meticulously compiled and carefully formatted geologic maps from the United States Geological Survey (USGS) as well as maps from state and academic sources.  The webpage is easily searched by location to display the most detailed geology available.

But the mapping software/website has much more utility than just surface geology.  Regional cartographic information and satellite imagery can be overlain on the maps.   And when one is satisfied that the location of interest has been found, a quick point and click brings up full information on the geologic unit at that location.

The Mount Pleasant Mills Quarry is easily evident on the satellite image behind the colors of the geologic map.  Topography can be shown below the map in a cross section based on a user drawn transect.   I have summarized the geological unit information onto this map view, but a fully referenced summary is also available via a pop-up window. 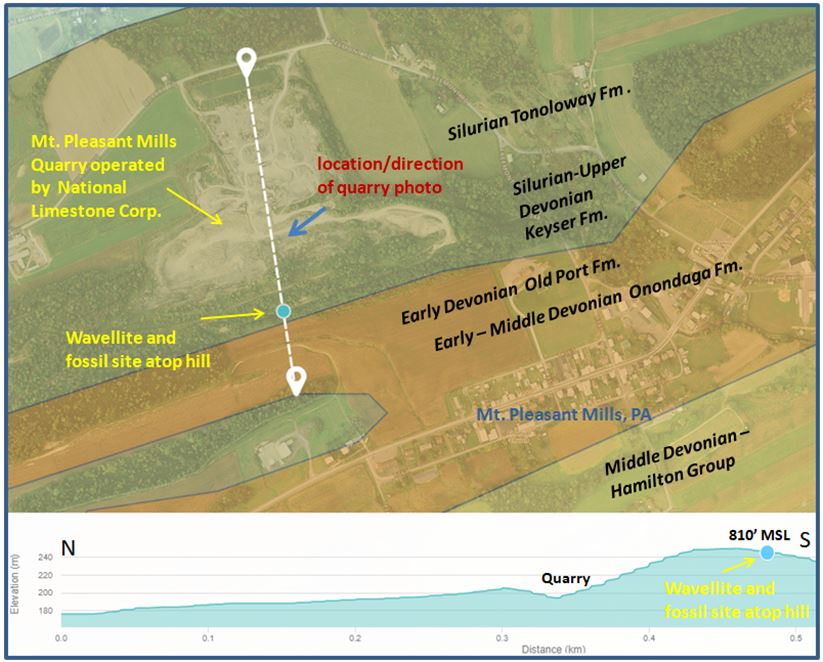 The silty sandstones forming the ridge above the quarry are mapped as uppermost Keyser Formation in the macrostrat compilation, but given that the units are siliceous siltstones/sandstones it seems more likely that they are part of the overlying Early Devonian Old Port Formation.  Both the Shriver and Ridgeley members of the Old Port Fm. contain siliceous units (Harper, 1999) and the formation boundary is mapped within meters of the location.  For those of you who have been to the site, you can see the trace of the dirt road that runs along the ridgeline (just north and parallel to the mapped contact between the geologic units). 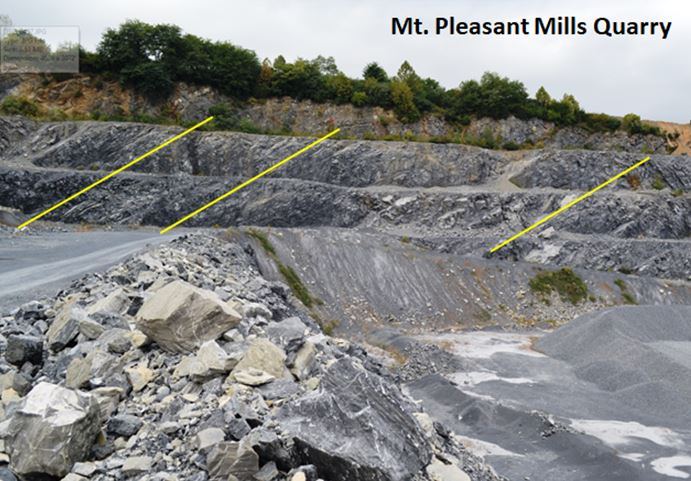 Upper Silurian limestone is being quarried at Mount Pleasant Mills. This picture was taken looking southwest as shown by the blue arrow on the map on the preceding page. Sedimentary units are dipping significantly to the south. Rocks atop the ridge to the south (left) where the wavellite is found are younger. The calcite and stronthianite for which the location is known is found in the walls and spoil piles within the quarry.

Now I knew generally where to start to research my gastropod, namely in the Early Devonian and in the Old Port Formation.  It did not take long to hone onto the likely Genus of gastropod.  It seems that the most common three-whorled, large-aperture gastropod of the Early Devonian throughout the region is Platystoma sp.  We have them in New York State in the correlative Helderberg Group.  They are found in Pennsylvania, Ohio, Indiana and elsewhere. I can now label my specimen with confidence and move it from the junk box in the garage to the Pennsylvania fossil drawer in the basement, a fine accomplishment for a winter day in January.

Platyceras ventricosa, renditions of the Early Devonian gastropod from Linsley (1994) on the left and Wilson (2014) on the right. Both are based on the original description and figures of Hall (1861). 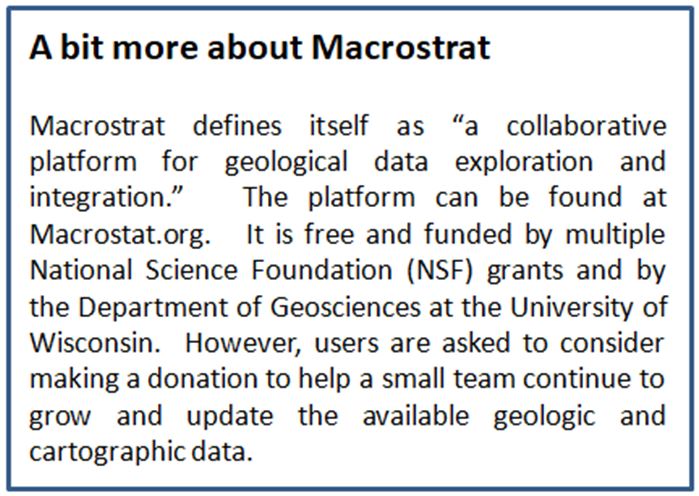 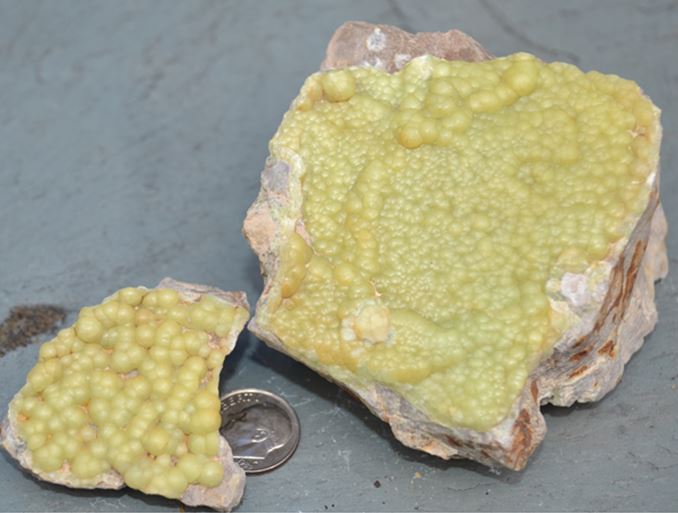 Yes, we do collect wavellite there also. For you mineral lovers, here are two wavellite specimens I collected on that same trip. These pieces did not spend any time in the dark corner of my garage!