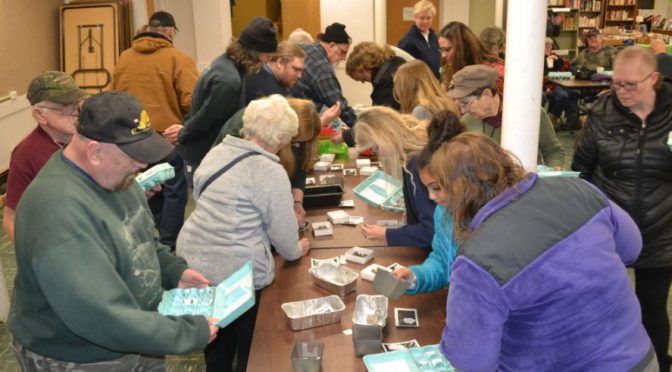 The meeting room was crowded for our February meeting as 49 members showed up to build their own egg crate mineral collections from the club’s inventory of small stones, mineral specimens and fossils.   There were over 50 options to chose from when the first selections were made. 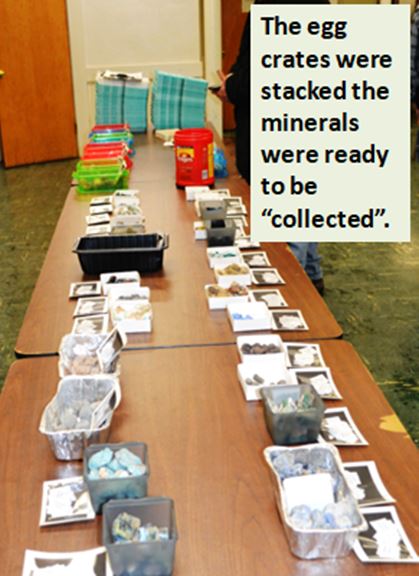 We started by letting everyone pick out two specimens, and then collected results of what everyone had selected.  A wide variety of selections were made by those top two choices.  In fact, twenty-four of the offerings were selected among those initial 98 picks.  The top selection taken during the first round was thumbnail specimens of hemimorphite from the 79 Mine in Arizona, 14 members selected one of those in their initial two picks.  Dioptase from Tsumeb (also small thumbnails but with brilliant color) was a close second with 12 taken. 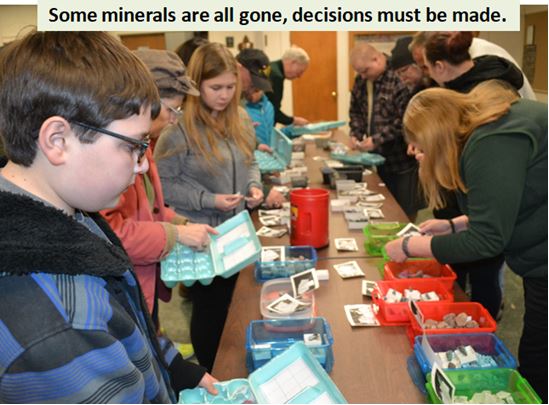 We continued with three selections at a time until all the egg crates were full.  Not everyone was able to get each mineral as we only had 20 or so of many of them.  The hemimorphite ran out first, soon followed by azurite nodules from Utah , ocean jasper, and Peruvian blue agate.  Silicified crinoids from Tennessee and Vinlandostrophia brachiopods from Indiana (both donated by members who had collected them in 2017) were the more popular fossils taken, but it was clear that our club prefers minerals and stones receptive to lapidary work. 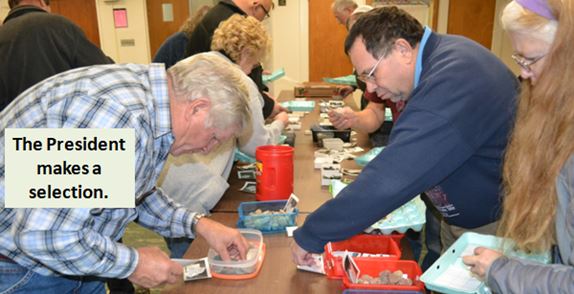 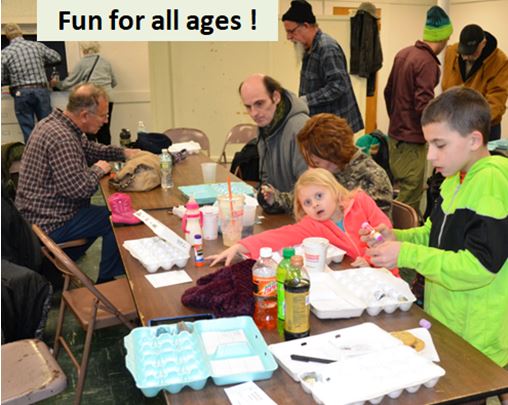 Labels were provided to everyone and the exercise included using glue stick to apply the labels to the inside lids of the egg crates.  When all were done, everyone had a collection of their choice much as the youngsters do when they visit us at our outreach events at libraries, fairs, farmer’s markets, scouts, or anywhere else we are invited.  WCGMC likes to share its riches with others! 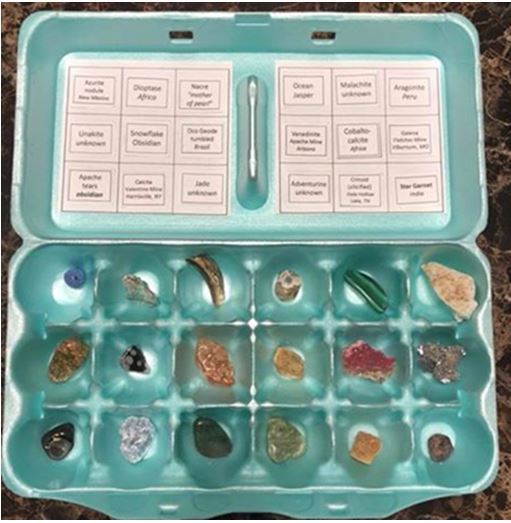 Here is what Beth Webster ended up taking home as her souvenir of the evening.