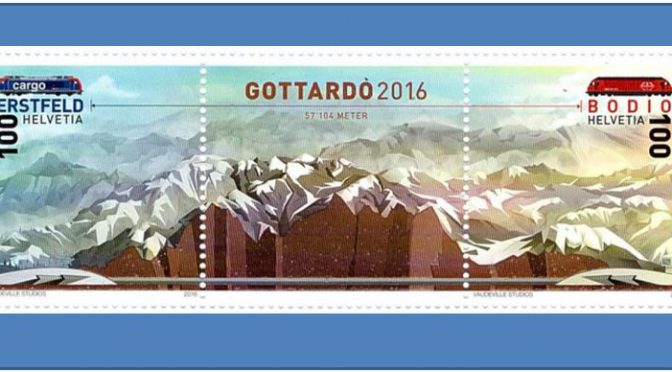 My favorite rock hound club (Wayne County Gem and Mineral Club) loves to dig and we are always looking for new places to dig and new tools to use while digging.  But there are some folks in Switzerland that we must acknowledge have done a little more digging than us while deploying more sophisticated and larger tools.  In fact, they have been digging on the same project for 17 years.  And in June of 2016 they completed their mission.  All they had done was dig a 57 km (35 mile) railway tunnel through the Alps in south-central Switzerland: the Gotthard Base Tunnel.

All told this massive project removed 28 million tons of igneous and metamorphic rock (dominantly gneiss). That is enough rock to build a rectangular regular pyramid that is 5200’ high.  Think about that! At its deepest points the Alps tower more than 2000m (6500’) above the tunnel floor.

So how did they do this?  They used four of the largest TBM (Tunnel Building Machines) the world has ever seen.  The TBM were 19.25m (~62’) in diameter.  A rotating cutting wheel supported by lubricated disc cutters creates compressive stresses that fracture the rock in front of the TBM.  The rock chips are transferred through openings in the TBM and removed on conveyor belts.  This process is preferred to conventional drilling and blasting because it leads to less damage of the surrounding wall and ceiling. 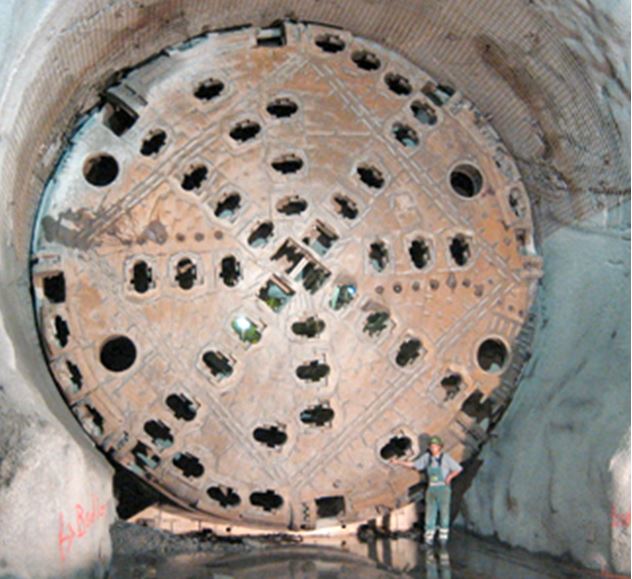 Tunnel boring machine used to excavate the Gotthard Base Tunnel. Just think what we could do with one of those things. Maybe someone in our club could build one? Please!

I can find no information as to whether any wonderful minerals or rocks with sphere potential were encountered.  It would be a true shame if all that rock was simply dumped and covered without evaluation.  Imagine if they did this through the Adirondacks. 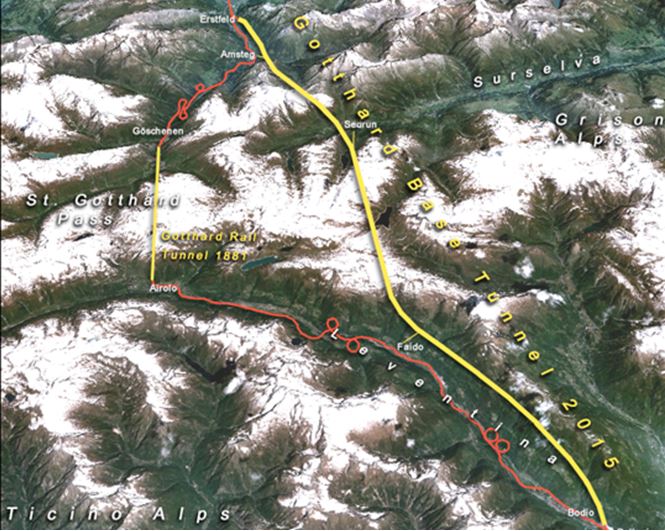 The 57 km Gotthard Base Tunnel (bright yellow) replaces a winding surface route (red) and a shorter tunnel that was built way back in 1881. from Wikipedia

I can not tell you how to get a rock from the tunnel, but I can tell you how to get a very small piece.  On the tunnel’s opening day of June 1, 2016, the Swiss postal system issued two stamps, one depicting the south entry point in Bodio, the second the northern entry point in Erstfeld.  The intervening portion of the souvenir sheet shows the mountains between.  And they incorporated rock from the tunnel into the stamps!   About 15 kilos (33 pounds) of the rock removed from the tunnel was ground into dust and applied to the stamp using a unique style of printing and a special varnish.  You can own a piece of the Alps if you purchase this issue.