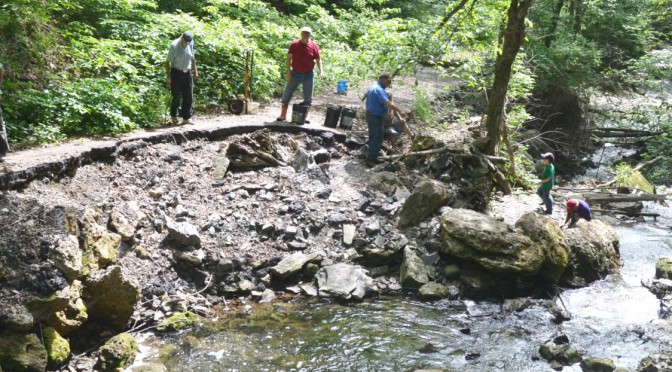 One of my favorite upstate New York sites for a few hours of collecting is Ilion Gorge on Jerusalem Road in Herkimer County, NY. Each winter erosion in the gorge exposes new banded travertine that can be collected in the creek or chiseled from the boulders that have fallen off the gorge walls.  The site is pretty with short waterfalls and lots of green.  When the Wayne County Gem and Mineral Club decided to visit the site on May 39th, I was there with 10 other club members.  We were ready for a day of collecting and camaraderie.

The Late Silurian shales hosting the travertine weather rapidly exposing the banded travertine.  It must be exciting to be along the gorge when it is roaring with snowmelt water.  While the shales erode, the travertine does not and large blocks of cemented shale can be very hard to break and collect.  As this is my second article on Ilion Gorge, I will let pictures do most of the talking this time. 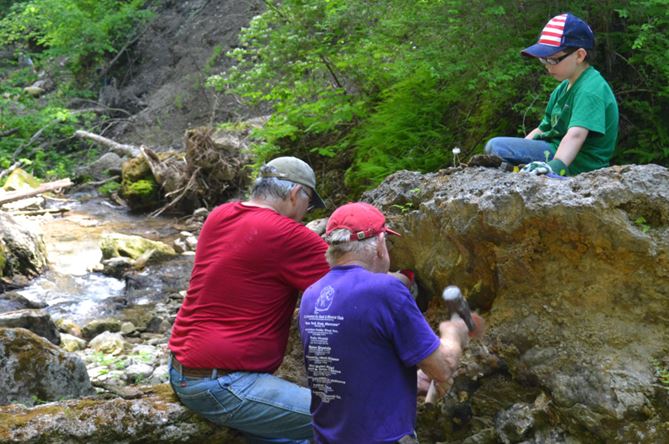 Isaac watches his dad, Ken (in red) and Bill work to extract orange stalactites exposed in a linear vug. Or perhaps they were stalagmites; the boulder Isaac is perched upon must have fallen from the gorge walls in recent years. 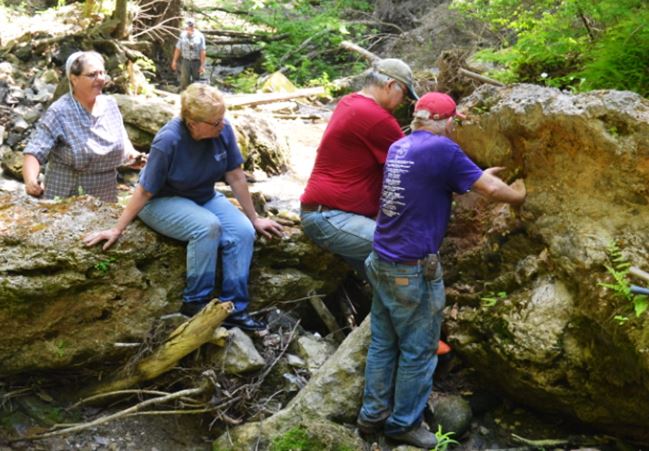 More help for Ken and Bill arrives as Eva Jane and Linda stop by for a peak. It almost looks like a government job with more bystanders than workers. Notice Linda has gotten her feet wet. 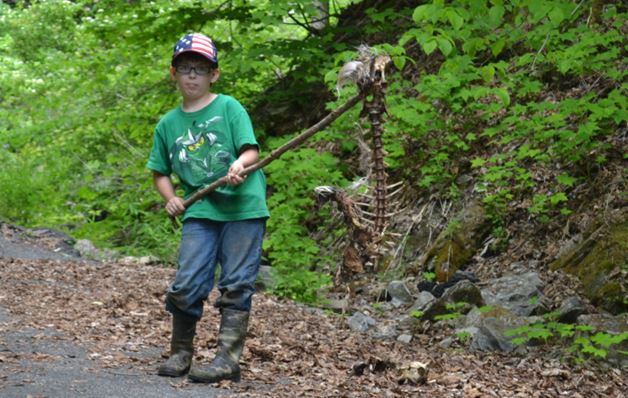 Isaac was not a spectator the entire day. He went collecting also. The look on his face?: well, his dad had just told him that this specimen, a decaying deer skeleton was not going home with him.

The banded travertine is prized for its color. The soft character of travertine makes it very easy to polish. 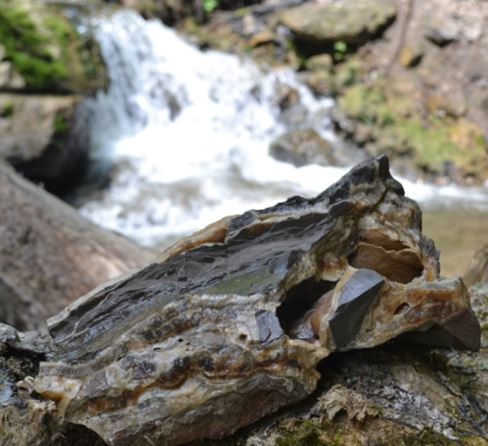