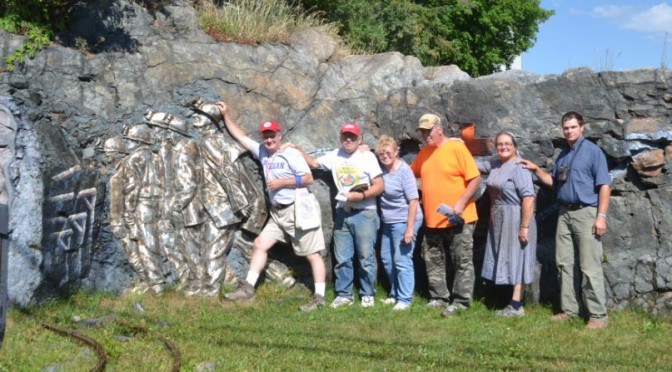 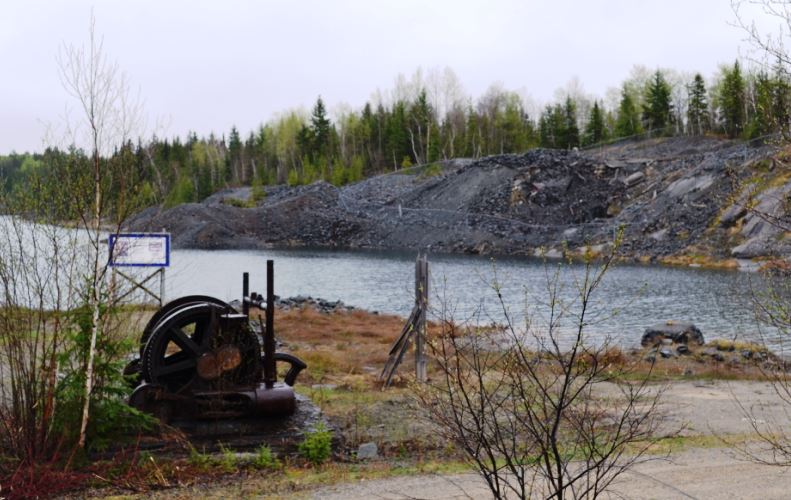 END_OF_DOCUMENT_TOKEN_TO_BE_REPLACED

Just before our visit to the Gouverneur Talc Mine a cave-in had led to a partial collapse to highway 812 and repairs to the road required just about all the available tailings to fill in the damage to the road.  Upon arrival at the mine we were very disappointed because we were expecting some good specimens of hexagonite.  All we found were a few forgotten boulders around the perimeter of the site, so we (about 10-12 persons) made the best of it. Can you imagine all the hexagonite buried now beneath the road! END_OF_DOCUMENT_TOKEN_TO_BE_REPLACED 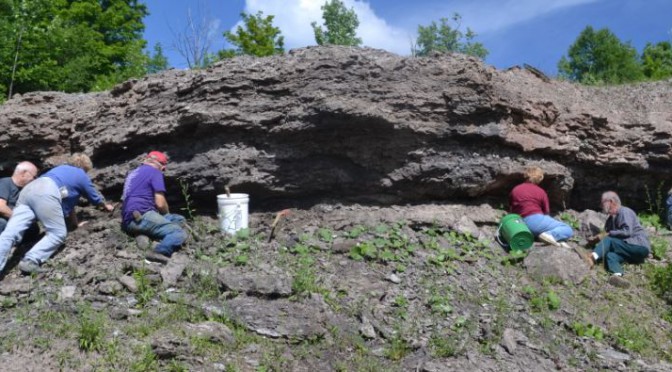 In late June, seven of us mineral enthusiasts set out for a day of collecting near Syracuse.  We concluded the trip with a successful stop in Fayetteville where we recovered selenite.  The site is behind the town municipal building on Route 257.  The small outcrop is not a stand alone destination, but it does makes a nice ancillary stop on a trip into the area.  For us, that meant a 90 minute stop after spending several hours in Ilion Gorge (our second visit there in a month).  The Fayetteville ledge is not as pretty as the Ilion location, but it was a productive stop. END_OF_DOCUMENT_TOKEN_TO_BE_REPLACED 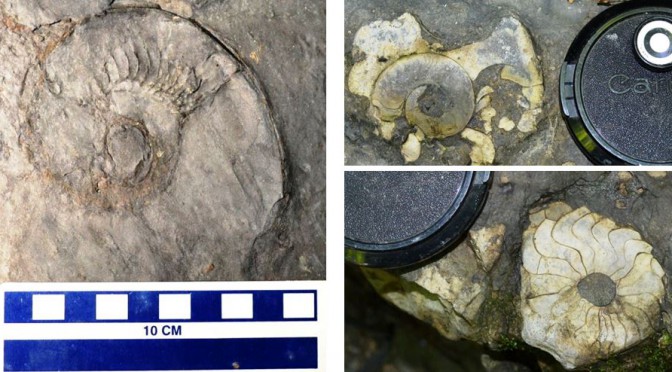 There are so many known fossil collecting sites in western New York that one rarely elects to “explore” new creeks or seek out new locations.  And the Middle Devonian Hamilton Group is so well known in quality, quantity, and diversity of species that there seems little reason to hunt elsewhere.  But on July 11, that is exactly what five members of the Rochester Academy of Science Fossil Group decided to do.  We stepped up section into the Upper Devonian and headed for a gully exposing the Cashaqua Formation near Middlesex, NY.   END_OF_DOCUMENT_TOKEN_TO_BE_REPLACED