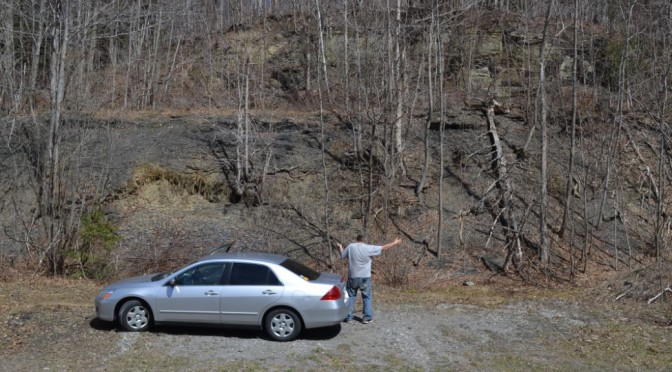 Gary Thomas and I stopped off at the Sheds site en route to Ken St. John’s mineral sale in April.  In the cover photo above, Gary points out the expansive roadside cut behind my trustworthy field vehicle. We found small to medium sized brachiopods, gastropods, and some bivalves in both of the exposed levels.

The exposed shales at the Sheds site are from the Windom shale of the Moscow Formation, the youngest unit of the Middle Devonian Hamilton Group in west and central New York. The schematic stratigraphic column below is full of unit names within which the Wayne County Club has collected in the past year. (the Ledyard and Centerfield members in Bethany and Avon in April, the Wanakah and Jaycox from Green’s Landing last September, the Deep Run and Kashong from Deep Run last July). 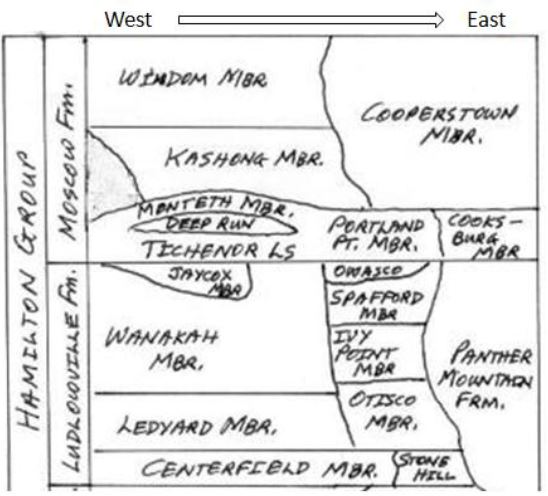 Stratigraphic column of the Ludlowville and Moscow Formations of the Hamilton Group (modified from ”bingweb.binghamton.edu/ ~kwilson/home.htm”)

The sea floor at the Sheds site in central NY was muddy with significant sediment input from the mountains to the east. As a result of the turbidity of the water, sensitive filter feeders like corals and some brachiopods were not able to survive, while gastropods and bivalves found the environment more to their likely. 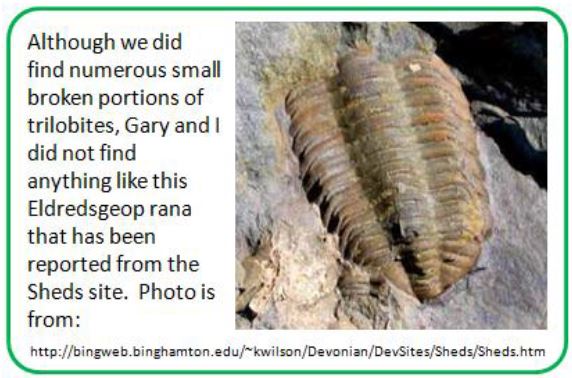 One thought on “Sheds Fossil Site”