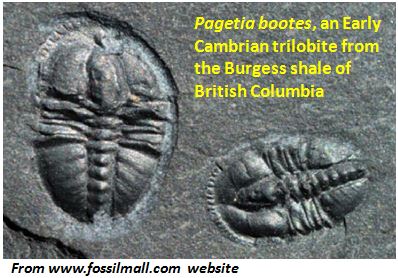 Trilobites became one of the most successful groups of organisms, surviving for almost 270 million years before becoming extinct at the end of the Permian. More than 20,000 species have been described with diverse anatomical features as complex eyes and spiny appendages to blind simple forms. They ranged in size from a few millimeters to a couple of feet long. Some trilobites were nektonic (swimmers) while others were epifaunal (living on the sediment substrate).  There were also infaunal species that burrowed in the sediments. Some were active predators while others were more passive detritus feeders.

The scientific classification of trilobites is broken down from Kingdom Animalia, Phylum Arthropoda, Class Trilobita, and then into as many as ten Orders. This paper will focus on one trilobite in the Order Phacopida. The species Dipleura dekayi was first described by Green in 1832 from a locality in the Middle Devonian (Givetian) of the Hamilton Group of the Skaneateles Formation in New York.

Dipleura dekayi commonly occurs in the sandy shales and shaly sandstones in eastern Onondaga and Madison Counties of New York at the base of the Delphi Station Member of the Skaneateles Formation (Cooper, 1935). Specimens are somewhat less common but may also be found scattered in siltstones throughout the rest of the Hamilton Group. Individual specimens of Dipleura dekayi can reach about 15 cm (6 inches) in length attaining adult characteristics at about 11-40 mm (.38 – 1.5 inches). 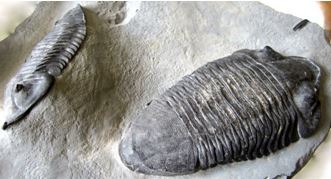 The most notable characteristics in the adult are the presence of segmentation only on the thorax with the complete loss of segmentation on the glabella and pygidium, as well as the loss of the thoracic axial lobe. The immature forms have the axis well developed on the thorax and tail and have a strongly segmented glabella (Cooper, 1935). The eyes are somewhat raised above the glabella suggesting an adaptation for better vision. Riccardo Levi-Setti (1995) speculates that the turret-like eyes of many trilobites protruding from the cephalon could have

been useful as watchtowers above the seafloor while still concealing of the hunter below a layer of sand. From this vantage point, a surprise attack on an unwary prey would certainly lead to a tasty meal. This mechanism for feeding has been observed in some modern crustaceans including the deadly Mantis Shrimp. 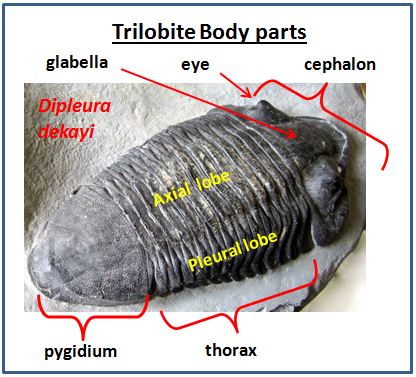 In summary, trilobites were a marvelous evolutionary success in which Dipleura dekayi was just one species. Although extensive research has been completed on trilobites, much can still be learned from this fascinating group. Happy hunting.

It is perhaps worth noting that fine specimens of Dipleura dekayi have been found on two recent Wayne County Club digs. 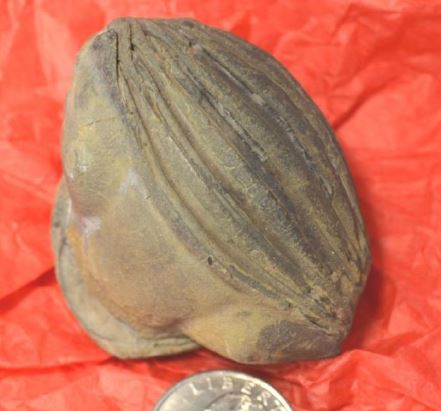 In 2013, Gary Thomas recovered a complete enrolled specimen on a dig along Cole Hill Road in North Brookefield. Gary has named his pet trilobite “phred”. 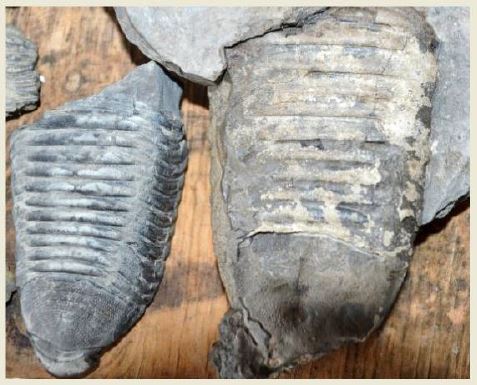 Last July, the Underwood twins (alias the Fossil Fellas), unearthed two Dipluera dekayi thorax and pygidium specimens in the Jaycox Member of the Ludlowville Fm., at Deep Run. The specimen on the right is 50 cm high. We have no word if the boys have named their finds.