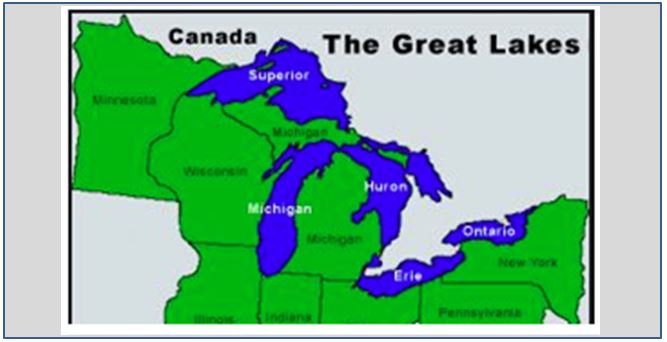 Wayne County has over 35 miles of shoreline on Lake Ontario, the easternmost of the five North American Great Lakes.  Most of us have favorite beaches along the lake for hiking and for rock collecting.  Others seek the solitude of a kayak trip on a warm summer day.  From a safe distance, we watch Mother Nature beat up the coastline each winter and patiently wait for spring and new adventures.  Of course, we’ve also been known to trek west and visit some of those other large lakes.

Sure we all know the Great Lakes are large and very deep and we know they were carved out by glacial action just a bit more than 10,000 years ago.  But I wonder if we truly appreciate just how large and how big these lakes are?  And just how much water they contain.  With a bit of time on my hands when I was not traveling as I would have liked, I thought I’d try to compile some of the numbers and put our little backyard pond into proper perspective.

For starters, did you know that 21% of all the fresh water on the planet resides in the Great Lakes?  If that does not impress you, how about this?  In 2009, the Great Lakes contained 84% of the surface freshwater in North America. 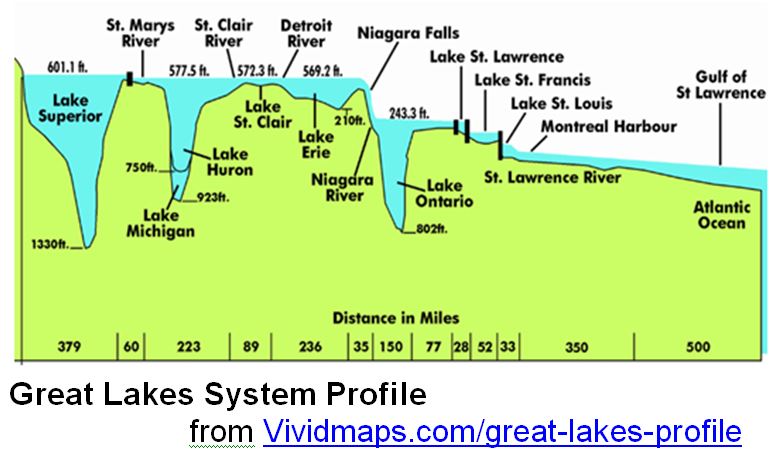 In terms of surface area, Lake Superior is the largest freshwater lake in the world occupying 31,700 square miles   But, because they are deeper, Lake Baikal in Siberia and Lake Tanganyika in Central Africa contain greater volumes of water.  Interestingly, those two large deep lakes have a very different geologic origin than our Great Lakes.  Both occupy rift valleys where tensional forces are actively attempting to split continental plates apart, leading to deep rift valleys that are presently filled with freshwater.

If you desired to drive around all of the Great Lakes, you would need to know that the cumulative shoreline for the five lakes is almost 10,000 miles.  It would take a while.  You could make two round trips from western New York to the Tucson Gem and Mineral Show and still not drive that far.

Our backyard lake, Ontario, is the smallest of the Great Lakes in surface area, but its depth of over 800’ means it has more water than Lake Erie.  Lake Ontario is notably closer to sea level than all the other four “Upper Lakes”, some 320’ below Lake Erie.  This, of course, is due to the Niagara Escarpment and that little waterfall along the Niagara River.

Remember the high water levels in the spring of 2017?  It is estimated that over 4 trillion gallons of extra rainwater entered Lake Ontario during April of 2017.  That is extra water, above and beyond what was coming over Niagara Falls.  It’s like having a large bathtub in your backyard without a control to turn off the tap.

The Great Lakes are an amazing product of geology and climate.  The water and the waterways that connect the lakes are resources that have played important roles in human history and the civilization of North America   Oh, and they also move rocks around, bringing us new ones to collect each and every time we visit.  Enjoy them!

Here is an interesting anthropogenic view of the Great Lakes through population density. Chicago, Detroit, and Toronto are evident, Wayne County (yellow arrow) not so much so. (from reddit.com)