My only “sand” sample of kaolinite, shown in the title box above, is gray.  It is from a kaolin quarry in Gordon, Georgia and came to me courtesy of a mail trade with the Georgia Mineralogy Society.  The kaolinite in central Georgia is Late Cretaceous in age (~70 million years old) and is sedimentary in origin, derived from the weathering of igneous rocks.  This region across Georgia may be better known to fossil collectors seeking terrestrial mammal bones and teeth from the overlying Eocene Formations (Rhinehart, et. al. 2019).

As with many clay minerals, kaolinite can come in a variety of colors and sometimes all of them express themselves at the same location.  In June, German sand collector Frank Winger graced the ISCS Facebook page with a photo of his colorful collection of forty “sands” from the “Süßer Berg” Quarry in Gebenbach-Kainsricht in eastern Bavaria. 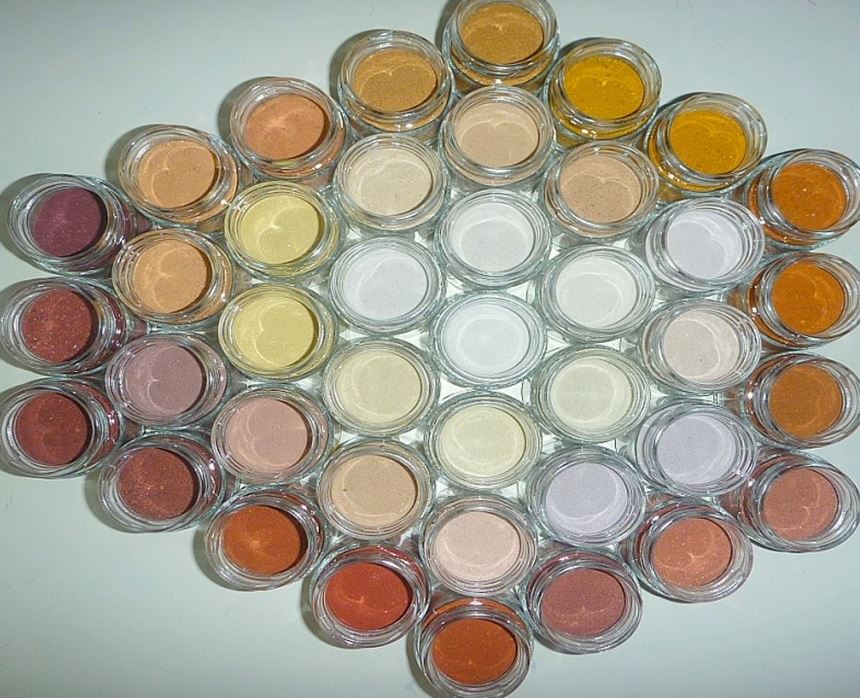 Frank Winger’s sand collection from Gebenbach-Kainsricht: The whiter samples are pure kaolinite for which this region is known. The yellow-orange-red samples reflect the presence of varying amounts of iron associated with different layers that are exposed in the quarry walls.

All of this color is produced by the in situ weathering of granite.  Plagioclase and biotite have been converted to kaolinite, while microcline and quartz have essentially been unaffected by weathering (Kitagawa and Koster, 1991).

Technically, these samples rich in kaolinite are not “sand” as the particle size is too small for them to be classified as sand.  But, Frank tells us that perhaps half of these samples do contain appreciable quartz and are coarse enough to be categorized as “proper” sand.  Regardless of their sediment classification, they represent an extremely colorful set of samples all from the same locality. 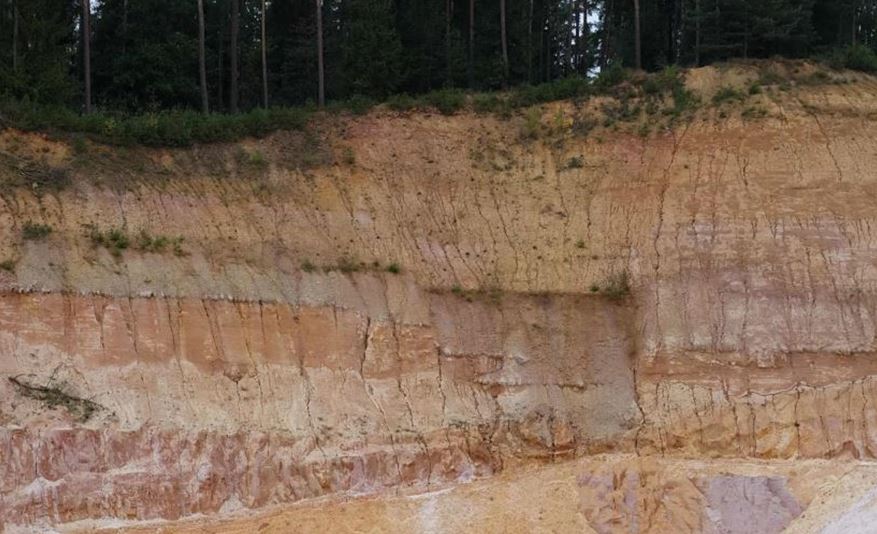 The quarry walls of the “Süßer Berg” Quarry showing the color variation in the kaolinite/quartz layers.

Approximately 40% of the kaolinite quarried and mined worldwide is used in the filling and coating of paper.  The clay mineral provides body, gloss, color, opacity and printability.  It is also used extensively in the ceramic industry as its high fusion temperature makes it ideal or china, porcelain, and a number of in other refractory applications.  The fine particle size and whiteness (when pure) make it a valuable additive to paints, some cosmetics, and ink.

Kaolin is named after a hill in China (Kao-ling) from which it was mined as far back as the 8th century.  Currently, the phyllosilicate clay mineral is found and mined worldwide, although the Georgia kaolin belt is the world’s largest kaolin producing province (Schroeder, 2003).