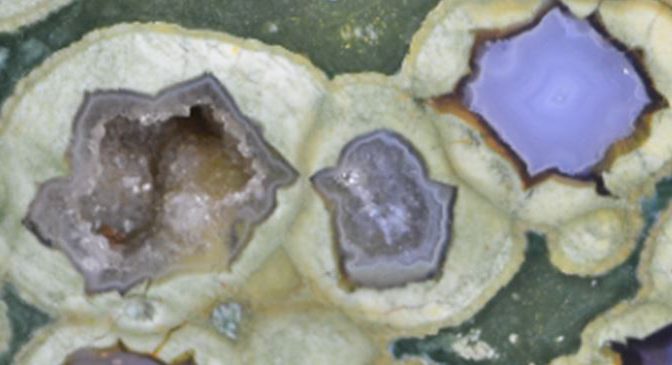 Each month at the Wayne County Gem and Mineral Club Saturday club workshop our President (who doubles as our Collection Curator) brings along something from the club collection to raffle off to all who attend the workshop.  This month she arrived with a superb spread of unpolished slabs of Rain Forest Jasper, a very specific form of jasper from the Mt. Hay volcanic field in central Queensland, Australia.

Jasper is an opaque variety of chalcedony, often multi-colored and with unique patterns, that is commonly associated with continental, silica-rich, volcanic rock.  The wonderful patterns develop as the lava continues to slowly flow while consolidating into a hardened rock.  Geologists refer to rocks like Rain Forest Jasper as spherulitic rhyolite: rhyolite based on its composition which is similar to granite, and spherulitic due to the gas bubbles that were trapped during formation and later filled by agate, clear chalcedony and sometimes quartz.   The green color in Rain Forest Jasper is unique as most jasper is red, colored by iron trapped during crystallization. 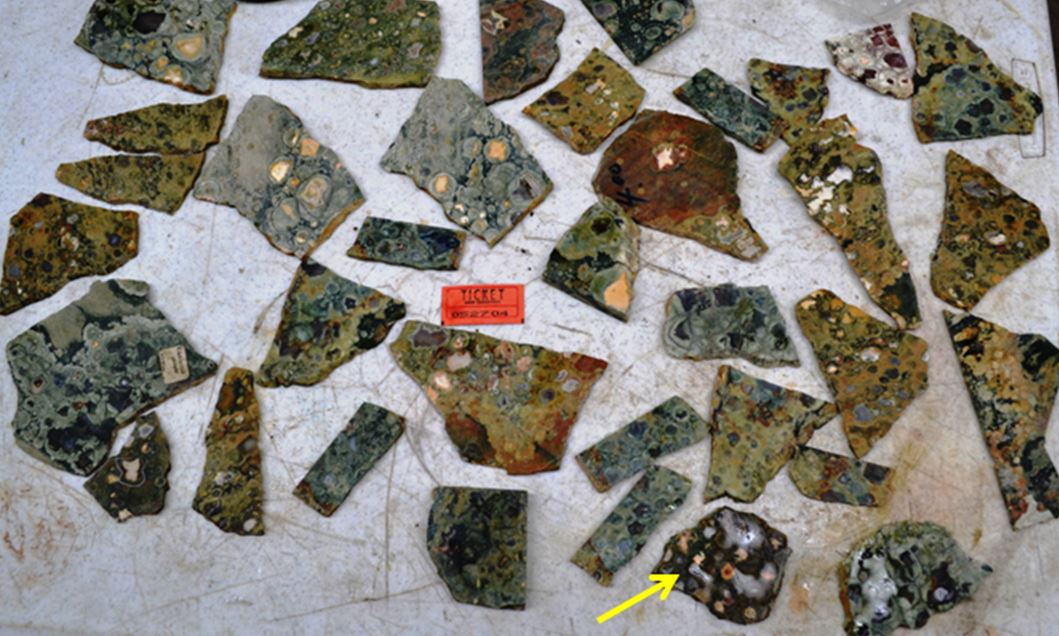 The selection of Rain Forest Jasper at the workshop raffle. I picked out the one with the yellow arrow with about the 10th pick.

The spherulites in Rain Forest Jasper typically shrunk from the inside while the lava was cooling leaving complex polygonal cavities in the center.  These cavities were later filled by colorful chalcedony when low-temperature hydrothermal fluids invaded after the rock had lithified (see photo in the title box, which is from Mindat entry on Mt. Hay).  When these agatized spherulites weather from the rhyolite they are termed “thunder eggs”.

The jaspers of the Mt. Hay volcanics have been dated to be 120 million years old, a time when Cretaceous-aged dinosaurs like Allosaurus and Anklyosaurus roamed the Australian continent.  Hopefully, they all stayed away from the viscous lava flows in eastern Australia. 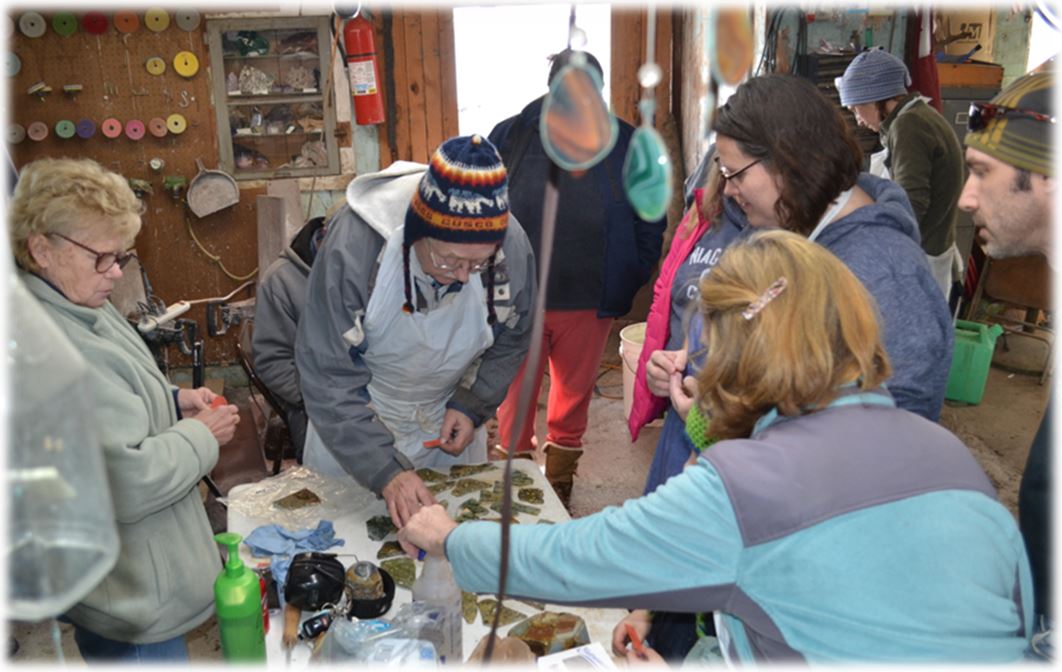 Bill Lesniak had the first draw. He spent about an hour inspecting them all before making his selection.