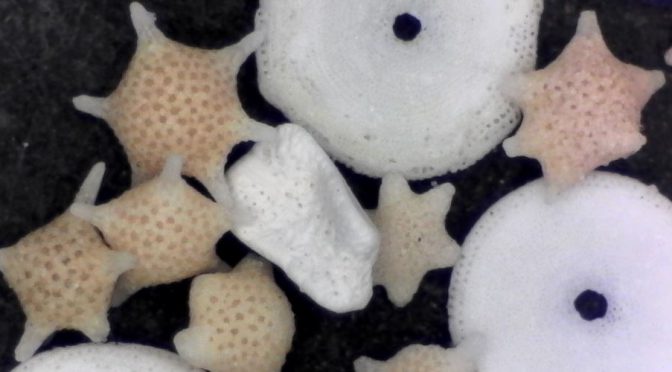 This winter I have been an active sand trader, acquiring sand from around the world in exchange for some I collected on our club trips last summer.  I could fill a book with stories and pictures of these sands and their locations.  However, for now, I have selected one location and two sands to highlight.  But first, a little history and a bit of geology.

The South Pacific island of Guam played a key role during World War II.  The strategically located island was occupied by Japan shortly after Pearl Harbor.  The island became a valuable naval and air force post for Japan for 31 months until a 3-week battle in the summer of 1944 when the United States recaptured control of the small island.  After the war, Guam became an unincorporated US territory.  Today, its 160,000 inhabitants are US citizens.

Geologically, Guam is the southernmost of a volcanic chain of islands called the Marianas.  These isolated islands were created by the complicated interaction of three oceanic tectonic plates.  The islands ride on the small Mariana plate which is caught between the very large Pacific Plate on the east and the Philippine plate on the west. 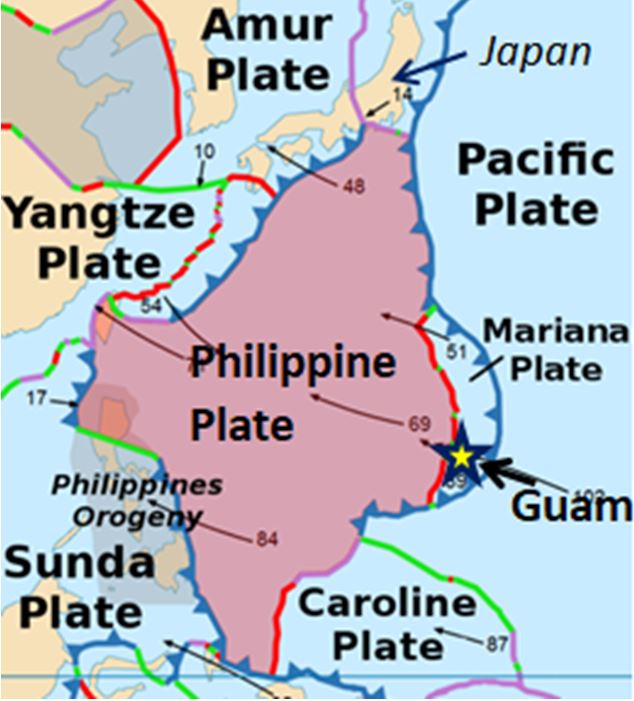 The Pacific plate is being subducted under the Marianna plate forming the Mariana Trench, the deepest subsea location in the world.  At its deepest, just 120 miles southeast of Guam, the trench is over 36,000’ feet deep.  If Mt. Everest were placed into the trench, its peak would still be over a mile underwater.   Because of its proximity to plate margins, Guam does experience earthquakes, but the volcanoes on the island are no longer active.

Guam is in the topics and as a result, coral reefs surround most of the island and the beaches have become popular tourist destinations, particularly of Japanese, South Koreans, and Americans.  And, as I learned this winter, Guam’s beaches are home to some really interesting and exotic sand.  I acquired two such sands in a trade with a collector from Massachusetts, Leo Kenney.  For an island of only 200 square miles, the beaches vary significantly.

In contrast, the beaches along the northern portion of the island are white to light tan and consist of fragmented coral and the shells of lots and lots of tiny single-celled animals called foraminifera (forams for short).  The dominant species at this site is Baculogypsina sphaerulata, also known as star forams for obvious reasons when you look at the picture below or the 1-2mm shells in the title box. 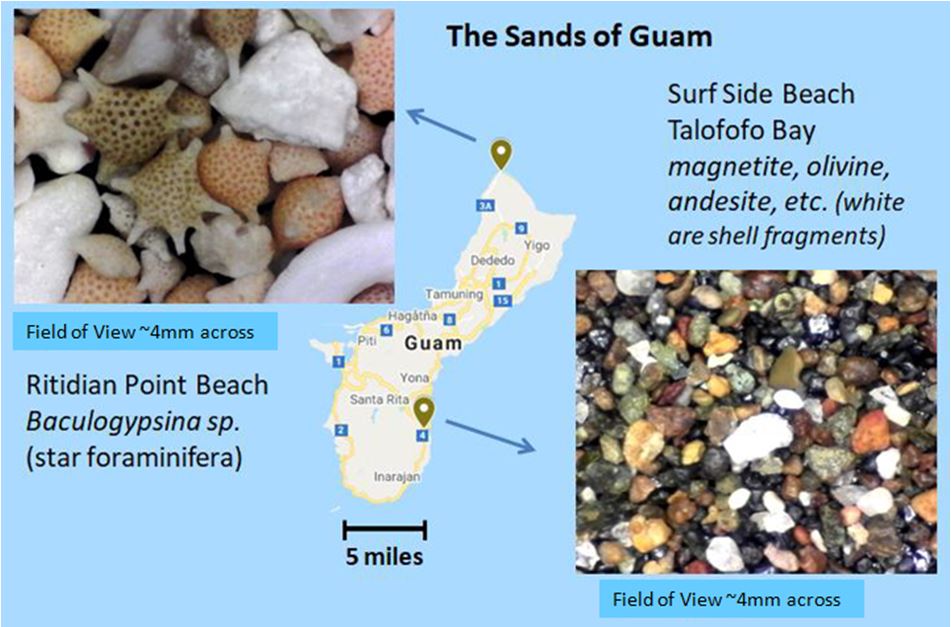 Just more proof that no two sands are alike.