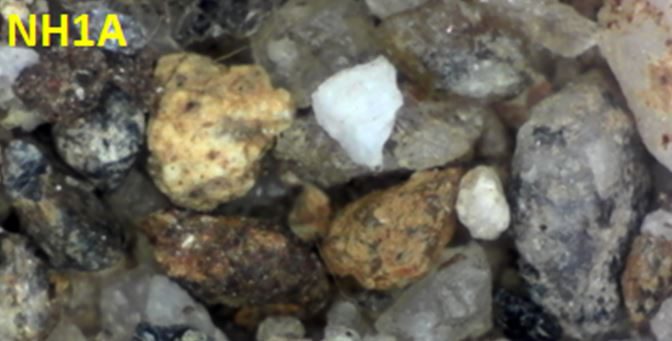 It seems many sand collections focus on ocean beaches.  This is understandable.  The settings provide gorgeous destinations and the sands can be wonderfully textured.  I like beach sands, but don’t want to short-change river sands in my collection.  Unlike beaches, where provenance is hard, or even impossible, to define, river sands offer an interesting opportunity as their provenance can be determined.  Naturally, this is not easy if your sample comes from the Mississippi River delta but consider the other extreme, a sand sample from a mountain stream.

Last July, I traversed the White Mountains of northern New Hampshire on a return trip from Maine.  Just off Route 2 north of the Presidential Range is a short, 3 mile (5 kilometers) drainage between two ridges on the steep north slope of Mt. Madison.  It is called Bumpus Brook and a small bridge along Pinkham B Road allows access.  Much of the creek’s sediment load is larger than sand size with cobbles and small boulders strewn along the flowing stream.  But, at bends on both sides of the bridge, there are sand bars that can be sampled. 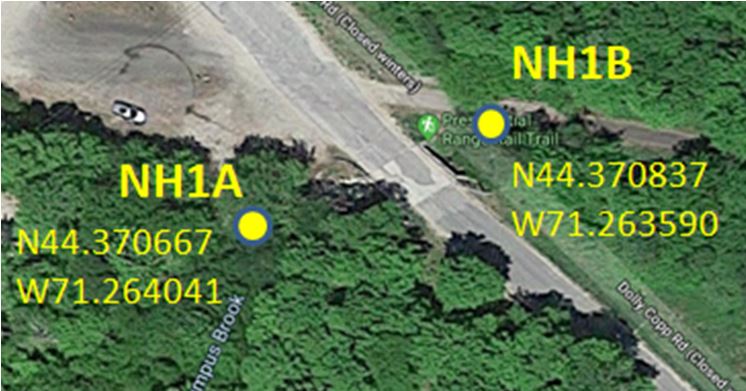 The locations of two White Mountain sands collected along Bumpus Brook in July of 2019.

The sands are generally coarse, poorly sorted, and most grains are angular or sub-angular.  This is likely explained by the short distance of transport and the steepness of much of the stream’s course.  It is likely those grains are products of recent erosion, at least from a geologic perspective.  The bedrock in the drainage basin of Bumpus Brook is mapped as interbedded and  deformed  Silurian  and  Devonian schist, gneiss and quartzite.  These Paleozoic metamorphic rocks are draped over the 120 million year old granitic magmatic intrusives that uplifted the White Mountains and now comprise the core of the Range (Eby, 1995, Eusden and others, 1996). 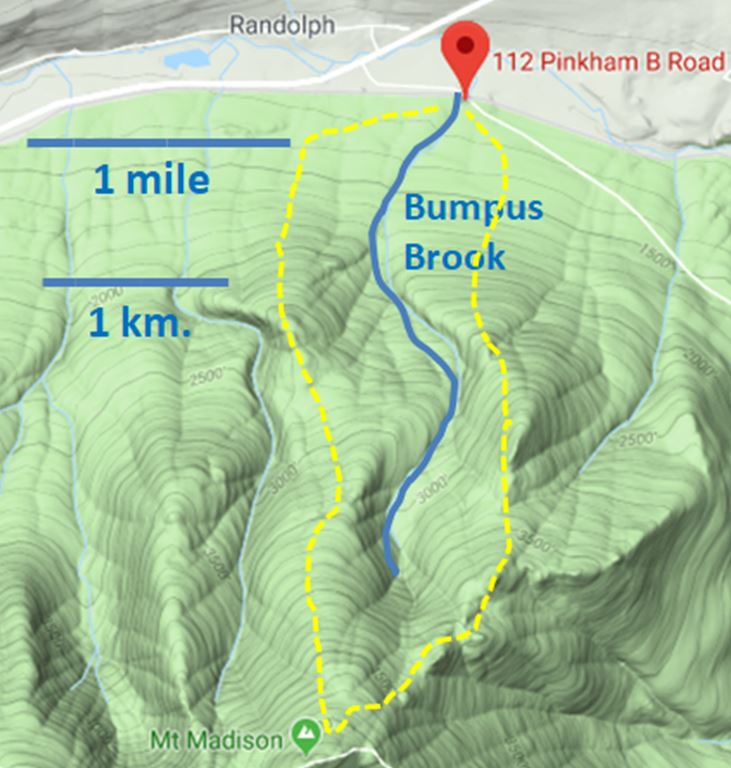 Garnet and andalusite are mentioned in the descriptions of the metamorphic units along with the ubiquitous presence of quartz and feldspar.  I found a few garnet grains, but doubt I would recognize andalusite as a sand grain.  Most of the sand and fine gravel grains are rock fragments of either gneiss or granite.  Interspersed among the rock grains are quartz grains that were liberated from host gneiss or granite and some non-descript material that I believe is quartzite from the Silurian Rangley Formation.  A bit of muscovite has survived, sometimes adhering to quartz grains.  A few scattered magnetite grains jumped onto my magnet, but most black grains did not.  They are likely amphibole minerals from the metamorphic rocks in the region. 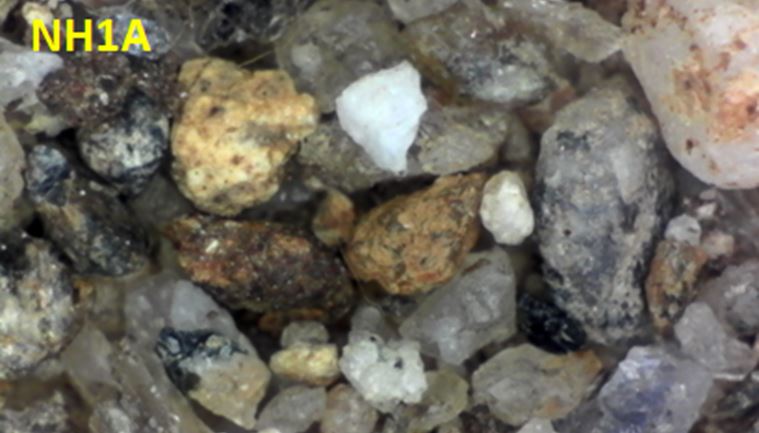 Bumpus Brook sand is coarse-grained, poorly sorted and consists mostly of rock fragments. The FOV is 6.5mm across.

By itself, the coarse sand along Bumpus Brook may appear nondescript and even boring.  But taken in its geologic context, the mountain sand tells a story that transcends three geologic eras, multiple mountain-building episodes, and most recently,  continental glaciation.  It might be interesting to carefully compare sands from all the drainages surrounding Mt. Madison.  Maybe this summer!