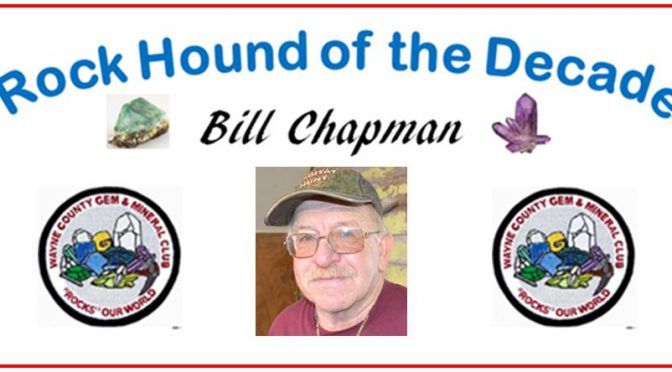 It is with much pleasure that I share Wayne County Gem and Mineral Club’s September announcement.

WCGMC does not have a Rockhound of the Year Award for 2018.  The person we wish to acknowledge this year has done too much for too long for that simple title.  Instead, we proudly proclaim Bill Chapman as WCGMC Rockhound of the Decade.

Over the past decade (probably more), Bill has led dozens, more like hundreds, of field trips.  His pursuit of new sites led to the WCGMC slogan “Always Looking for Places to Dig”. Some locations, like our annual spring trek to Pennsylvania, have become regulars on our busy schedule.  His love of Herkimer Diamonds, Devonian fossils, Adirondack minerals and much more is contagious and seemingly unbounded.

But it goes beyond field trips.  If you have been to a club workshop with Bill, you have seen him inspiring new members by helping them cut or polish a cabochon, or load a rock into a saw.  His outreach efforts with kids are legendary.  Whether at our show, or at a YMCA or Camp Good Day event, or perhaps in the field, Bill is always there with a helping hand. 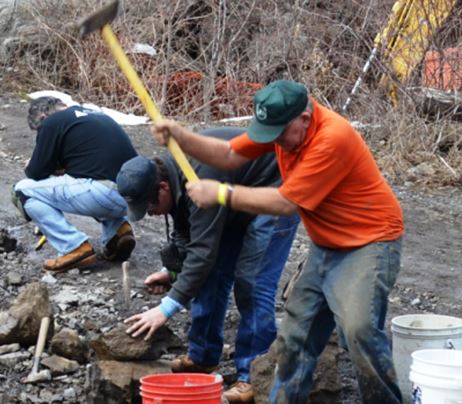 A HELPING HAND: March, 2016 at the Che-Hanna Show in Pennsylvania.