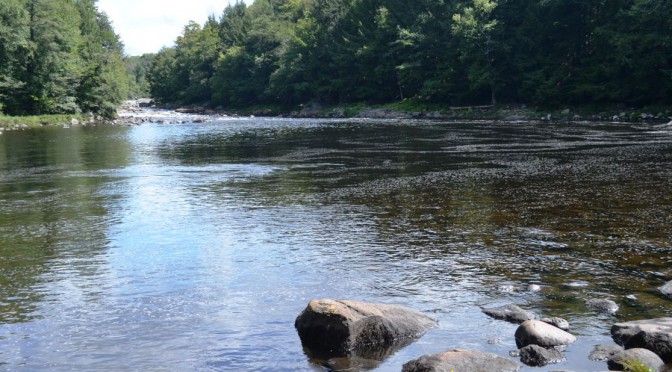 When most of us think of quartz in New York State we think of Herkimers.  Yes, that is quartz and they are very nice.  But last summer WCGMC found another site in the state to collect quartz and get wet at the same time.  In September, we searched the shores of the Moose River.

The metamorphosed sedimentary rocks cut by the Moose River along the southwestern flank of the Adirondacks are dominated by garnet and cordierite bearing gneiss, dark amphibolites, and biotite schists.  But, in at least one location a dipping greenish quartzite unit (metamorphosed and chlorite-coated sandstone) is exposed by the river.  The region is mapped as “undivided metasedimentary rock and related migmatite” on the New York State Adirondack Region geology map, which is a fair assessment given the variety of rock types present. 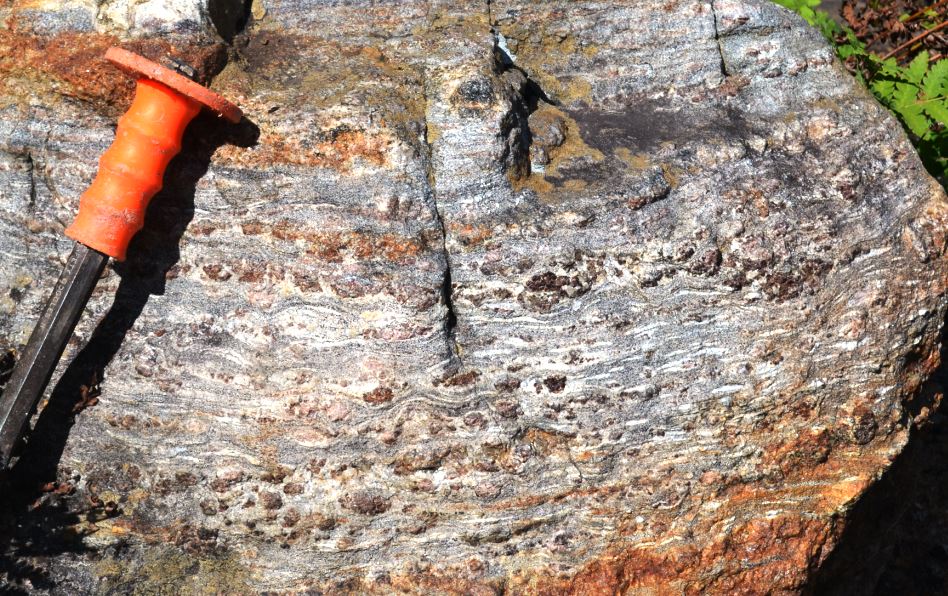 A boulder of garnet and cordierite gneiss along the Moose River. The reddish almandine garnets are apparent, the blue-grey mineral surrounding many of the garnets is cordierite. This assemblage is very useful to petrologists studying the metamorphic conditions for this region of the Adirondacks.

The greenish quartzite encountered on the south side of the river a few miles west of McKeever is locally fractured and brecciated (perhaps a fault zone?).  The fractures and vugs are filled with milky quartz.  Terminated crystals, mostly pencil sized, but some finger sized, line the fractures and fill vugs, often associated with calcite. Specimens can be found along the shore where the river has eroded the fractured quartzite or they can be found in the river. 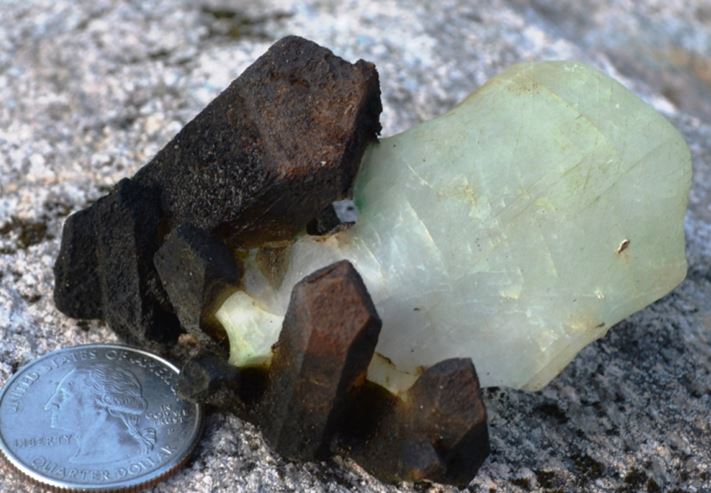 Quartz crystals found under water are typically completely covered with an oxide coating (manganese?) and the associated calcite has been slowly etched by the mildly acidic river waters. This little gem was found in about 3 feet of water several feet from the shoreline.

At the same embayment in the river where the quartz is found, there are also river rocks of a bluish marbleized limestone with embedded small pyroxene crystals and phlogopite. The quartzite unit can be found in outcrop, but the marble unit does not appear to be exposed.  Most likely the marble unit is less resistant and is under cover along the shoreline.  Significant outcrops of gneiss and migmatite dominate the rest of the shoreline and the rocks in the river. 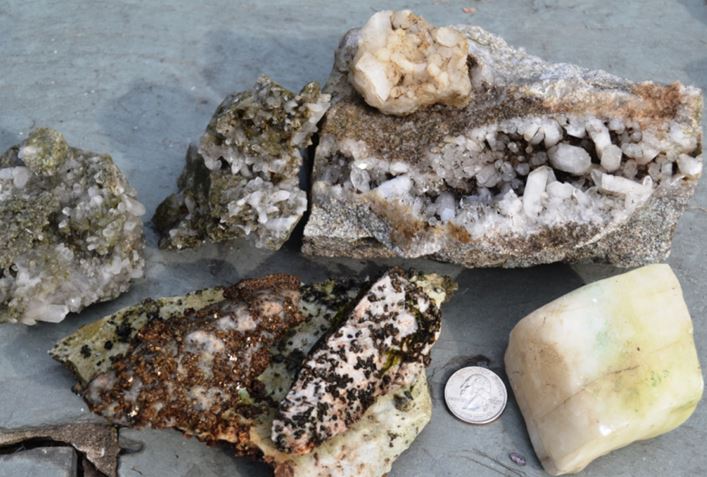 A sampling of rock from Moose River. The upper row contain quartz crystals. In the lower left is a piece of bluish marble containing augite. The etched calcite rhomb was found in the river.