Wayne County Gem and Mineral Club has decided to make 2016 the year of the Birthstone.  And isn’t garnet a great way to get started! 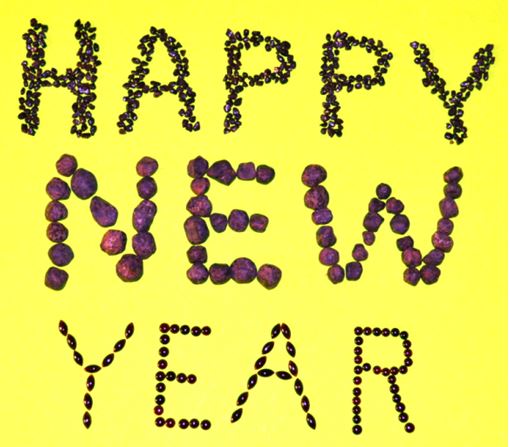 Garnets are hard  (Moh’s hardness of 6.5-7.5), or as hard or harder than quartz.  As members of the isometric crystal system garnets are symmetric with three equal and perpendicular axes.  Garnets are colorful: red, yellow, green and many shades of each.  And garnet is the birthstone for all born in January.

Structurally, garnets are simpler than other silicate mineral groups like amphiboles or tourmalines. 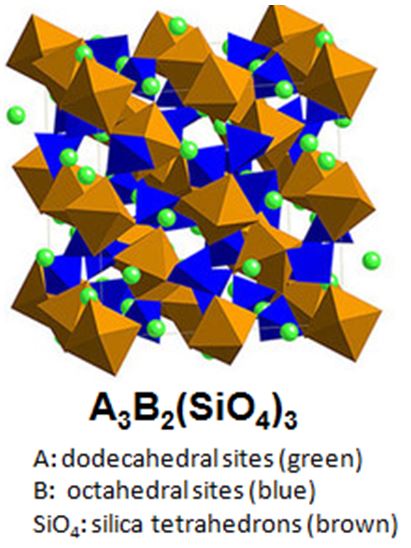 Garnets are nesosilicates which means that the silica tetrahedrons upon which all silicate minerals are built are isolated and only connected by elements occupying interstitial locations in the mineral lattice.  In the case of the January birthstone, there are actually two interstitial locations, a large octahedral site and a smaller dodecahedral site.

Although a member of the isometric (or cubic) crystal class, garnets typically display dodecahedral form, the simplest of which has 12 surfaces, each a pentagon with five equal sides.  There are several variations and rhombic dodecahedrons are the most common in the garnet family.  And to be complete we should mention trapezohedral habit, where the surfaces are “kites”.  In geometry, kites are quadrilaterals with two pairs of equal length sides that are adjacent to each other.  You know, like a kite! 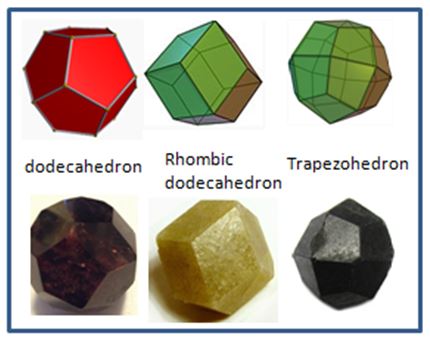 Chemically, most garnets come from one of two solid solution series.  Pyralspite garnets have aluminum in the octahedral (B) site.  With iron in the dodecahedral site, the mineral is almandine, with magnesium in that site the mineral is pyrope.  When the site is occupied by a significant amount of both Fe and Mg the mineral or gem will often be called rhodolite.

Spessartine has manganese in the interstitial B lattice position and is typically orange.  However, brilliantly red-violet spessartines are found in Colorado and Maine.

The ugrandite series of garnets are characterized by calcium in the dodecahedral (A) site.  With iron in the B site, the mineral is andradite.  The mineral grossular has aluminum in that site.  Solid solutions of the two are  refered to as grandites.

There are also variations of ugrandites based on color.  Although not recognized mineral names, bright green andradite is termed demantoid and black andradite is referred to as melanite.  Cinnamon brown grossular like that on the Canadian stamp in the header is called hessonite. Grossular garnets from parts of Africa are called tsavorite. When chrome occupies the B spot, the result is dark green uvarovite.  As garnets, all can be gemmy. 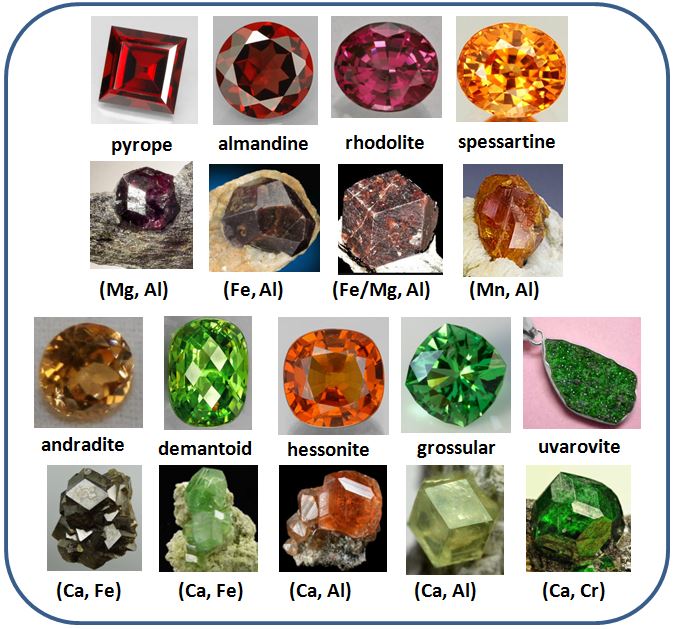 Garnets are very common and form in a multitude of geologic environments.  Perhaps the best known are those found as large grains in metamorphic rocks such as schist and gneiss.  These are known as porphyroblasts if they grew in place during deep burial metamorphism.

Another environment where garnets grow large is when magma intrudes limestone.  Silica-rich fluids from the magma react with the limestone to form silicate minerals. Grossular-andradite garnets are found at the Lewis Wollastonite Mine in the eastern Adirondacks.   Andradite is a common mineral in the skarn assemblage at the Marmora Quarry east of Toronto. 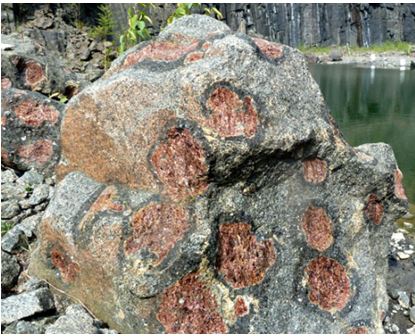 The garnets wishing you a Happy New Year on the front page are all almandines from the club collection.  The larger ones spelling NEW are interesting.  They are star garnets from India.  The internal stars originate from tiny rods of rutile arranged along crystal planes.  When the garnets are cut into cabochons or spheres the rutiles reflect light from the partially opaque interior of the stone.  Star almandines are also found in Idaho, but are generally quite rare elsewhere.

WCGMC has a lot of raw star garnets that look like the one on the left. Come to a workshop and see if you can turn one into the stone on the right!

Man has been attracted to the color, morphology, and splendor of natural or cut gems as far back as recorded history can reveal.   There is evidence that as early as the first century connections had been made between certain gems and the twelve signs of the zodiac.   Throughout the first millenium, and well into the second,  the practice was to own twelve stones and wear or display one during each zodiac period.   It was not until the 18th century that gem traders in Poland concocted the idea of associating own’s birth month with a specific stone or gem.  Driven by commercial interests, the concept of a birthstone was born.

However, the idea was not well defined or practiced until the National Association of Jewelers met in Kansas in 1912 and announced the modern list of birthstones.  Amazingly the list they proposed at that time has survived for over 100 years with very little change.  Alexandrite and citrine have been added to June and November respectively, and zircon replaced lapis in December, but most month’s assignments have survived the passage of time.   Twice in the past 15 years (2002 and again in 2006) gem traders have attempted to add tanzanite a birthstone, first for December and later for all births, but the suggestion has not been universally accepted.

WCGMC has decided to make 2016 the year of the birthstone.  Each month the birthstone for that month will be featured in the newsletter, both as a gemstone and as a mineral specimen.   New York locations for the gem or mineral will be duly noted.  Perhaps we can plan some trips to collect a few of them.  However, we are not planning a trip to collect garnet in January!