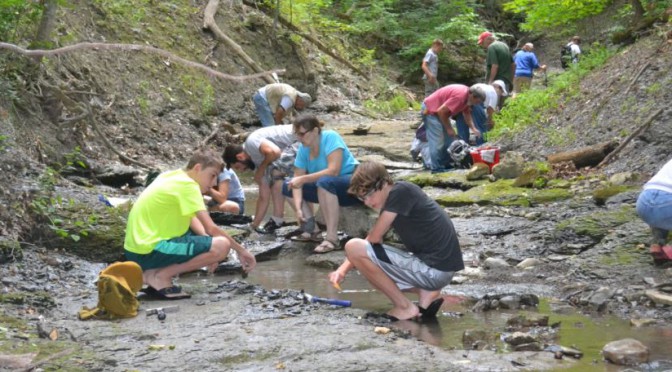 The benefit of attending a field trip with someone who has done their M.S. Geology thesis in the area is actually knowing what you are collecting and what unit you are collecting it from.  At Green’s Landing we traipsed upstream through several marker units in the Wanakah member of the Ludlowville Formation and then were able to isolate and collect from each fossil bearing unit in the Jaycox member because Stephen Mayer could identify them and their fossil assemblages. 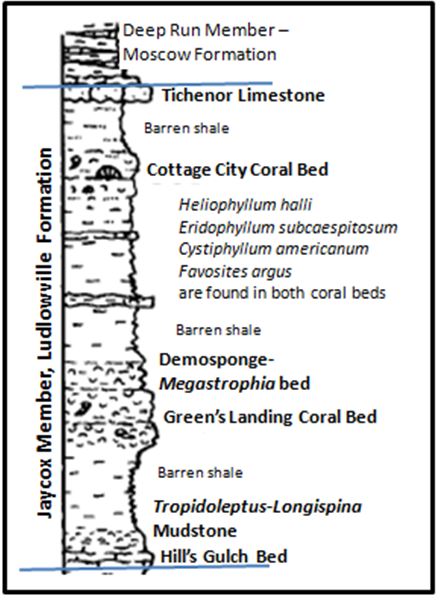 Detailed stratigraphy and marker fossils in the Jaycox member at Green’s Landing (from Mayer et. al., 1994)

The creek at Green’s Landing is privately owned and not accessible without permission of the land owner.

And now some pictures of the day’s finds. 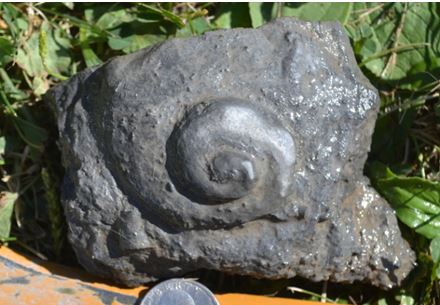 How about that for a Naticonema lineata gastropod! 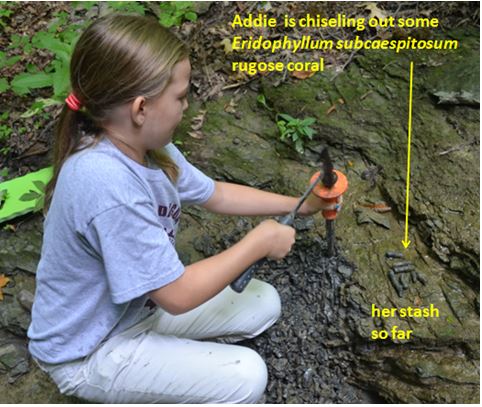 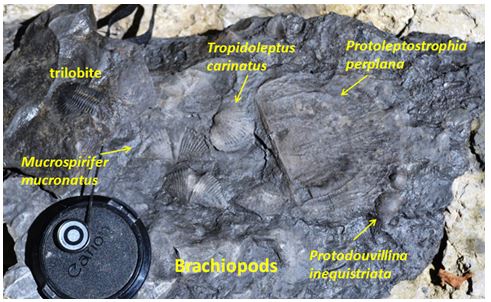 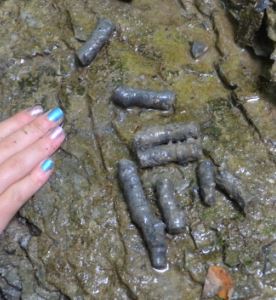 And a close-up of some Eridophyllum subcaespitosum, or finger coral for short.

Favosites argus colonial coral. Specimen on the left shows the internal costae while the whole specimen on the right displays the external polygonal corallites.