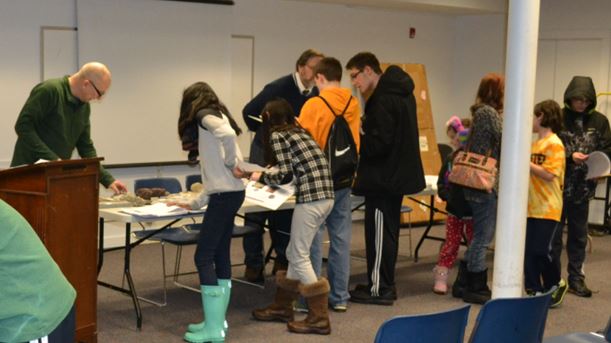 The weather outside was frightful, but the fossils inside delightful!  Twelve local Science Olympiad students from five Rochester area schools and their coaches braved the freezing rain to take advantage of the Rochester Academy of Science’s Fossil Night on March 3rd to bone up for their upcoming competition on March 14th.   The event was held in the Brighton Community Center behind the Public Library.

The students brought their notebooks and their inquisitive minds while several club members set up labelled exhibits from their personal collections.  In addition, a test table was set-up where the students could work on their own to try and identify more than two-thirds of the fossils from their Science Olympiad list of 93 animals and plants. [Continue Reading to see some pictures of the event] 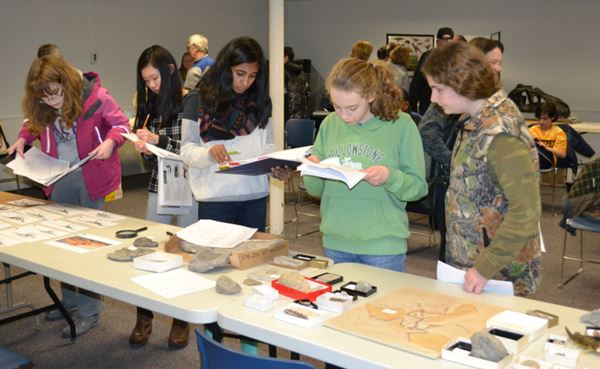 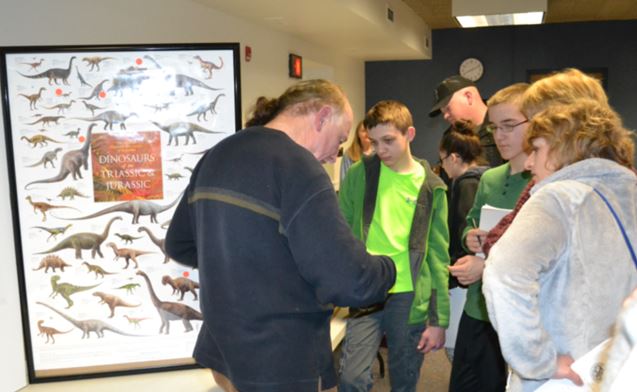 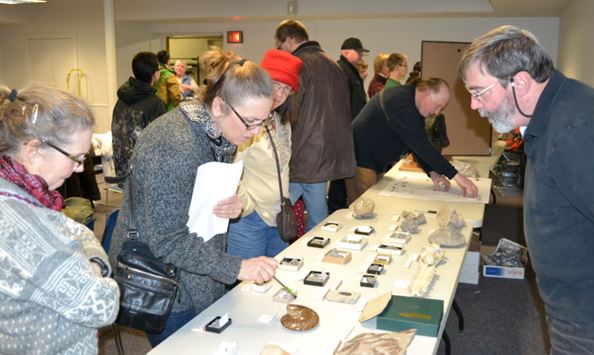 Our March meeting with fossil demos was a hit for Middle School students and club members alike. Here, the sutures on one of Dan Krisher’s cephalopods are being admired. Mike Grenier has a crowd with the dinosaurs in the background. 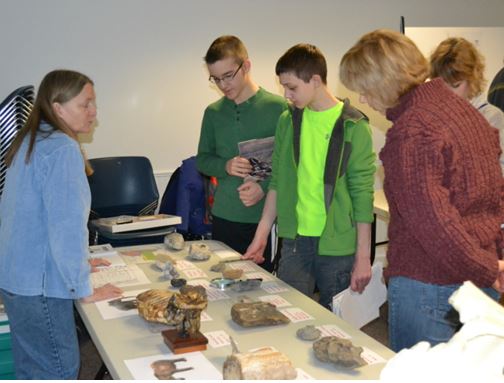 John Handley (left) helps at the “test” table. Over two-thirds of the 93 different fossils the students are responsbile for were on display for them to identify.