Although calcite crystals are not available, collectors can focus on recovering colorful botryoidal specimens that grew in fractures with sufficient open space to produce the attractive geometry.  Or one can look for highly banded more massive travertine that can be polished or slabbed.  This form of travertine is often  termed flowstone.   Occasionally, or maybe rarely, one can find stalactites where the travertine must have grown on the roof of an opening, perhaps caused by the collapse and removal of shale below. 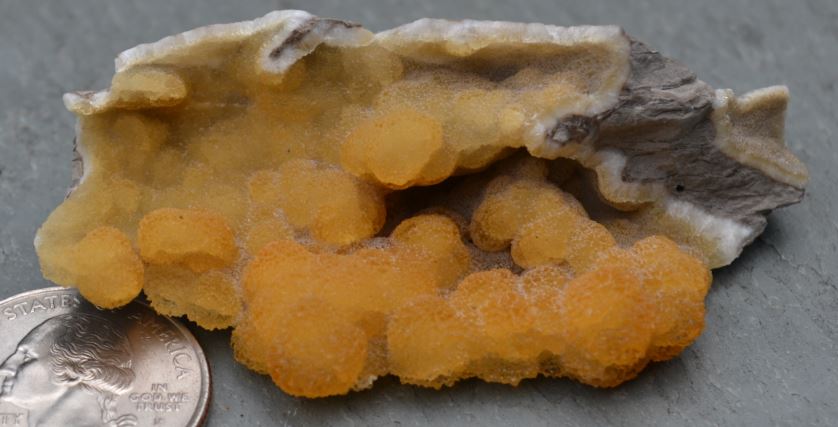 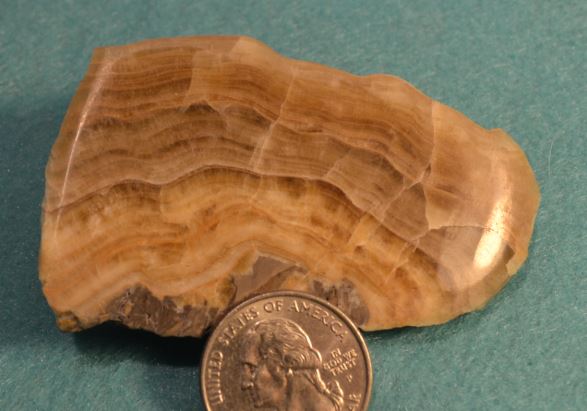 Generally, we think of travertine as a product of thermal spring activity such as Mammoth Hot Springs in Yellowstone or the deposits in Hot Springs, Arkansas.  However travertine can form in low temperature environments also.  At Ilion, the ridges along both the north and south side of the gorge are capped by limestone while the gorge has cut into the underlying shale.  Carbon dioxide-laden rain water slowly dissolves the limestone along underground cracks and fissures.  When it enters the underlying shale, the ground water is now fully saturated with calcium carbonate and carries elevated dissolved carbon dioxide gas.  When this water emerges in springs along the gorge walls the carbon dioxide is rapidly released to the atmosphere resulting in a sudden and dramatic increase in pH.  With pH increasing calcium carbonate (calcite) is no longer soluble and travertine is precipitated.

Often this travertine is mixed with algal material or inorganic ions such as iron yielding colorful layering (see photo on previous page).  Banding or layering in the travertine can reflect seasonal changes in the chemistry of the spring water or the surface conditions when the travertine formed.  Slabbed travertine from this material can be particularly pretty.

Given the constantly wet nature of a spring filled gorge, moss lines the gully walls in many places.  This creates another interesting geologic condition. When the carbon dioxide release from emanating spring water occurs in a moss laden region of the gorge, the moss can be calcified, preserving the actual texture of the plant itself. 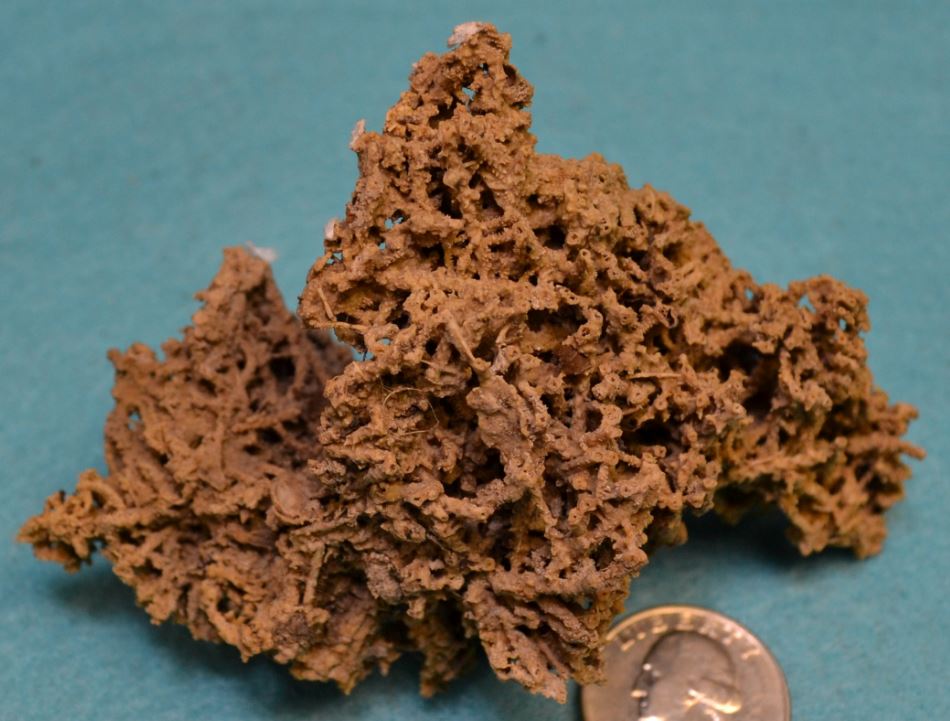 In places, the moss along a significant section of the south facing gorge wall just west of the main travertine site seems to have been fully calcified.  Often, fresh moss is growing directly atop a calcified moss base creating a very interesting and dynamic interplay between biology and geology.