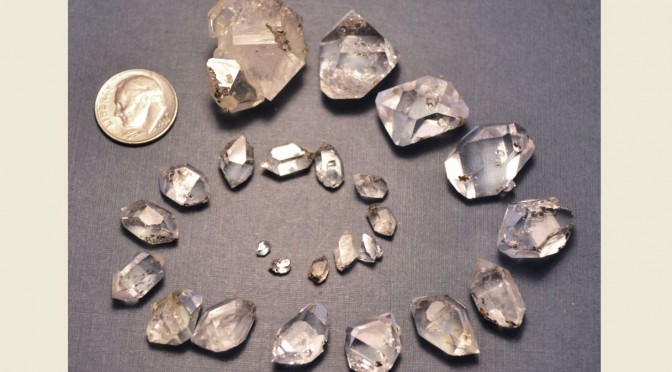 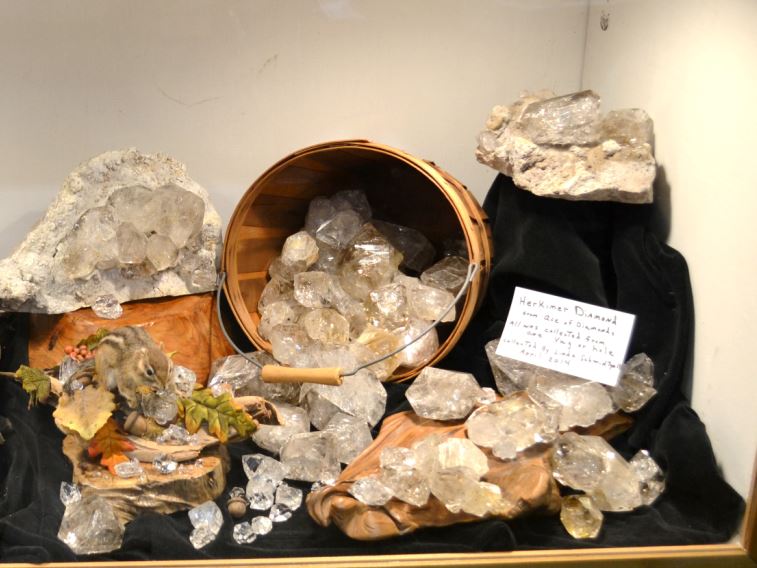 Linda Schmidtgall displayed some of her large free standing and matrix Herkimer diamonds at GemFest 2014, the Wayne County Club Annual show in June).  Note the chipmunk in the lower left for scale.  These are whoppers!

This is actually the second time that the state senate has approved such a measure, but in 2011 the senate legislation was not acted on by the state assembly.  We’ll see if the two houses can come together this year. Companion legislation in the Assembly is being sponsored by Assemblyman Steve Englebright.

Did you know that in addition to the Eurypterid state fossil, New York has an official gemstone (garnet), shell (bay scallop), bush (lilac), salt water fish (striped bass), and reptile (snapping turtle, but not an official state mineral. 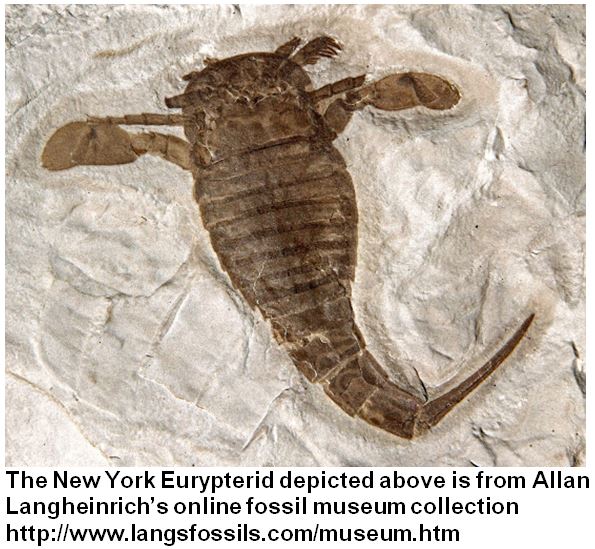 On the June 24th club field trip to Ilion and Cole Hill, eight WCGMC collectors stopped briefly at a site in Litchfield, NY where these critters have been previously found.  The two large specimen that Jerry Donahue displayed at GemFest this year had come from the Litchfield roadcut.  Unfortunately none were found at the site this visit. — maybe next time.