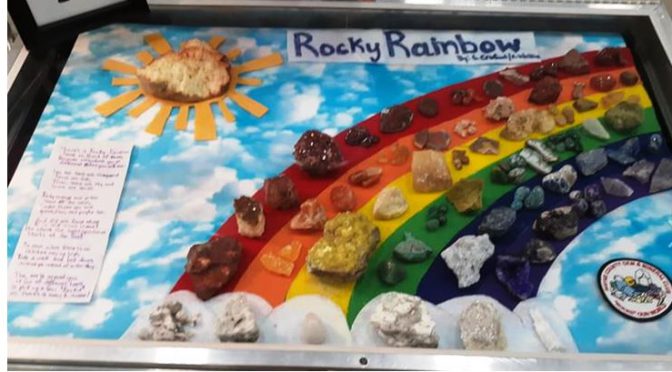 The Wayne County Gem and Mineral Club offered two awards at this year’s annual GemFest in Canandaigua on June 1-2.   We held a contest for “guessing” the number of stones in a large glass jar and we also asked all attendees to vote for their favorite exhibit.  It was just two more ways visitors to GemFest could get directly involved in the festivities.

How many of you reading this attended the show and took a guess at how many stones were in the jar?  There were 252 entries and 15% of those were within 10 of the correct answer.  However, only one entry had it exactly correct.  WCGMC member Nikki Chase nailed it exactly with her guess of 142 stones.  For those interested in statistics, the answers ranged from 49 to 1010!   For her perfect answer, Nikki won the jar and all the stones. 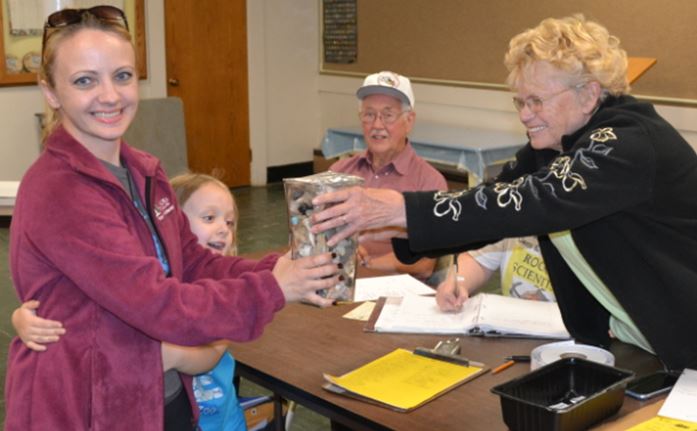 WCGMC President Linda Schmidtgall hands over the jar of stones to Nikki Chase at our June 14th meeting. Her daughter Clara looks excited as well.

There were 11 club member exhibits this year and once again we asked all present to vote on their favorite exhibit and 142 did exactly that.  All exhibits received votes and several attendees commented on how hard it was to pick their favorite.  They all were deserving of recognition and this newsletter will feature each of them in the coming months.

But in the end, there was a clear winner.   Andrea Weldin and Gerrad Crofoot took that honor receiving 40 votes for their display entitled “Rocky Rainbow” which featured a stunning display of mostly self-collected rocks and minerals set atop a rainbow (see the lead photo to this post). But it may have been the poem they wrote alongside the display of specimens that captured the interest of the esteemed judges.  Andrea and Gerrad will receive their $50 reward at the club picnic in August.  Glenn Weiler’s exhibit of polished spheres placed second.

The creativity of our exhibitors is clearly exemplified by the original poem displayed on the left side of their exhibit: 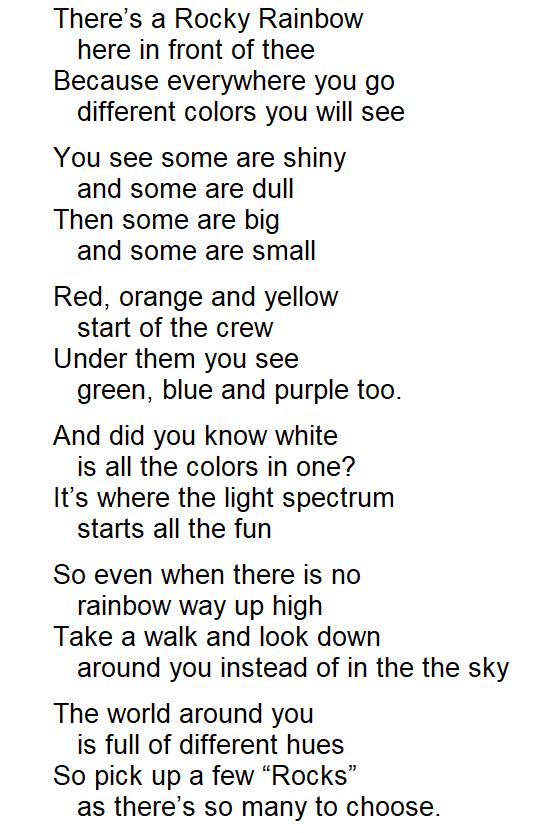