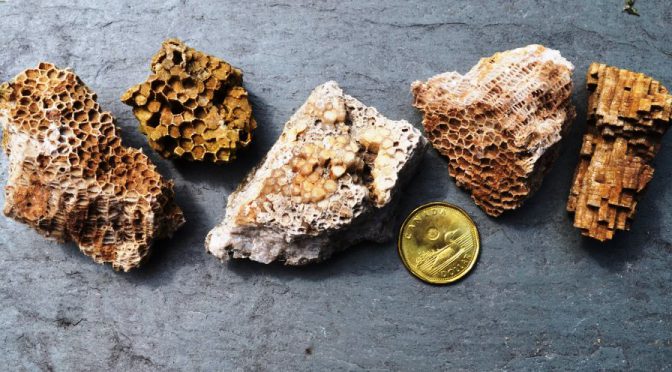 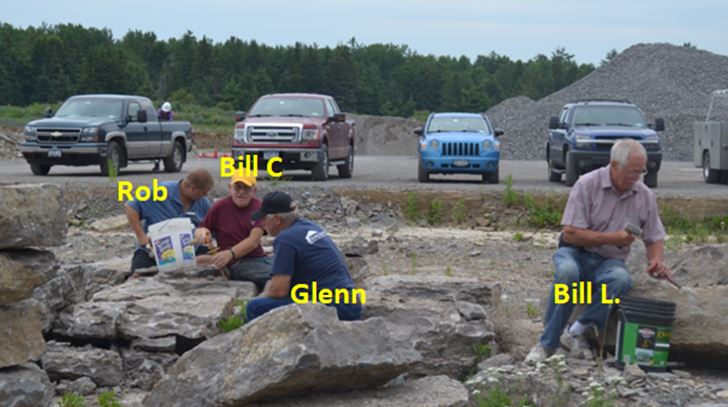 Collecting at Haley Quarry can be quite relaxing: no bugs, close to the car, the same stones that contain the fossils also provide comfortable seating.

Haley quarry provides landscape blocks and construction stone to the greater Eganville and Renfrew area.  But we seek other treasures.  The prize we seek are large cephalopods and Isotelus trilobites.  Neither is particularly abundant, but we have found both.  There are also aesthetically challenged basketball-sized sponges hidden among and within the blocks of rock awaiting landscape use.  And worms, yes worms, or should I say worm burrows, trace fossils indicating the pathways worms followed within the carbonate mud.

Apparently, the worms and the sponges were also large in the Ordovician. The worm burrows on the left are called trace fossils because they do not preserve the animal itself, but just evidence of its activity. The over-sized basketball sponge on the right is the real thing!

But that is not all.  The rocks in the upper section of the quarry are riddled with tabulate coral ranging in size from baseballs to colonies the size of watermelon.   Some of the individual corallites contain recrystallized calcite, but many are hollow.  Whether viewing the colony from the top or the side the morphology makes for an appealing piece.  Even when broken (or perhaps best when broken) the thousands upon thousands of individual chambers are displayed.  A variable amount of iron staining only enhances the appearance. 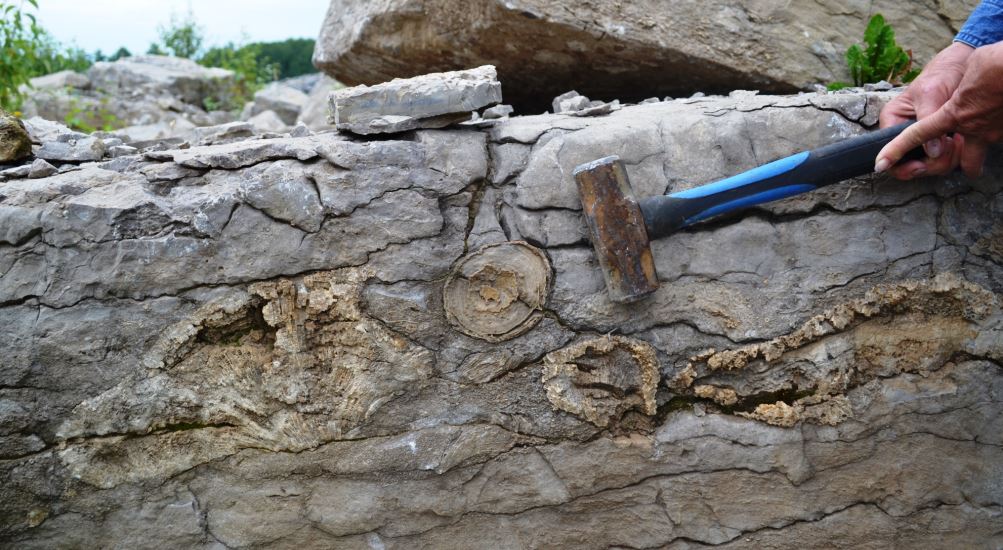 The tabulate corals from Haley Quarry certainly resemble the Favosites corals of the Devonian of New York.  However, they predate the massive Ordovician-Silurian extinction event that eliminated over 60% of all invertebrate species and was particularly hard on corals (Paselk, 1998), so I sought confirmation. 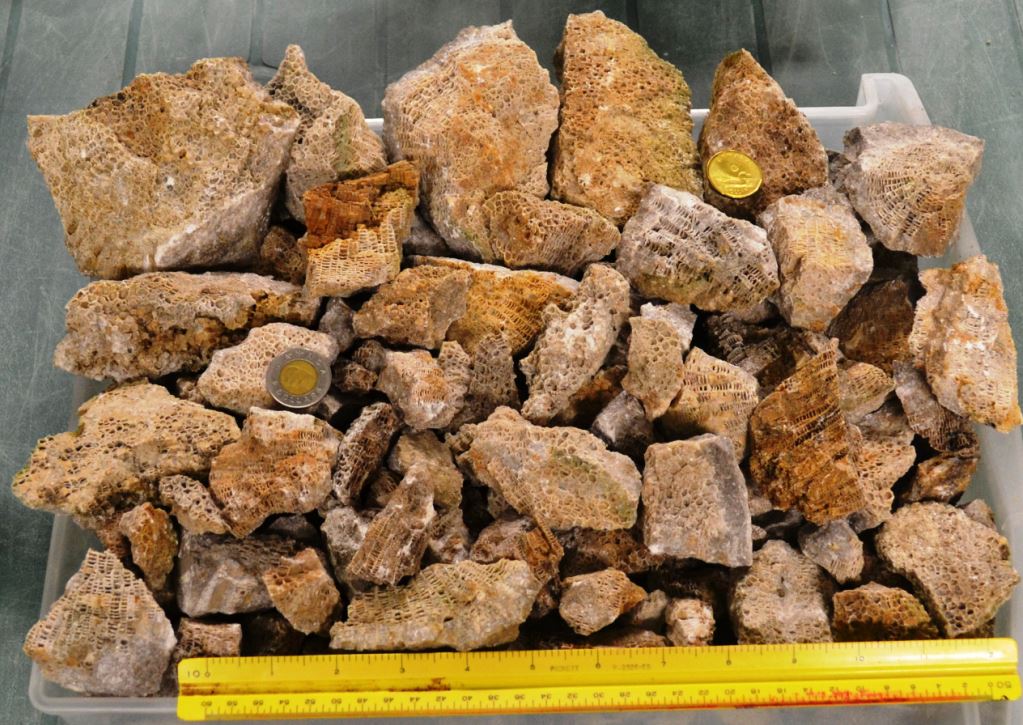 My best pieces from the day may be the five shown in the title box above. Those in this picture will be used in grab bags and kids’ rock kits. We likely have enough for a few years!

Unfortunately I have not yet found any reference unequivocably identifying the genus of the Ottawa Group corals, but I did find three references to similar appearing Ordovician tabulate corals, each assigned to the genus Foerstephyllum.  Paselk (1998) depicts a specimen remarkably similar to the Haley Quarry specimens and the Digital Atlas of Ordovican Life describes the species from sites in Kentucky and Ohio (see below).  Cameron et. al. (1972) list Foerstephyllum halle as part of the faunal assemblage in the Upper Devonian Trenton Group of New York.  Maybe someone reading this can provide an assist?  And maybe we should seek a location to collect in the Trenton Group in New York?

Two literature records depciting Upper Ordovician Foerstephyllu coral. On the left, a specimen from Kentucky and published in the Digital Atlas of Ordovician Life.. On the right, from an unknown location on display at the Humboldt State University Natural History Museum.

So, should we label our corals Foerstephyllum or Favosites?  Or just stick with honeycomb coral!

Cephalopods were large in the Ordovician. Mine on the right is not as large as some others have found in the quarry, but it looks just fine in my fossil collection.

The Digital Atlas of Ordovician Life