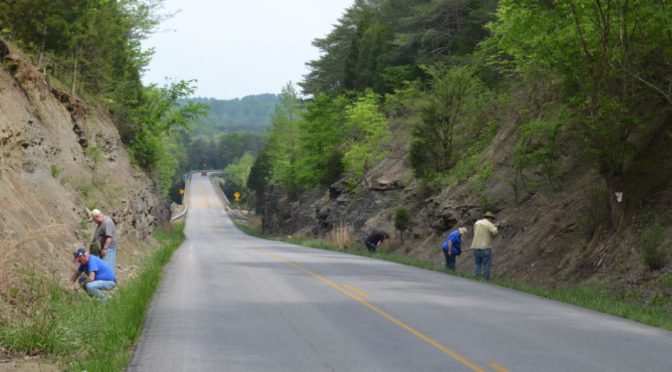 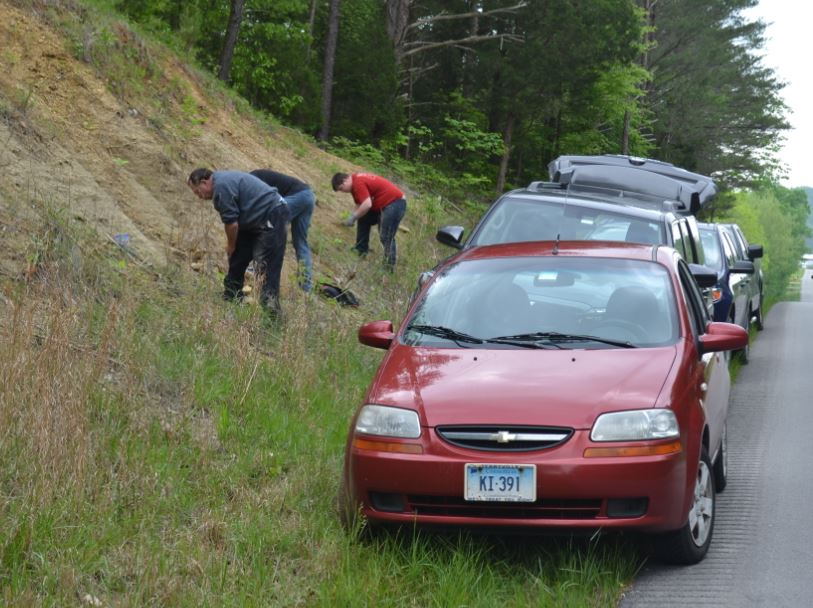 Blastoids are small, but we found them in the roadcut. Most had eroded out and rolled down the slope. A few were recovered in situ.

Blastoids are an extinct form of stemmed echinoderm.  They first appeared in the Ordovician, but reached their greatest abundance and diversity in the Mississippian.  The entire class of echinoderms referred to as Blastoidea went extinct 250 million years ago during the Great Extinction Event marking the end of the Permian Period and the Paleozoic Era.

It was the blastoid body (or theca) that we sought and found in the Mississippian roadcuts just south of the small town of Wax (see photo on page 1).  They are not large (smaller than dimes), but are distinctive resembling small hickory nuts and could be found either loose in the drainage or protruding from the eroding shale. 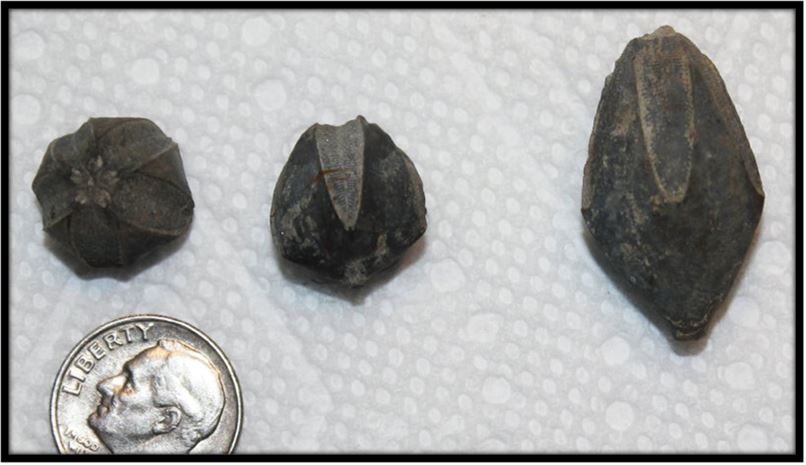 WCGMC member Peter Kisselburgh was along on the trip and has subsequently researched our blastoid finds and sends this photo. Peter reports that we recovered at least two species from the Genus Pentremites. The larger more elongate blastoid on the right is Pentremites gemmiformis. The squatter/squarer species (left and center showing two orientations) is likely Pentremites gondoni. But there are subtle variations among all of our finds and we may have some P. welleri as well. Since publishing this note, I have learned that the species call on some of these Pentremites may be in question. I am researching this further and will make corrections is required.

Much like crinoids, blastoid bodies were attached to a stalk comprised of disc-shaped plates, all of which was attached to the seafloor by a holdfast.  The animal waved in the current.  Long thin arms called brachioles extended from the body trapping food particles and bringing them to the animal’s mouth at the top of the theca.  The Pentremites on the left in the preceding photo is oriented to display the mouth at the top.  Notice the 5-fold symmetry also.

Our fossil finds there were not restricted to echinoderms.  Several small brachiopods were present with both valves preserved.  But perhaps the most interesting find for many of us was the unique screw shaped bryozoan aptly named Archimedes.  These were found both loose and in matrix, both of which are shown below on either side of a small brachiopod.

Specimen and photo by P. Kisselburgh 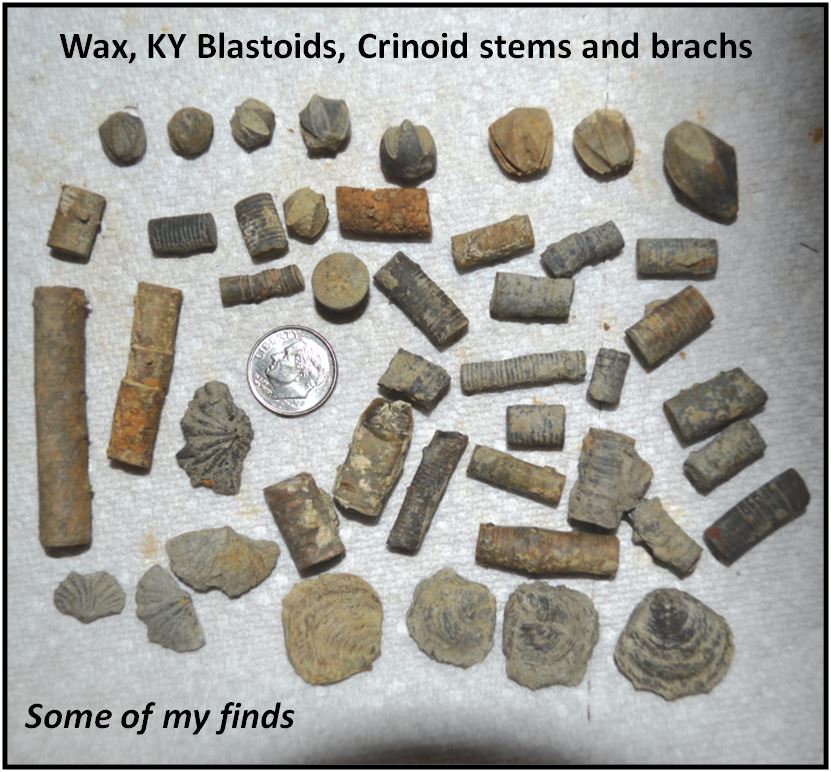