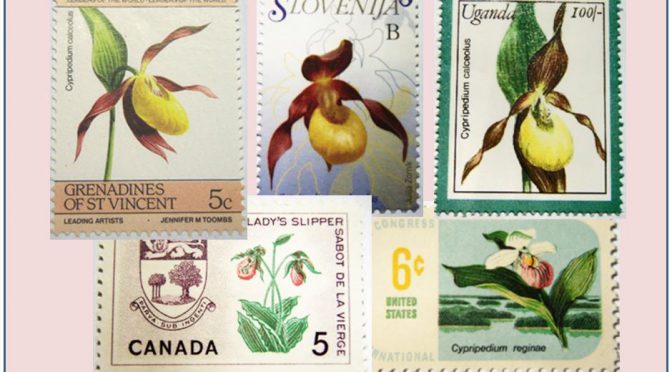 As many of my friends know, I collect stamps as well as minerals and I enjoy thematic, or so called topical stamp collecting.  Naturally, my career in geology and my interest in minerals draws me to topics related to those categories.  But I also enjoy hearing how others merge their interests with other topics with the joy of philately.

To most of us they are lady slippers or simply orchids.  But to Paul Brach they are called Cypripedium orchids.  A specific genus or orchids of which there are 58 species, each with their own color, petal shape, stamen, and sepal design.  At the March 9th meeting of the Rochester Philatelic Association, Paul described all the features of these gorgeous flowers using the multitude of world-wide stamps that have been issued featuring Cypripedium orchids.  In addition to demonstrating his knowledge of these colorful orchids, Paul showed us his photographic prowess at capturing them on film.

Paul started with Cypripedium calceolus, the yellow lady slipper orchid that is found throughout most of Europe and Asia.  Many countries have featured this orchid on their stamps.  Paul showed us 16 during his presentation.  Some have done it accurately and with good attention to the detail that define this orchid species.  Others have taken artistic license to design pleasing stamps, but perhaps not botanically correct. 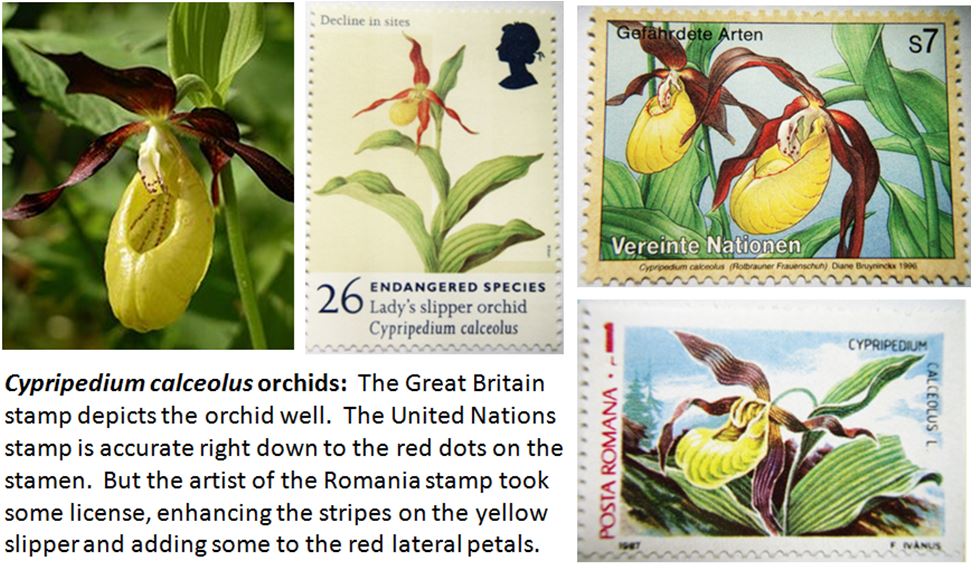 Paul next turned his discussion to North Amerrican Cypripedium orchids, of which there are several.  In western New York State one can find Cypripedium acaule, which is commonly known as pink lady slipper and Mocassin Flower. The photograph (upper left, next column) is Paul’s from a Genesse County location.  The island country of St. Pierre & Miquelon featured this orchid on a stamp in 1962. 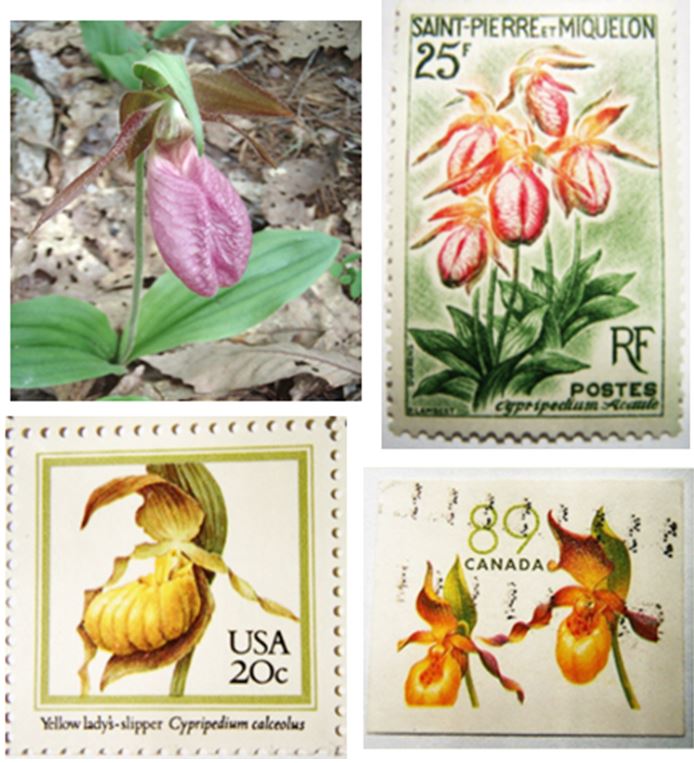 You can see Paul’s full presentation and collection of Cypripedium orchid stamps on the Rochester Philatelic Association website meeting page.  Here is a link to the meetings page.