A long time ago, long before Canada was a nation, back in the early 16th century, a few energetic Scotsmen decided to slide stones on a frozen river at a fixed target as a form of competition.  The sport of curling was born.  After all one cannot golf in the winter!  Who knew that the game would become such a favorite halfway around the world some 400 years later. 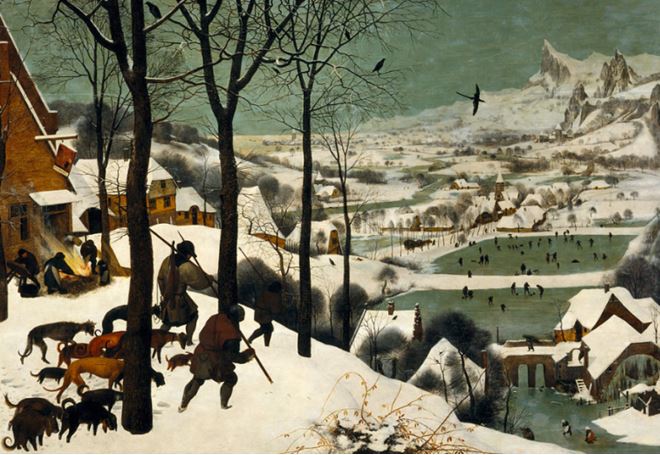 Early evidence of “curling” appears in this painting by Peter Bruegel. The 1565 painting is entitled  “Hunters in the Snow”, but the activity on the ice includes curling or some form of rock sliding.

The first clear evidence of the term curling is from 1620 when Scottish poet Henry Adamson wrote of a good friend being “given to the pastimes of golf, archerie, curling, and jovial companie.”  The oldest documented curling club,  the Kilsyth Curling Club in Scotland, is still around today  The club’s first constitution is dated 1716;  I imagine they are having some celebrations this year as they celebrate their tercentenary.

But what about those stones?  The earliest curling stones were simply flat river stones.  They were inconsistent in size, weight, and smoothness and participants would select stones that fit their preference.

Today, curling stones are made of granite and the stones used throughout the world come from just two sources.  The traditional source is a quarry on Alisa Craig, an island off the southwest coast of Scotland.  However, that quarry produced its last granite in 2013.  At that time 2000 tons were removed, enough to supply the world with stones until about 2020.  The island has since been declared a wildlife refuge and blasting is no longer permitted.  A second, more accessible location, the Trefor Granite Quarry on the Llyn Peninsula of northwest Wales, started producing curling stones in 1992 and has established itself as the future source of quality curling stones.

Alisa Craig is volcanic plug where erosion has removed the overlying volcanic rock and the less resistant sedimentary rock that flanked the granitic core.

The granites in these two locations have some unique properties that set them apart from other unfractured granites.  First and foremost they are virtually impermeable and will not absorp any water.  The crystals are tightly interlocked and lack even the finest microfracture.  This prevents freeze/thaw action from eroding or otherwise altering the stone.  Second, the magma that froze to form the granite was completely homogeneous deep within an otherwise quiet magma chamber.  The granites are dominated by feldspars and only contain minimal quartz.   Each 44 pound stone cut and polished from the rock is virtually identical is size, weight, texture and ultimately in how it slides and curls when released.