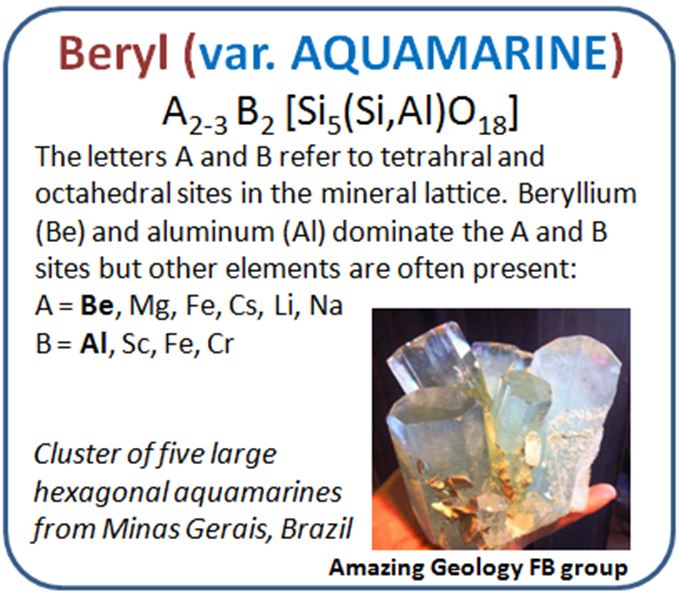 Beryl is a beryllium-bearing silicate mineral.  Specifically, the hexagonal mineral is a cyclosilicate, characterized by stacked rings of six SiO4 tetrahedra which are linked by BeO4 tetrahedra and AlO6 octahedra.  All bonds are strong and the mineral is very hard (7.5-8 on Moh’s scale).

A mere 0.1 to 0.3% of ferric iron (Fe+2) substituting into the octahedral site (the B site) is all it takes to impart the wonderful sky blue color characteristic of aquamarine to a beryl crystal.  Often though, an equally small amount of ferrous iron (Fe+3) enters into that same site.  We have all seen greenish blue aquamarine, even tending to yellow green.  It is this Fe+3 ion in the lattice that imparts the lesser desirable greenish color.  Interestingly, heat treatments can be used to reduce the Fe+3 to Fe+2 effectively limiting or even eliminating the yellowish tint.  This is typically done after the stone is cut (Lauf, 2011).

Note the effect of Fe+3 in the color of the pair of aquamarine from India. (Fred Haynes collection)

Most large aquamarines grow in cavities in granites and granite pegmatites.  WCGMC members who have ventured north on our Ontario trips are fond of collecting beryl at the Beryl Pit in Quadville, Ontario.  However, the specimens we bring back from Canada are not gems by any stretch of the term or the imagination, and probably do not qualify as aquamarine either, but they are found in association with tourmaline, feldspar, quartz, and mica due to their occurrence in a complex pegmatite. And they often display the perfect hexagonal, basally terminated form associated with the gemstone.

The world’s greatest most prolific source of gem aquamarine and also the largest source of fine mineral specimens is the State of Minas Gerais in southeast Brazil, notably the many mines of the Jequitinhonha Valley.  However, arguably the highest quality aquamarine gemstones are recovered from northern mountains of Pakistan. 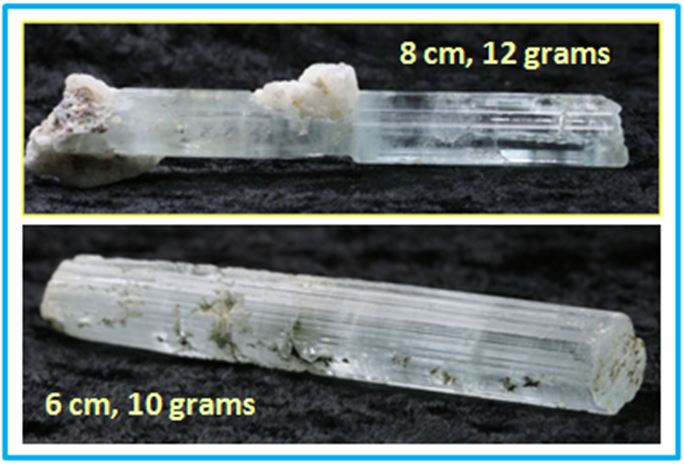 These two aquamarines are from Stak Nala, Gilgit, Pakistan and are currently for sale by WCGMC member Eric Elias on his SonicEvolution website. Note the characteristic lengthwise striations on the lower photo.

In the U.S. the pegmatites hidden high on Mount Antero and made famous by “The Prospectors” TV show contain some brilliant aquamarine as do several sites in the mountain ranges of southern California.  But those of us in the northeast do not have to go that far to find aquamarine.  Some fine gems and certainly some very nice mineral specimen aquamarines have been found in the pegmatites of several New England states.  The list of classic pegmatite sites bearing aquamarine (or gemmy beryl) from ME, NH, MA, and CT is long and filled with historical accounts of locations.  Although these locations have not been forgotten, many are now inaccessible for collecting. 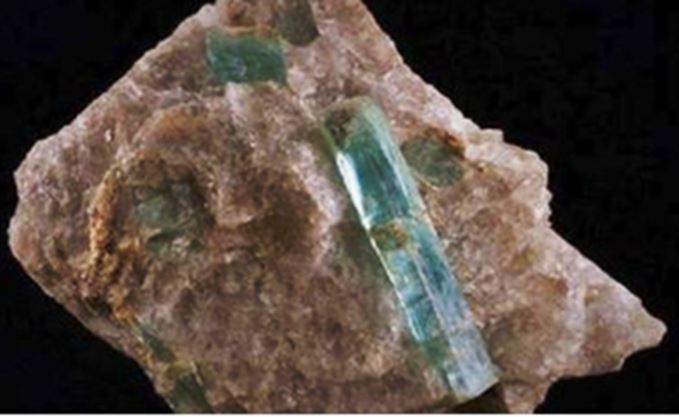 This gemmy 5 cm aquamarine on pegmatite matrix is from the Reynolds Mine in Worcester Co., MA and was probably recovered over 100 years ago. It recently appeared on the Central Massachusetts Fossil and Mineral Club Facebook page from the collection of L. Vanuxem.

There are even a few aquamarines in New York State.  The most famous are probably a set of 7 gems cut from a single stone found in the early 20th century in Manhattan. 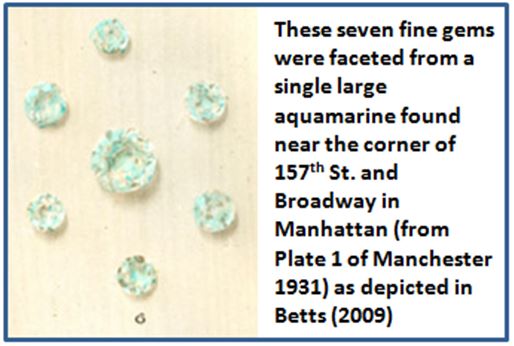