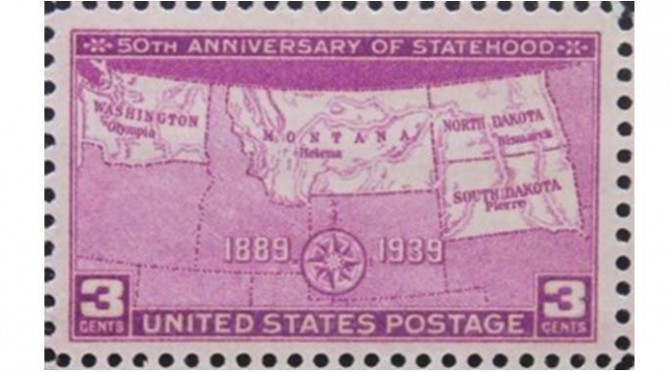 When Rochester Philatelic Association member Gail Ellsworth was looking over her dad’s stamp collection she happened upon an old newspaper article discussing a creative use of the 1939 50th Anniversary of Statehood Commemorative Issue for four northwest states.

Take a look at the rose violet stamp below: 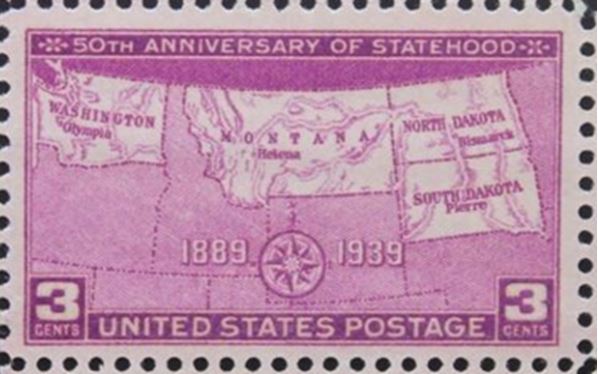 Do the states look like clothes hanging on a clothesline?  They did to the makers of a product called “Mrs. Stuart’s Bluing Fabric Whitening”. So, they went to work inserting some clothespins and a woman hanging clothes. They changed the date as Mrs. Stewart’s Bluing was 6 years older than the states and naturally they made the states pure white to reflect the quality of the product. 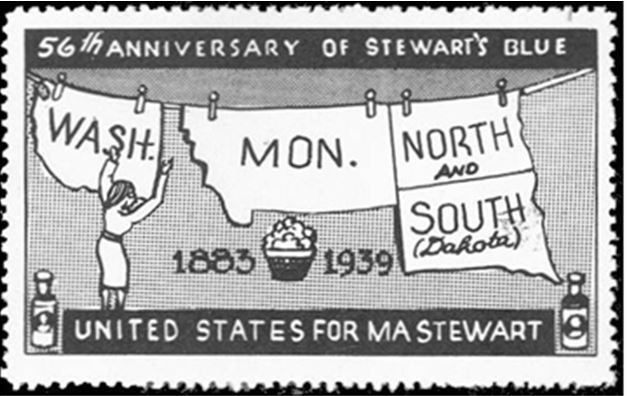 Here is the result of the ad campaign’s creativity.

The newspaper article Gail’s dad had saved was dated November 27, 1939, less than 4 weeks after the stamp was issued.  They were quick!