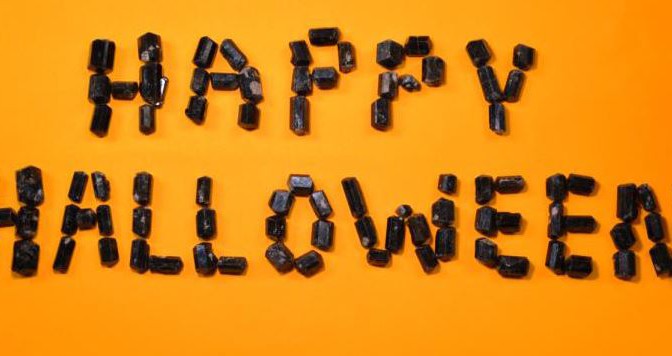 This article was published in the November issue of Wayne County Gem and Mineral Club News.  Ninety-one dravites from the WCGMC collection were used to wish the members Happy Halloween.

Dravite is a tourmaline within the Alkali Subgroup 1. This means that the X-site in the complex formula below is predominantly occupied by sodium (Na). In the case of dravite the Y site is occupied by magnesium (Mg) and the Z site is aluminum (Al). The boron cyclosilicate mineral is always dark in color, ranging from chocolate brown to almost jet black. Occasionally, there is sufficient chromium in the Y and/or Z site to impart a dark green color. Dravite is most commonly found in metamorphosed limestones and in higher grade mafic schists.

Dravite was discovered and named at a site along the Drava River in Carthinia in the late 19th century. At the time, Carthinia was a part of the Austro-Hungarian Empire. The region is now known as Dravograd, and is within the country of Slovenia. In March, 2000, Slovenia issued a postage stamp depicting dravite from Dravograd. 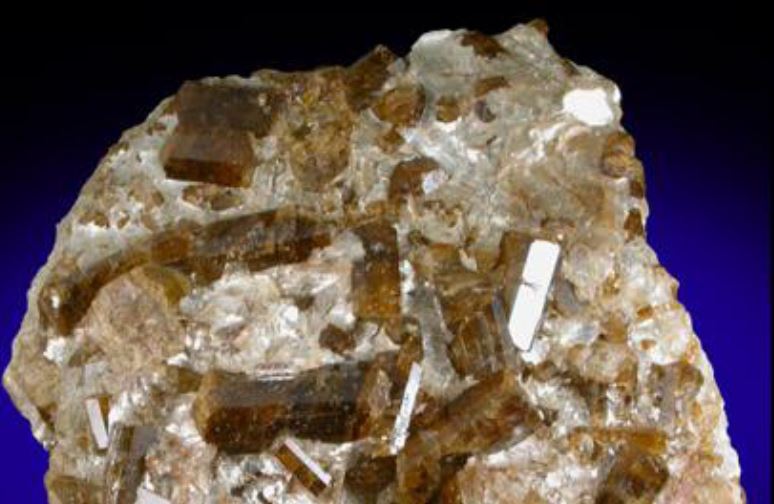 Another interesting occurrence of dravite is in Precambrian biotite schists near Yinnietharra Station, Western Australia. In the most active period of mining from 1968-1971, an estimated 12 tons of terminated somewhat stubby prisms with three-faced pyramidal termination faces were recovered. Although most crystals are free of matrix attachment, small feldspar laths or mica can be attached. Single and twinned crystals are available. 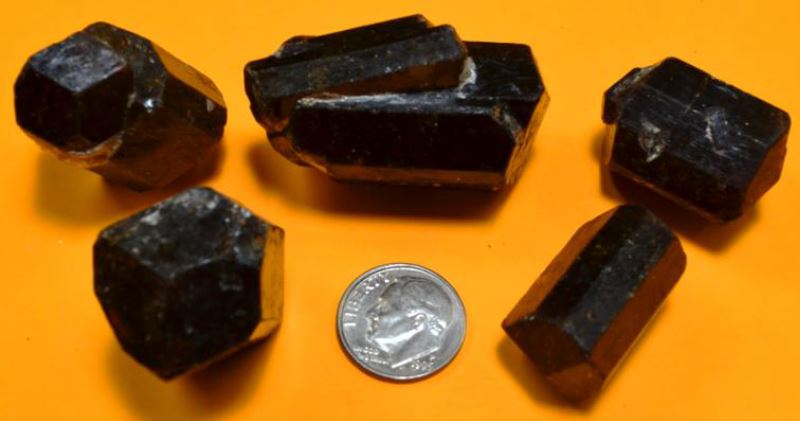 Although many dravites are too dark and contain too many inclusions to be cut and faceted, gem quality dravites do exist. In the 1960’s both brown and green (chromium) dravites were recovered in metamorphosed limestones in northern and eastern Tanzania. Mica-schists in the Jajarkot District in Nepal have also yielded gem quality dravite tourmalines in association with kyanite.

Although not of gem quality, New York collectors are familiar with dravite. Nothing, however, is simple about the composition of black magnesium-rich tourmalines from the Adirondack Lowlands. They are most certainly not end member dravites as some contain sufficient calcium in the X-site to be considered uvite. In fact many are strongly zoned and the same crystal may be dravite in some zones and uvite in others. Furthermore color is not useful in distinguishing the two dark tourmalines, nor apparently is locality.

Chamberlain and Robinson (2013) suggested that insomuch as much of the black tourmaline at the famous Bower Powers site in Pierrepont was determined to fall on the dravite side of the solid solution series that it be labeled as dravite. However, many Powers specimens contain zones that are actually uvite (Marian Lupulescu, pers. comm.) and the NYSM prefers to label all Adirondack black tourmaline specimens as dravite-uvite unless, or until, they have been analyzed. As if that is not enough confusion for our favorite St. Lawrence County tourmalines, the conventional hydroxide anion (OH) occupying the W-site in either dravite or uvite can be dominated by fluorine (F). In those cases the mineral becomes fluor-dravite or fluor-uvite. Regardless of their composition, the black tourmalines of the Adirondack Lowlands are most certainly worth collecting. 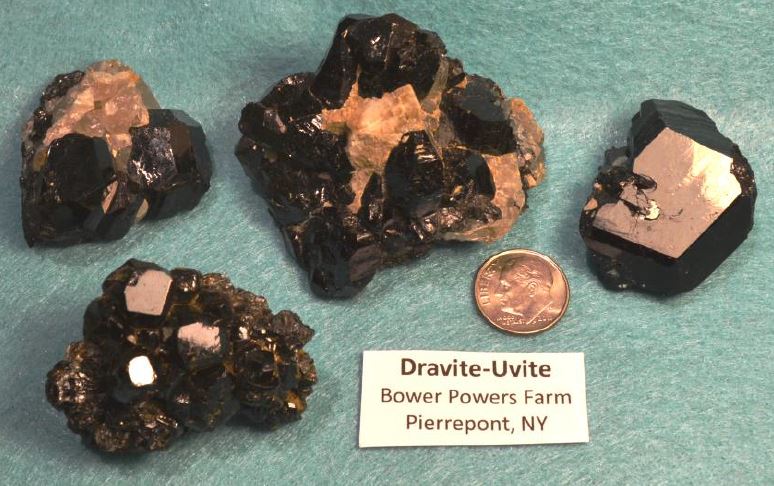 Lacking an analysis, I have chosen to label the black tourmaline I have collected at Powers Farm as Dravite-Uvite.