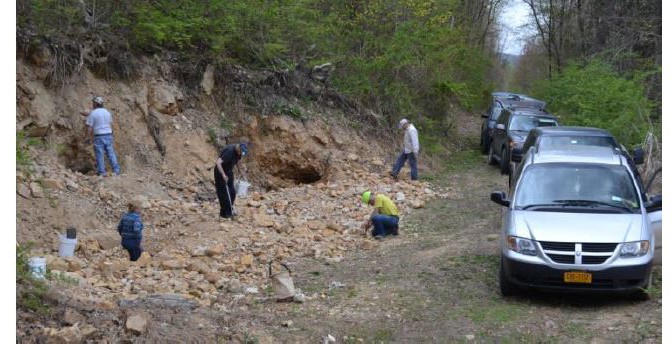 Pickings were better in both quarries. There was an adequate amount of doubly terminated clear ½”-1” calcite crystals atop drusy calcite at Mt. Pleasant Mills for all to sample and then a bit of purple fluorite and lots of travertine to pick from late in the afternoon in the Middlebury Quarry. 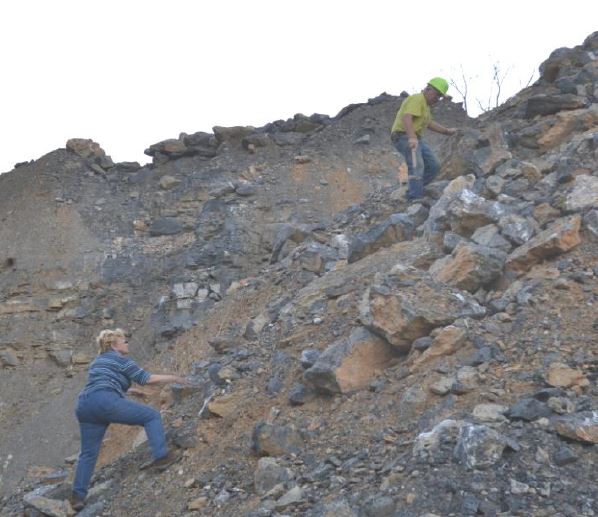 Middlebury Quarry: No quarry wall is safe from Bill Chapman. Here he has located a large travertine boulder halfway up the talus slope. Linda is preparing to catch it when he rolls it down as I document the event. Just kidding! Linda is really there in case she has to catch Bill.

On Friday, we scampered over to Scranton and the coal dumps in both Jermyn and Carbondale. There were lots of lycopod trees and other Lepidodendron genus Carboniferous plant fossils exposed in both the coal dumps in Jermyn and the roadside remediated areas east of Carbondale. I think we all left with enough material to start our own little Carboniferous rock pile in our gardens. Roots, stems, fronds, branches and even a few good sized stumps were uncovered in a few hours. Once again we know we had to look up to see Bill most of the time. 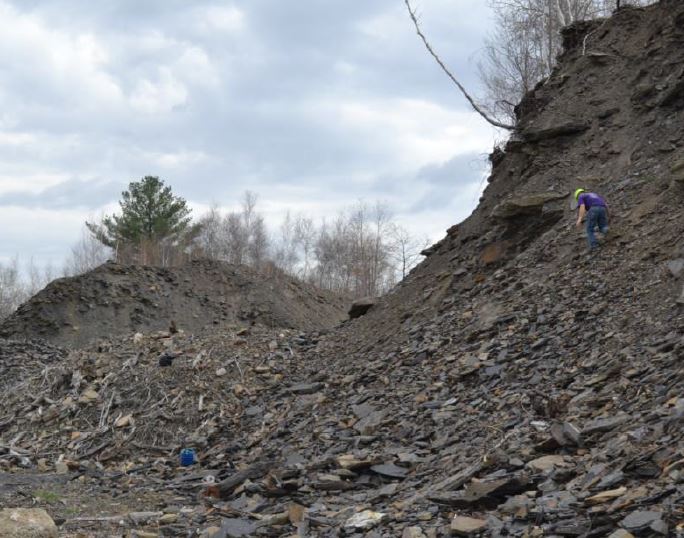 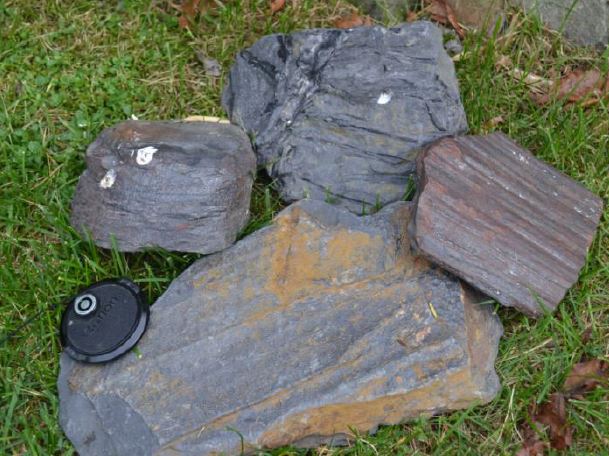 Some more tree parts from Jermyn. Rootlets at the top, bark in the largest piece and a small stump or branch in the upper left, all now part of my Carboniferous forest in Rochester.
There was something interesting being sawed in the big saw at the April workshop. Was it that large banded agate piece? You will have to come to our workshops to find out.