The Salt of the Earth

This month we will talk about a local mineral location, but not a collector site.  It is in our backyard.  Well perhaps more appropriately, it is in our cellar.  The rocks and the minerals it contains do not crop out, but they are everywhere.  And none of us could live without them.

OK, admit it, you have not heard of the Hampton Corners Mine?  But maybe you know where the largest salt mine in the United States is located? Yes, it is the Hampton Corners Mine, and it is located just south of Rochester, NY.  You drive by it just outside Mt. Morris if you are headed to, or from, Rochester on 390.  For a moment when you drive past you may even wonder what they do in that strange looking building just east of the highway. 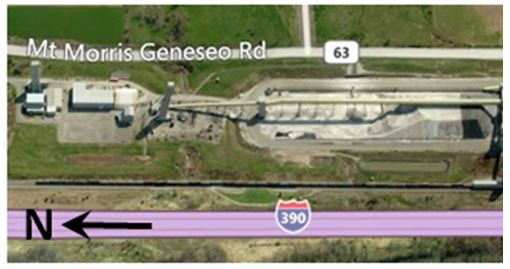 American Rock Salt Mine and surface facility looking east across Interstate 390. Note the shafts to the left and the stockpiled salt to the right.

The Hampton Corners salt mine was opened by American Rock Salt in 1998 to replace the flooded Retsof Mine of Livingston County just 6 miles north.  After over 100 years of continuous mining, the catastrophic 1994 flooding event in the Retsof Mine left the region with a demand for low cost road salt, but no local source.  American Rock Salt stepped into that void as local businessmen purchased the property near Mt. Morris and established a new mine.  In fact they established the only new salt mine in the United States in the last 40 years.

With production levels exceeding 15,000 tons/day, American Rock Salt’s mine in Mt. Morris is the largest producing salt mine in the United States.  The mine provides 50% of the road salt required for New York roads and supplies 12 other states in the northeastern United States as well.  At those production rates, there is enough known resource for the mine to remain active for over 80 years.

The salt units of the southern tier region of New York State are Upper Silurian in age, and were deposited in a large intercontinental sea during arid times some 415 Million years ago.  Similar seas in the areas of Michigan and from Ohio to Indiana lead to similar deposits in those areas.  One salt unit beneath Detroit is more than a kilometer thick.  A cyclic process of seawater influx into these landlocked seas and subsequent evaporation led to the development of thick evaporate sequences.  The closest modern analog may be the Dead Sea in Israel, where restricted circulation in an arid environment generates a hypersaline seaway with salt deposition in the lower parts of the basin. 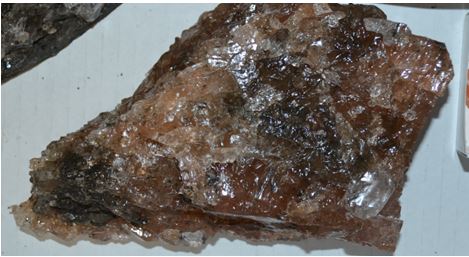 Halite (NaCl) from the American Rock Salt mine in Mt. Morris. Specimen is about 4” across.

In New York, thick Upper Silurian salt extends from the northern end of the Finger Lakes to the Pennsylvania border.  Because the Paleozoic units in western New York dip south gently, the unit is closest to the surface near its northern extent (~500’ below in Livingston County) and deepest (~4000’ below the surface) near the Pennsylvania border (see subsurface map below, Alling, 1928). 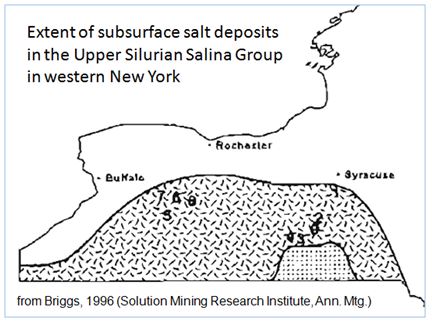 Figure 14 from Alling, 1928. Note all the salt operations active almost 90 years ago.

Naturally the shallower locations provide better economics for mining.  It is interesting to note that while the bedded salt deposits of New York are thinner than the massive salt deposits in the Gulf of Mexico region they are much more laterally continuous and easier to follow and mine.  Halite was the principal mineral deposited in the Upper Silurian Salina Group deposit.  With little impurity present to lessen its effect in reducing the freezing point of water, it is an excellent source of road salt.

There are two very different mining methods for salt, conventional mining and solution mining.  American Rock Salt deploys conventional mining where the salt is removed as a rock.  However, unlike most underground mining operations, the crushing at the Hampton Corners Mine is done underground and the final product is sent up the shaft on a conveyor belt where it can be either bagged or immediately loaded onto trucks for delivery to salt bins throughout the northeast.

Miners work in the room and pillar mining method deployed in conventional salt mining at Hampton Corners. The rock that has been removed here is generally 95% halite. A sufficient number of pillars (see right) are left to hold the mine open.

Sometime this winter each of us will likely need to navigate the New York State Thruway in adverse winter conditions.  Most are aware that the main treatment deployed by the NY Thruway Authority to improve road conditions is rock salt.  But did you know that conventional rock salt (NaCl) is only effective at temperatures above 15ºF.  Halite, when distributed in adequate amounts, will lower the melting temperature of snow and ice to ~15ºF.  Below that level, the Thruway Authority does mix in calcium chloride and magnesium chloride, but that only helps to about 10ºF.  When temperatures plunge into the single digits and below, it is best to stay home and enjoy the weather vicariously (on TV or the internet).