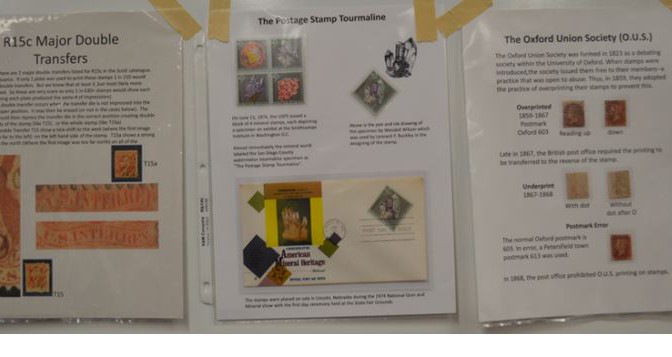 This is a two part post reporting the results of two Rochester Philatelic Association meetings in early 2014.

It is a New Year and the Rochester Philatelic Association ushered it in on January 9th by learning a bit about the art of exhibiting. Past president, and ROPEX chairman Tom Fortunato described the basics of exhibiting to a audience of 28 members.

“To first timers, exhibiting may seem like a nearly impossible task.  But if you break it down into simple steps it’s a fairly easy process.”  Well, that was easy for him to say, a veteran of umpteen award winning exhibits and a registered national judge for many years.  The bottom line, Tom told us, was that “exhibiting is nothing more than show and tell.  The exhibitor is the expert in his or her area and must convey that knowledge through their presentation.”  Naturally, this is best done by introducing a variety of philatelic material to tell a progressive story that has a beginning, a middle, and an end.

The follow-up to Tom’s presentation is to have members plan and produce a one-page philatelic exhibit and bring it to the February 13th meeting.  Tom will present a sequel on exhibiting and we’ll judge/critique the samples that members bring.  I’m sure that will be fun and maybe there will be some new exhibitors born through the process.

At the Rochester Philatelic Association’s  February 13th meeting, 11 different members came with 16 separate one page exhibits to share.  Tom Fortunato and Ray Stone reviewed judging forms and everyone present worked in teams to judge the one page exhibits.  Everyone learned a lot about exhibiting while having fun viewing the very diverse set of single pages club members had worked to produce. 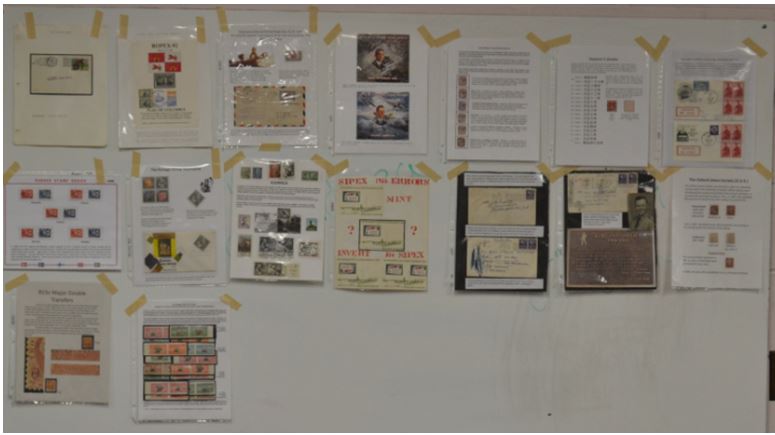 One page exhibits from RPA members at February 13th meeting.

When the dust settled, and after Tom pointed out his observations on all presentations, the scores from all the new “judges” in the room were tallied and the top three one-page exhibits were identified.

With these three to choose from the group voted the Tourmaline exhibit as “best in show”.

Club President Rich Spinelli (tanding) has everyone’s rapt attention at the Feb. 13th meeting. The exhibits await to be judged on the board behind Rich.