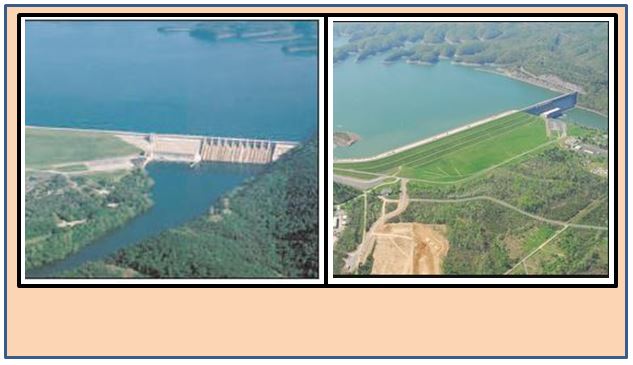 In 1968, it was observed that seepage was occurring through (and/or below) the embankments and foundation of the dam, and sinkholes were observed at the toe of the dam.  Geologists suspected that the known karst geology was the culprit and a short-term solution involving grouting of all known channels was quickly initiated.  In the mid 1970’s, a cement cut-off wall was emplaced extending through the embankment and into the bedrock.  It was hoped this would permanently seal the dam and its foundation. 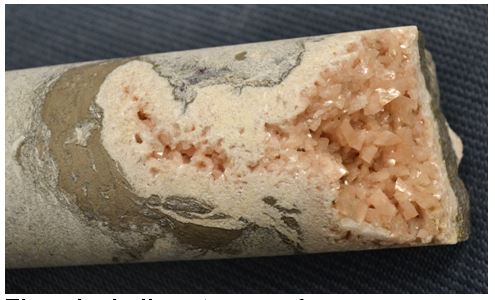 Three inch diameter core for seepage remediation work at Wolf Creek Dam in Kentucky.  Pink dolomite crystals partially fill cavities in the karsted limestone.  The “gold” colored mineral on the left side of the photo is fine grained pyrite.  Jamie Fisher won WCGMC’s Mineral of the Year Youth Division with this unique piece.

Despite the remedial action of the 1970’s, continuous monitoring of the dam revealed that the seepage had not been completely alleviated.  When increased seepage rates were documented in 2005, Lake Cumberland water levels were lowered to reduce pressure on the foundation while another “permanent” solution was sought.  During the investigative work, drill core was collected from the full length of the dam foundation. The drill core on page 1 is from that work and clearly shows the solution karst in the underlying limestone.

In 2006, the entire length of the dam’s foundation was regrouted and in 2009, a $340 concrete barrier was installed within the earthen dam embankment.  Over 1200 pilings were drilled through the earthen dam and into the karsted basement.  Over 300,000 tons of cement were pumped into these vertical pilings.  The work was completed last summer and it is hoped that Lake Cumberland can be restored to its originally designed level. 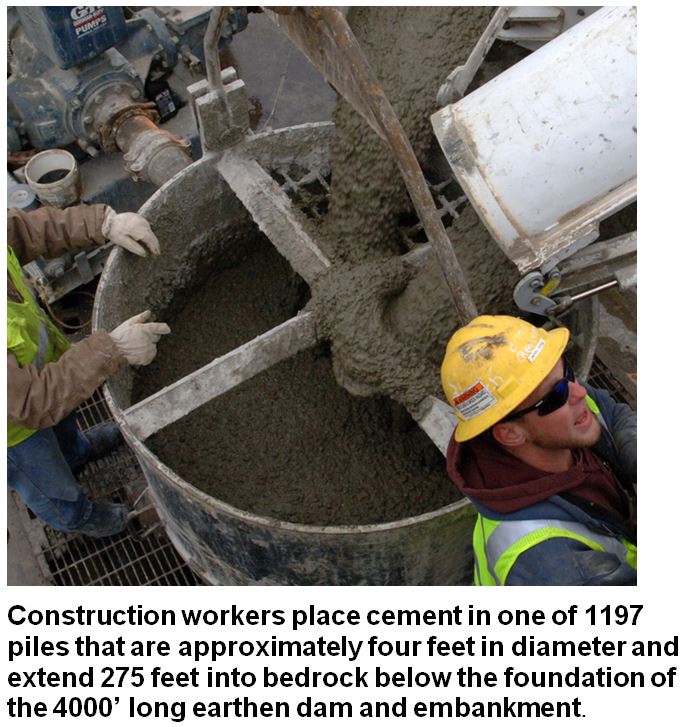 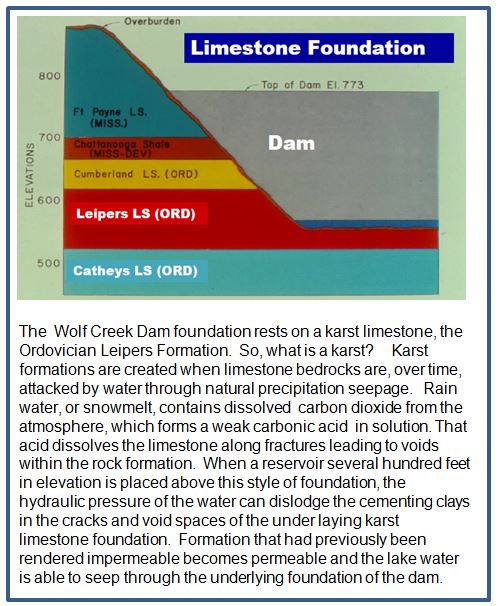