For the fourth year is a row, the Wayne County Gem and Mineral Club held its annual show at the Greater Canandaigua Civic Center on the first full weekend of June.  Attendance was up over 15%, as over 1400 folks crossed into the arena to visit the venue over the course of two days.  We exceeded our expectations with our club activities, nearly running out of soapstone as 180 1.5” squares were carved, filed and polished by visitors.  The sluice was busy as usual.  Over 300 bags of sand with minerals, gems, shark teeth and more were run across the sluice table.

Club members spent much of Friday filling 400 grab bags, each with 6 rocks (and their labels) that our members had collected during the past year: that’s 2400 minerals and/or fossils!  These were prizes for those who completed the scavenger hunt (over 120 did so).  Others were purchased for a whopping $1.  Many who opened their bag at the show came back for more.  We are already collecting for next year!

Our vendors seemed satisfied, at least all told us they would be back next year.  This makes us happy as we feel we have the best set of dealers in the business.  We thank our dealer chairman Eric Elias for managing that part of GEMFEST.

It is hard to thank everyone that helped.  Over 30 club members spent their weekend (plus Friday) with us assisting with set-up, show events, and then takedown.  But it would be remiss not to single out Rocky Rowe and Sandy Wirth who presided over the front table for the full duration of the show.

We also wish to thank Dave Korpiel and David Spiehler from the venue for their wonderful cooperation and help prior to and during the event.  The GCCC is a perfect venue for our annual show and they make us feel at home in their arena.

Here are a few pictures from the event: 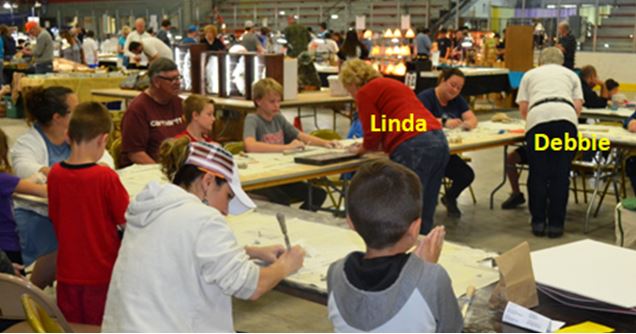 There were so many folks carving soapstone that Linda needed a helper most of the time. 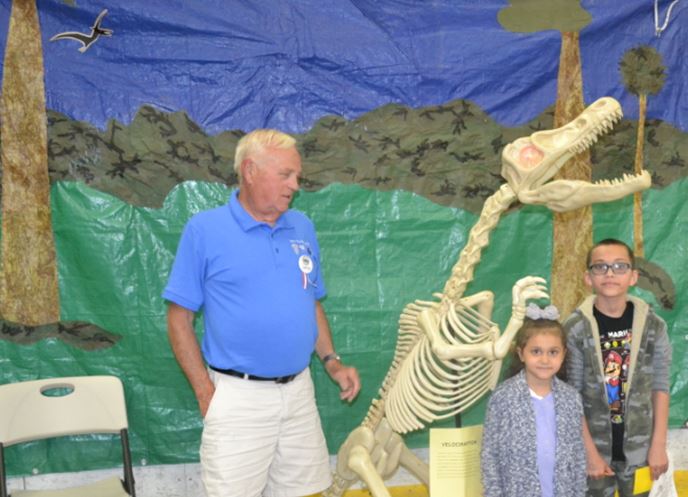 Jerry “The Geologist” Bastedo brought his 7’ Velociraptor. There is not much more impressive than a dinosaur, but check out that canvas backdrop Donna Smith painted, complete with a pterodactyl. 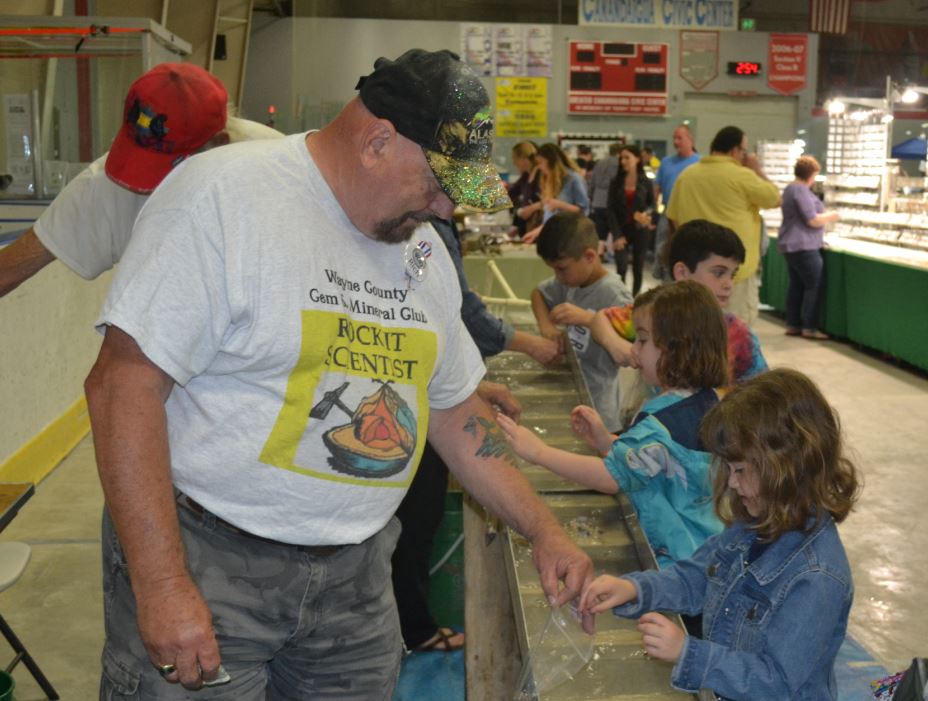 Rich and Jerry help at the sluice. 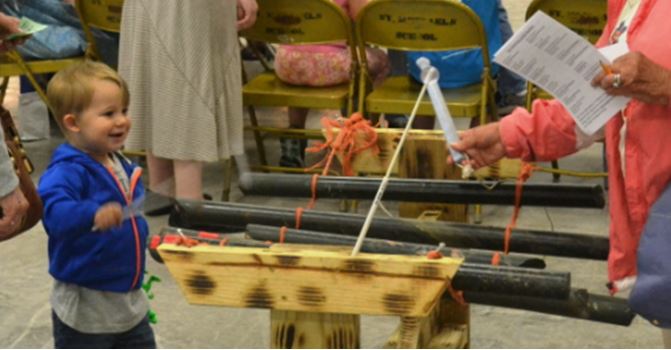 The drill core xylophone was back. 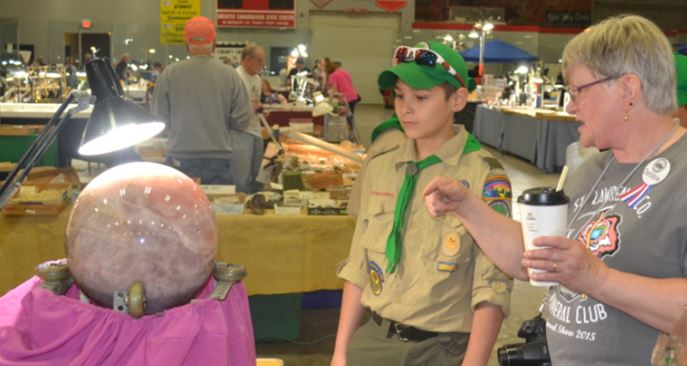 Debbie explains how Glenn made this 120 pound polished sphere of rose quartz.

THERE WERE TWO SPECIAL WINNERS AT GEMFEST

Perhaps you were one of the 254 who attended GemFest and tried to guess the number of stones in the glass jar back at the soapstone booth?  Maybe you wonder how many were in there and who won the stones?

Well, 8 year old Phinehas Holcomb from Canandaigua was the winner.  He guessed 105.  There were actually 104 in the jar.  Two others also missed by one stone.  Phinehas’ entry was drawn at random to break the tie. 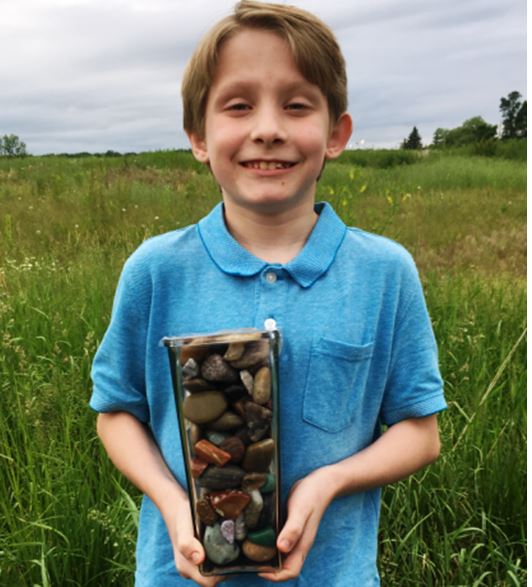 Phin was all smiles when Linda Schmidtgall delivered him his jar of stones. When Linda asked him how he came to his guess of 105, he simply replied that he counted the stones on one side of the square jar and multiplied by four. Smart lad, and now he is the proud owner of a jar of stones from WCGMC.

Our second show winner was selected by those who attended.  We asked all who looked at the 9 club exhibit cases in the back of the hall to vote on their favorite exhibit.  All nine exhibits received at least 8 votes from the 138 who placed a selection in the “jury” box.   Bob Linderbery got the most votes, receiving 31 votes for his creative and elegant display of his prized possession.  We think it may have been the shark teeth that put his display over the top.  Bob received $50 for his winning showcase.  We’ll repeat this prize next year; perhaps there will be more members willing to put together a display.