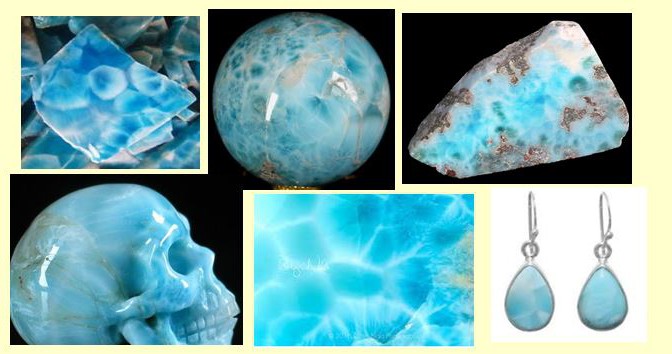 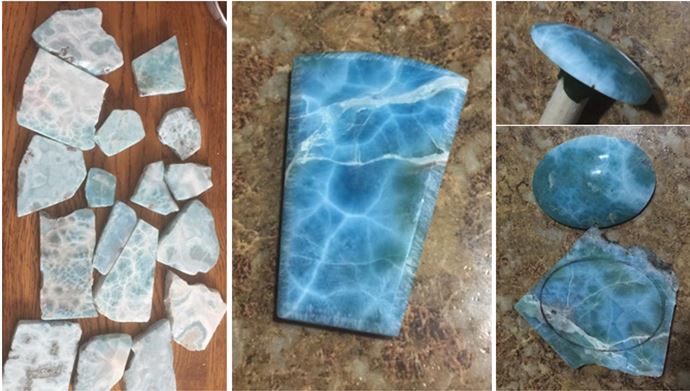 Larimar is actually a varietal form of the mineral pectolite, a sodium calcium silicate mineral found in some syenites, and within cavities in basalts and diabases.  Pure pectolite is white/gray and generally unworthy of lapidary attention.  However, the pectolite found in vugs within the volcanic rocks of the Bahoruco Mountains of coastal Dominican Republic contains small amounts of copper replacing the calcium in the mineral lattice.  This copper imparts a unique and attractive blue color and the presence of healed fractures in the otherwise massive mineral adds an appealing texture to a polished surface. 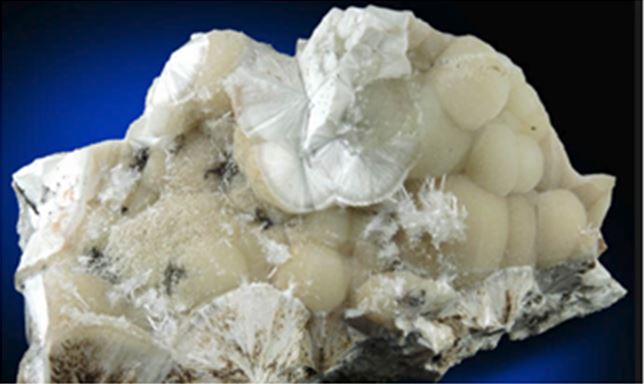 Pectolite with needle sprays of the zeolite natrolite from the Millington Quarry, Somerset Quarry, New Jersey can be collected as mineral specimens. Photo from John Betts online Mineral Museum

Larimar has a modest hardness, 4.5-5 on the Moh’s scale.  Not hard enough to be a valuable gem in jewelry, but certainly hard enough for standard cabochon work.  And what color!

A mere two days after Robert’s post had appeared on the Facebook page in mid-December, my January 2017 copy of Rock & Gem magazine arrived.  And wouldn’t you know it, larimar was the featured stone in Russ Kaniuth’s “What to Cut” column.  Robert had noted that the beautiful blue stone had been rather difficult to work and this notion was repeated by Kaniuth who wrote:

“Larimar has a notorious love/hate relationship with lapidary artists: love of its beauty and hate for the difficulties of working with this material.  It tends to fracture, chip, flake, and break.”

It seems that the same healed fractures that give the mineral its appeal also provide weak points that can fail at the most inopportune time when working with the stone.  If you subscribe to Rock & Gem you can learn a bit about the history of larimar, and more importantly read Kaniuth’s suggestions on how to best work with larimar.  If you do not receive Rock & Gem and are interested, perhaps you should subscribe! 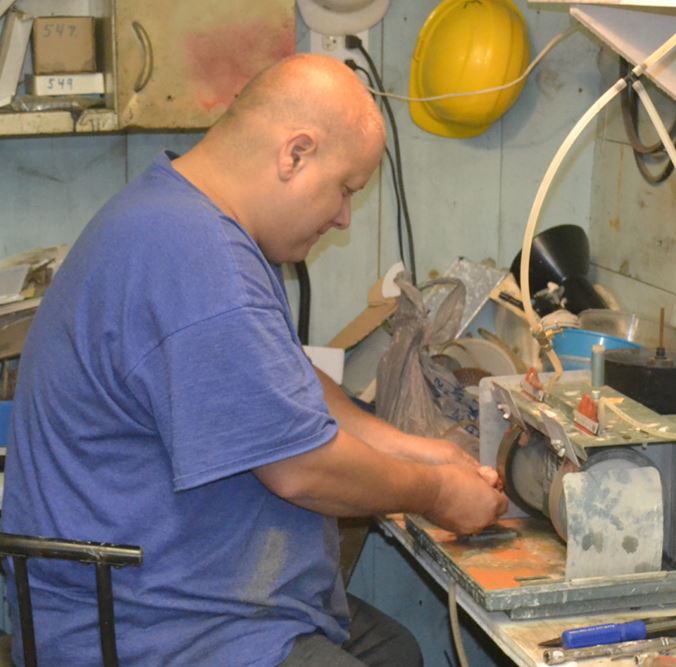 Robert Webster at work on one of the grinding wheels at the WCGMC workshop in December.

Wikipedia pages for Pectolite and Larimar