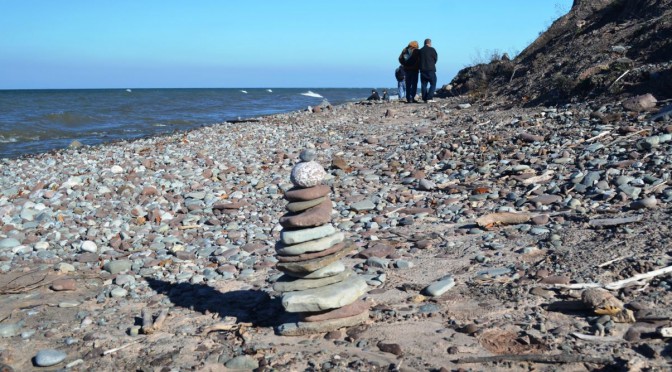 WCGMC rock heads, or is it hounds, often drive hours (or days) in search of this or that (see map at base of this post), and are already planning such trips for 2017.  But, we should never forget that Wayne County has its own glorious locations to visit right in our own backyard and the numerous Lake Ontario rocky beach exposures rank highly in that regard.  Crystal terminations may be lacking, rare minerals are scarce, and there are no agates to be found on the south shore of our Great Lake.  However, that is made up for by the shear abundance of material and the tremendous diversity offered in the lake stones.  You can find fossils brilliantly exposed in the eroding rounded limestone cobbles; straight cephalopods and gastropods are most common.  There are gneiss boulders displaying ruby red garnets.  The layered sandstones offer wonderful patterns.  The alternating bleached and red sandstone rocks of all sizes and shapes are particularly interesting.  Epidote and serpentinite offer green, feldspar is orange, and on it goes.

The diversity of rocks found In the same location is a direct result of the rather unique origin of the Lake Ontario beach rocks in the region.  The same drumlins and other glacial features that give Wayne County its unique topography and character (WCGMC June 2016 newsletter) are also responsible for the nature of the Lake Ontario beaches along the county’s north boundary.  At Chimney Bluffs the north-south drumlins are being aggressively eroded by the relentless action of Lake Ontario.  With annual erosion rates of as much as 2-5’, an incredible amount of new material is churned into the lake water each year.  Water level rises in the winter and the combination of wave action and freeze thaw eats into those wondrous chimneys of uncemented conglomeratic material that continental glaciation littered across western New York a mere 10-20 thousand years ago. 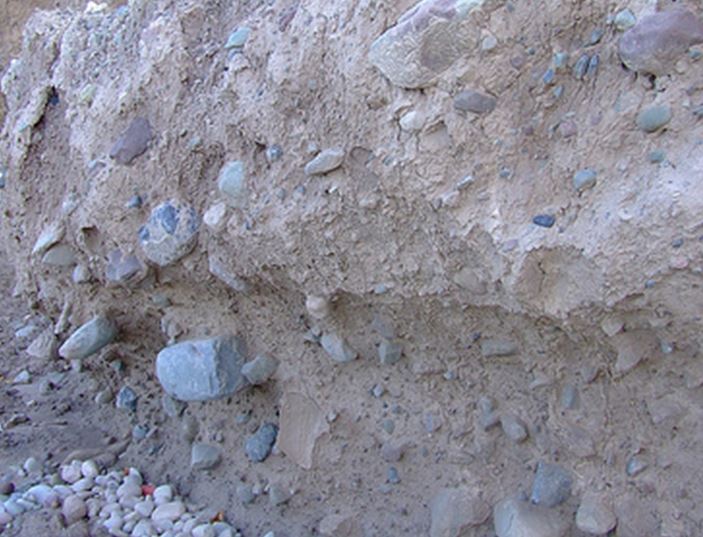 The inside of a drumlin is exposed along Lake Ontario at Chimney Bluffs. The rocks within the glacial debris were somewhat weathered during transport trapped in ice, but that is nothing compared to the natural tumbler they are exposed to when set free from the drumlins and ground by lake water action.

Clearly the glaciers were not terribly selective about what rocks they picked up and carried across the future US-Canada border.  Whatever was in their way was unceremoniously captured in the advancing ice front.  Some was ground to rock flour during the slow monotonous ice advance, but a significant amount of rock debris was trapped within the ice and protected from further erosion.  This portion would be left in moraines and drumlins when the climate warmed and the glaciers retreated for the final time.

Another interesting aspect resulting directly from this unique origin is that the diversity of rocks includes both very hard quartzite and sandstone rocks as well as relatively soft fossiliferous limestone.  Most rocky coastlines result from geologic processes that involve significant sorting and extended periods of winnowing.  Soft material is completely removed, and material of variable density is separated into different locations.  This is not true along the face of the eroding drumlins of Wayne County. Much of what is seen this fall as rounded, tumbled cobbles was released from the drumlin just last winter or at most the one before.  The beauty of this, of course, is that next year there will be an entirely different selection of lake stones to observe. 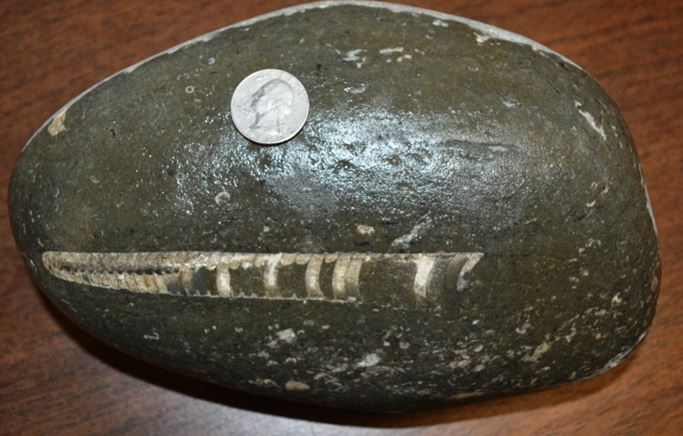 So how did Ed Smith encourage ten folks to join him on the shores of Lake Ontario in the middle of November? It was not hard. He simply brought this football sized lake stone that he had found recently to the November meeting. The straight-backed nautiloid in this beach stone was enough to tempt many to the field. 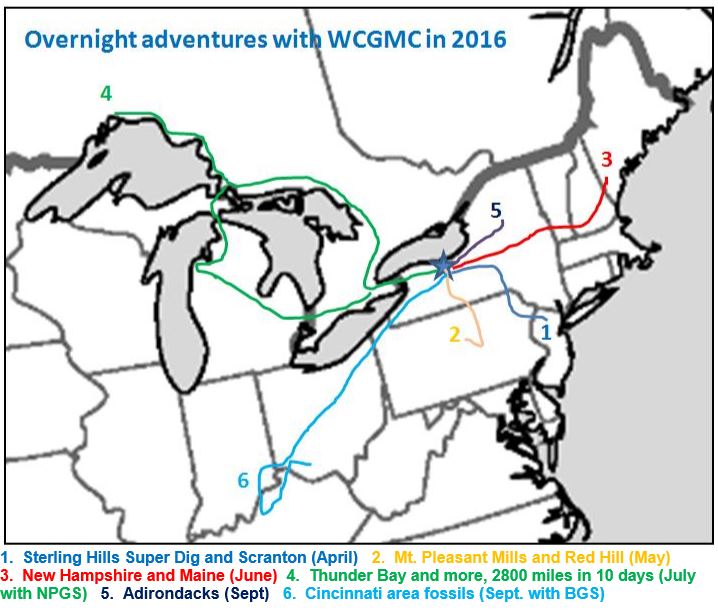