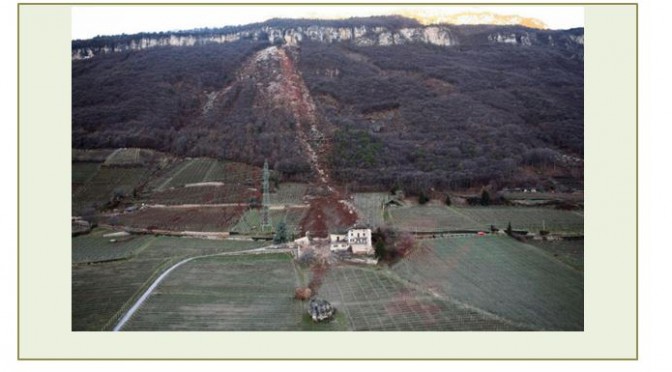 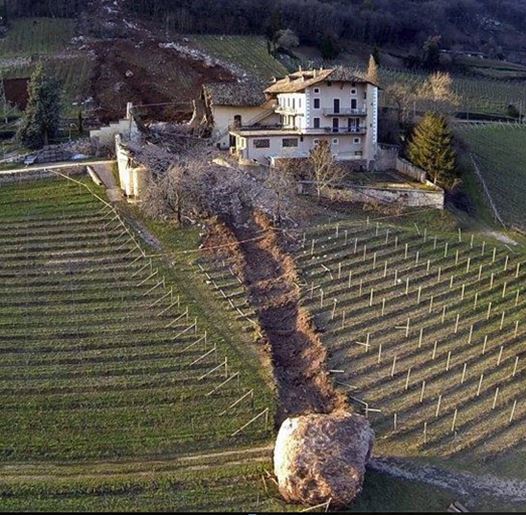 Well, back in 2014, I wrote about the mysterious “sailing stones” and how they reached their final resting place on the desert playa.  Unlike those unique rocks, there is really no such mystery about how (or why) 4000 cubic meters of rubble and large boulders came to rest in Termeno, Italy destroying a barn and damaging a large estate in the process.  Simply put, two unrelenting physical processes can be blamed, erosion and gravity.

It happened on the night of January 21, 2014.  Quietly, but relentlessly, the carbonate cliffs behind the Freisingerhof, a large estate owned by the Servite order of the Catholic Church, were dissolving.  Carbonate dissolution within the dolomite unit coupled with erosion undermining the talus slope below and beneath the cliff face and the result was inevitable.  Gravity always wins and over 10,000 tons of rock came racing down the slope that fateful evening in Termeno. 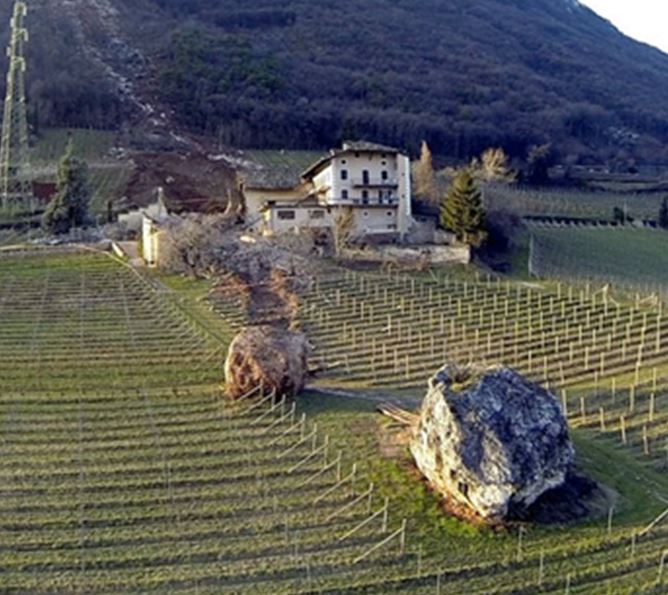 Now, compare this picture with the one at the top of this article. It is not like they were not warned of the risk. It had happened before! 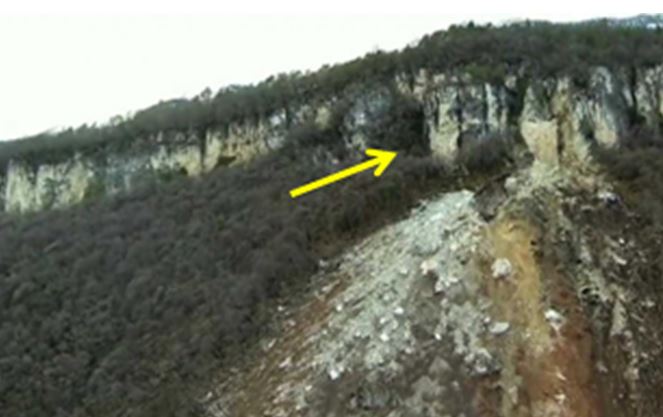 Now, let’s look up the hill, from whence it came! One of dozens of resistant cliff forming dolomite units that give the Dolomite Mountains of Northern Italy their unique charm and character. Note the hole in the ridge to the left of the recent slide (yellow arrow). Perhaps the source of the large boulder from a previous event? 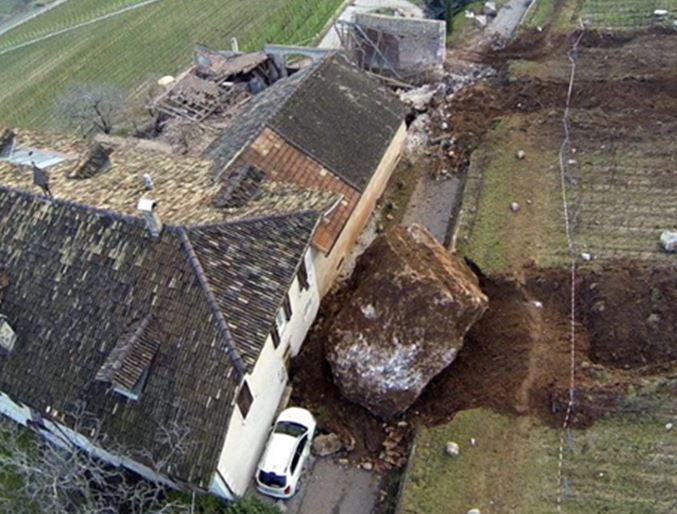 A view of the backside of the house shows an even larger boulder that stopped just short of the large estate. Note the white van for scale. Perhaps there was a bit of divine intervention?

Fortunately no one was hurt in the landslide and the area was cleared of residents as geologists feared that there was a risk of further rock falls.