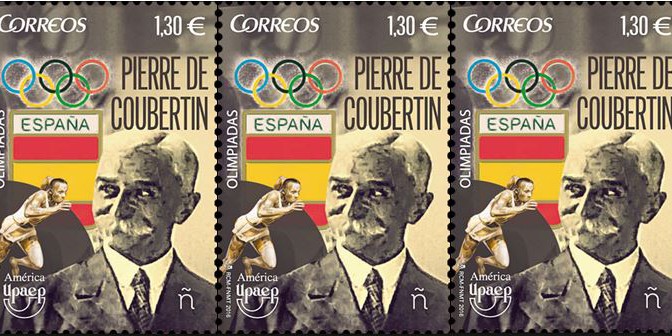 This summer was an Olympic Summer and I am sure many of you watched Michael Phelps or Simone Biles or others compete in Rio de Janeiro.   For those who collect topical postage stamps, an Olympic year also brings a plethora of new stamps.  Rochester Philatelic Association member Carl Miller is an Olympics stamps enthusiast, but his philatelic interest is a specialty within the overall theme of the event.  Carl collects Olympic themed stamps that commemorate and depict Pierre de Coubertin, the founder of the modern Olympics.

On June 23rd, Spain issued a commemorative stamp depicting the French founder and Carl sought the issue, including a full sheet, first-day covers, and other philatelic material related.  Carl communicated and purchased material for three different Spanish stamp dealers via their internet websites. 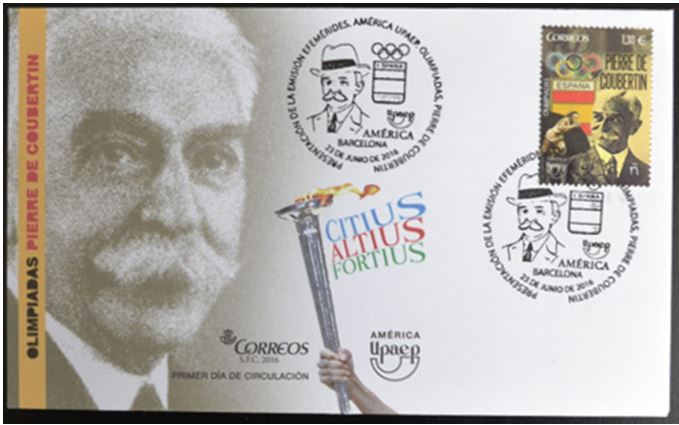 Pierre de Coubertin was born in 1863 in Paris, France.  The historian and educator championed the rebirth of Olympic competition at an 1894 “Congress on Sports” held June 23rd in Paris.  The result was the first modern Olympic Games held two years later in Athens, Greece.  As head of the Olympic Committee (IOC), De Coubertin grew the Olympics, reviving such events as the pentathlon, until retiring from the IOC in 1924.  122 years to the day after that initial planning session championed by de Coubertin, Spain honored the meeting in Paris, with a single commemorative stamp and a first day ceremony in Barcelona. 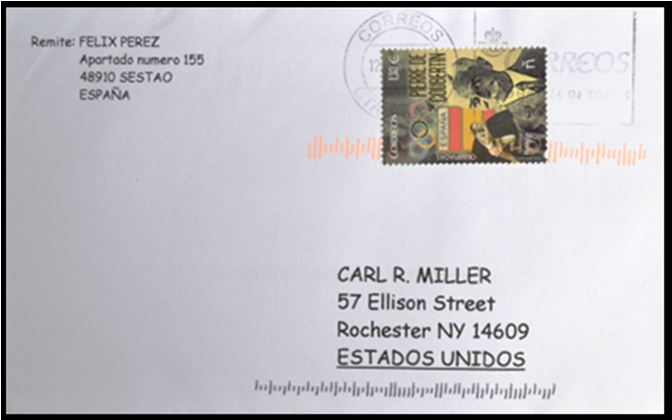 The stamp was issued for the foreign postal rate and Carl was able to obtain some of his philatelic treasures in envelopes addressed to him which employ the stamps as postage from two of the dealers. 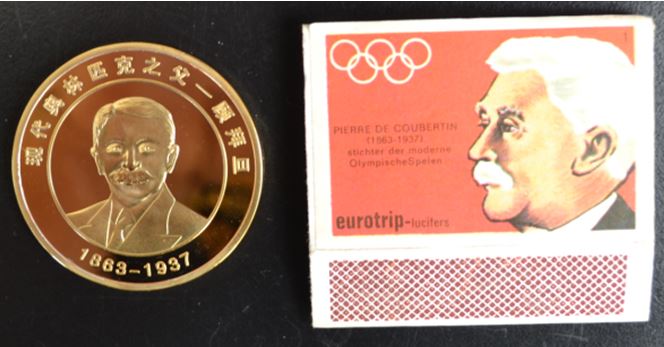 Recent additions include this Chinese gold coin and a Hungarian match book cover.

This article was published in the Fall 2016 issue of the Hinges and Tongs, the newsletter of the Rochester Philatelic Association.  Here is a link to that issue on the club webpage:  http://www.rpastamps.org/hingesandtongs/ht-2016-08.pdf