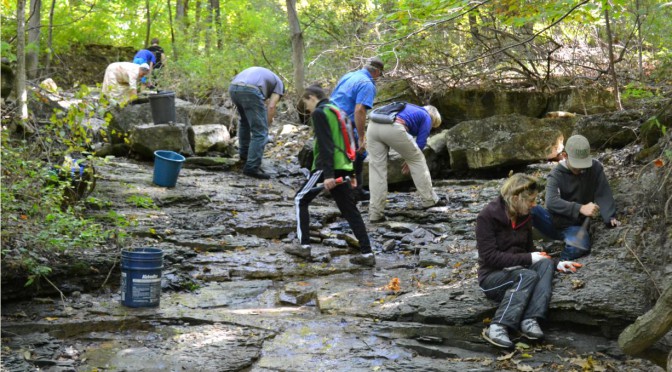 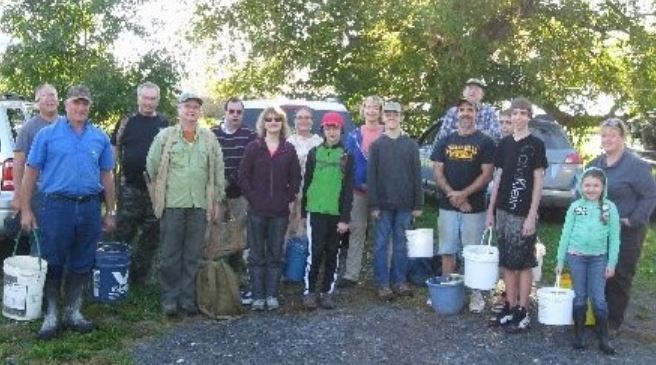 For example we learned that the Jaycox member is capped by the thin Tichenor limestone, itself a target for fossils.  With its increased carbonate content, this Middle Devonian unit is a resistant marker in many of the creeks leading into the Finger Lakes forming waterfalls and promoting the exposure of the Jaycox unit immediately below.  We also learned about the two fossil-rich beds in the Jaycox, the Cottage City Coral Bed and the aptly named Green’s Landing Coral Bed.  Large horn corals (Heliophyllum halli) can be found in each along with the colonial species Eridiophyllum and various Favosites species. The trilobite hunters were also not disappointed, a few partial and one complete Eldredgeops rana, a fairly complete DiPleura, and a nice Monodechenella macrocephala (see below) were found by members of the “search team”.  Partial pygidium molts were found scattered in the various units.  Of course, many of the units are literally teaming with various small and mid-sized brachiopods.  One of the better finds, a complete Megastrophia conacava, is pictured below.  For more pictures, turn (or scroll) the page. 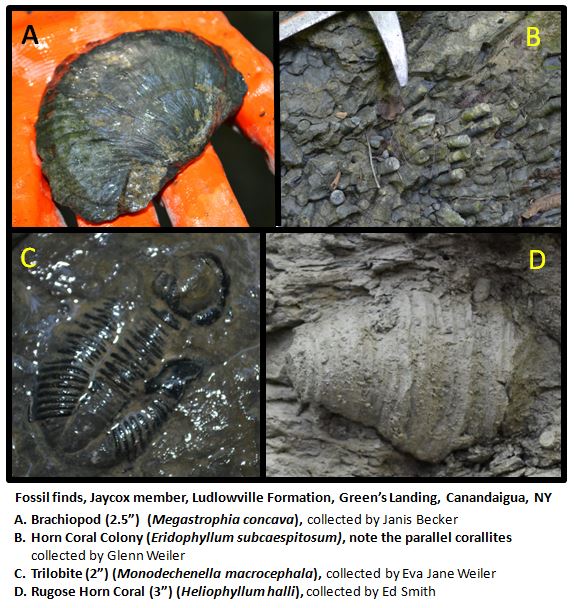 Green’s Landing is on private land.   The property is an active ranch complete with livestock and electric fences.  Permission to collect is absolutely required to visit this location.

Some more pictures of the “hunt”: 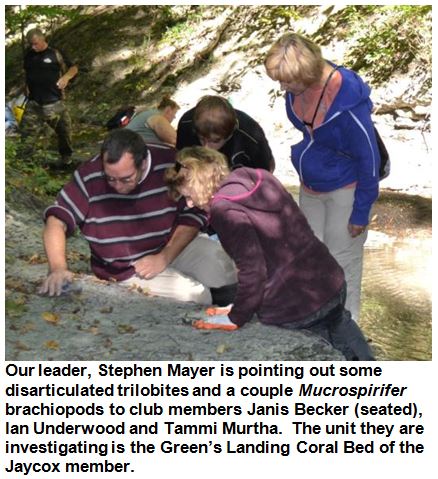 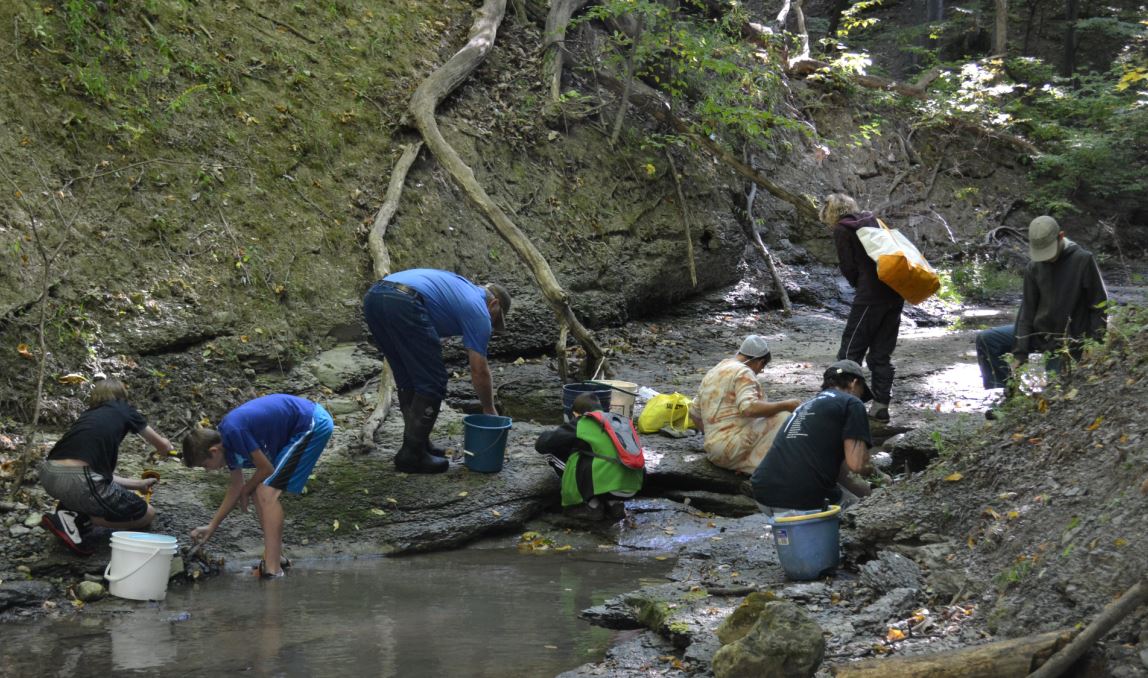 More action in the creek.