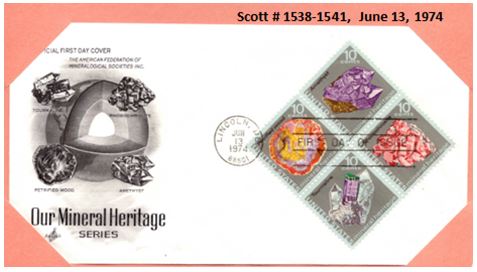 One interesting idea for a mineral collector is to marry minerals on stamps with pieces personally collected.  The Kyrgyzstan mineral set of 2000 may not be authentic postage (Scott vol. 4), but the 20c wavellite stamp fits nicely into an exhibit/collection when paired with a wavellite specimen collected this past August on a field trip to National Limestone Quarry in Mount Pleasant, Pennsylvania.  The mineral specimen is most certainly authentic! 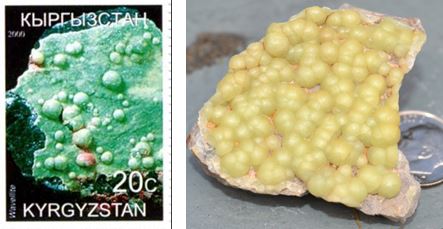 As a geologist my interests transcend minerals and rocks can be neat also.  Hong Kong issued a set of 4 stamps depicting rocks in their country.  Interestingly, the rock outcrop portions of the stamps was applied with a thermographic process resulting in a shiny raised surface. 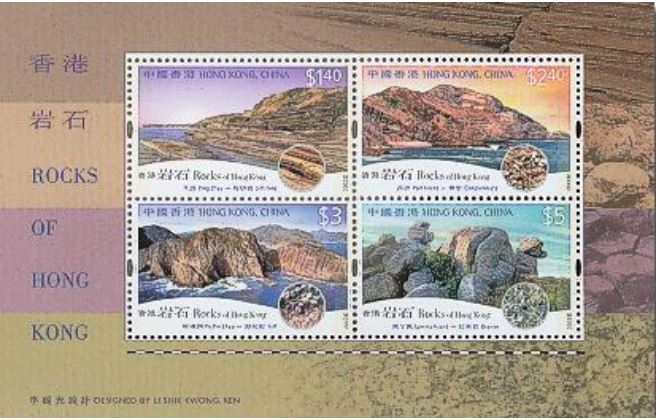 Snowflakes are minerals too!   And recently several countries have been inspired by the snowflake photography of physicist Kenneth Libbrecht.  He photographed snowflakes in a temperature regulated enclosure with a digital camera attached to a high resolution microscope.  The crystals appear blue because Libbrecht illuminated then with a bluish white light.  The patterns are stellar dendrites, which form branching arms and hexagonally sectored plates.  The upper right snowflake was memorialized on film in Fairbanks, Alaska, the lower left in Houghton, Michigan, and the other two in northern Ontario. 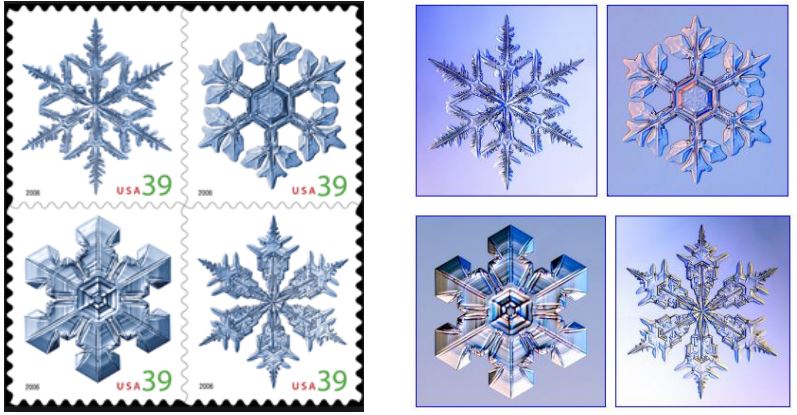 The original photographs by Libbrecht are on the right. The design for the 39 cent stamps issued in October of 2006 were created by Richard Sheath, who digitally cut the snowflakes out from the photo and set them onto a white background.

Lots more in the program from malachite to diamonds to gold and depicting stamps from Canada to South Africa.  The program can be viewed on the RPA website.  Below is a link.