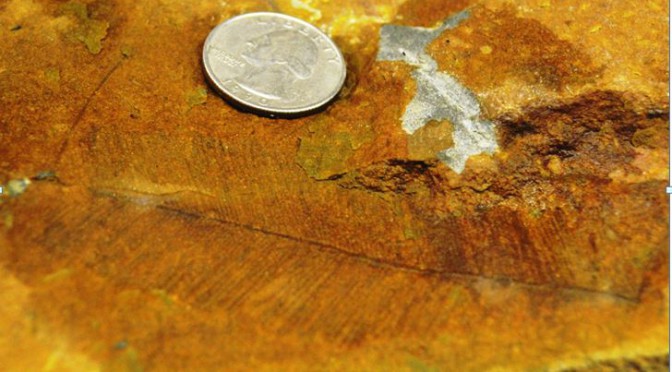 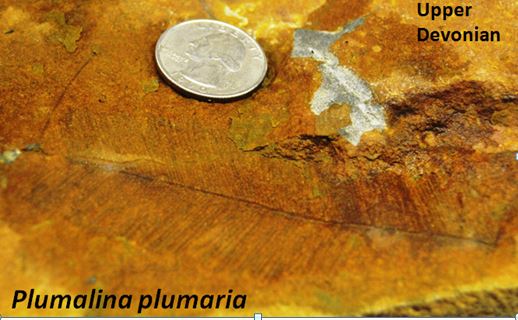 Bill Chapman found this Plumalina plumaria in an Upper Devonian sandy siltstone (Canadaway Group) in Hornell, NY. They have also been documented in a roadcut in Hoxie Gorge near Cortland, NY (Wilson, 2009). 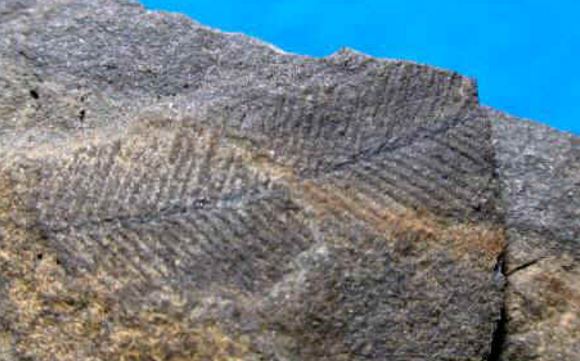 Plumalina from a small road cut located on Hoxie Road Gorge where it crosses under I-81, approximately 5.8 miles (9.2 km) southeast of Cortland, Cortland County, NY. (from Wilson, 2009)