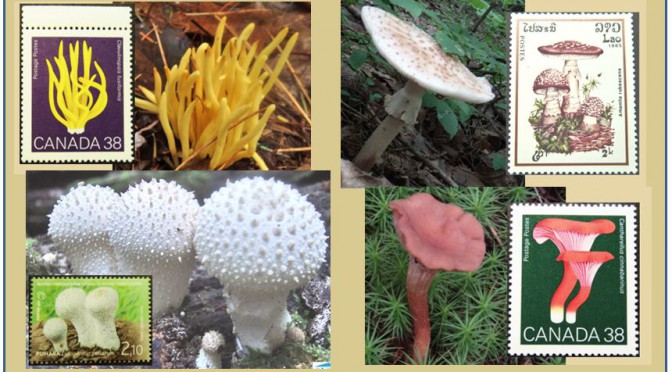 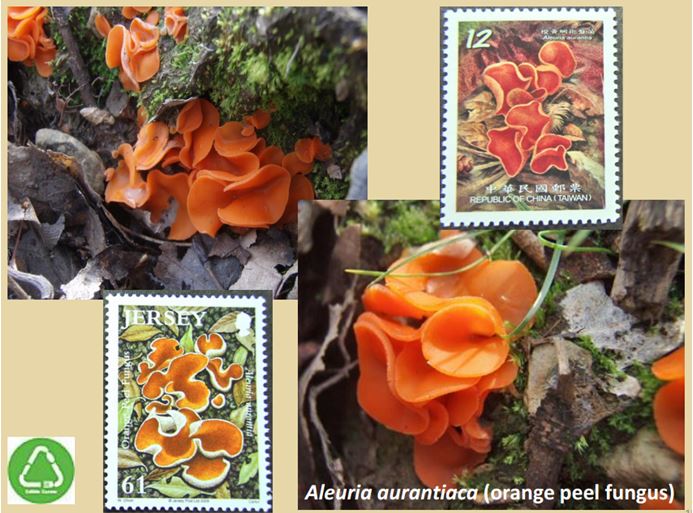 One example of about 30 slides Paul showed combining his local photos with stamps depicting mushrooms.

In Paul’s words, “For this presentation, I chose species that occur in the 5 county region surrounding Rochester.  My intent is to show our stamp collecting audience that an artist’s rendition of a fungi species depicted on a stamp could be used akin to a guidebook for the study of mushrooms. Most pages depict a photograph and related stamp of the species, along with an edibility icon. Enjoy… but just the edible ones!”

Here are more examples of mushrooms from Paul Brach’s March talk, local pictures with not so local stamps.  One is deadly poisonous; the other two are considered delectable.  You can see them all with this link to the Rochester Philatelic Association webpage. 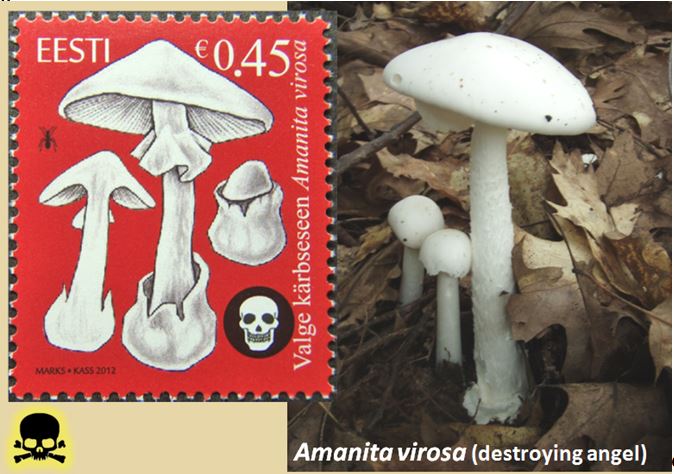 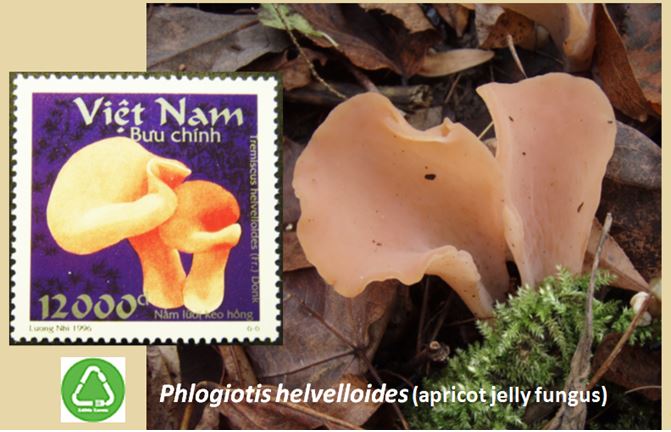 After hearing this talk and seeing all Paul’s wonderful pictures I knew that I wanted to go in the field with Paul some day and learn a little about mushrooms and fungi.  That opportunity came in September when Paul was leading a hike for the Burroughs Audubon Nature Club to Zurich Bog for the sole purpose of identifying mushrooms.  Even better, Dave Wolf of the Rochester Area Mycological Society would be attending also.  Two experts in the field.

So what did we find?  Well, the final count came to 73 species that could be identified by the two experts.  Not a record for them by any means, but a very good day and a huge learning experience for the rest of us on the two mile trek through the bog, swap, and forests of Zurich Bog.  I took a number of pictures and generated this collage: 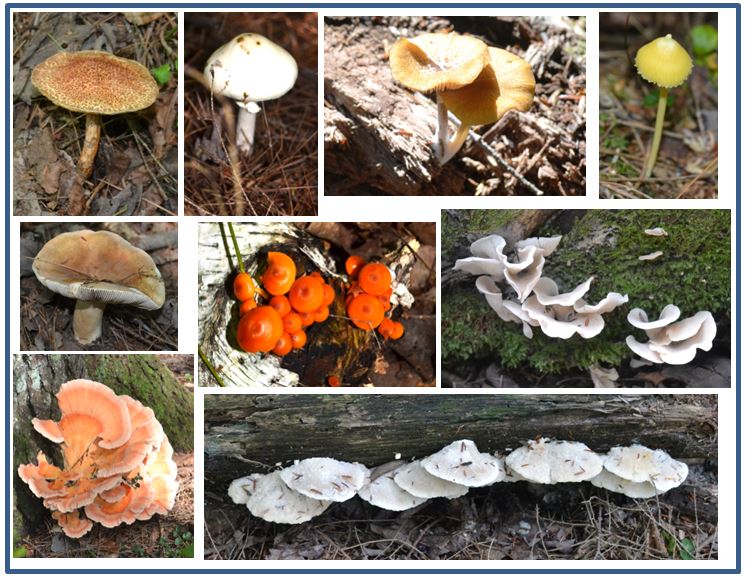 I sent the mushroom collage above to Paul and he identified them all for me! TOP ROW (left to right): Suillus pictus (painted suilliis), Amanita citrina (citron amanita), Xerula radicata (beech rooter), Entoloma murrai (straight-stalked entoloma). MIDDLE ROW (left to right): Boletus sp. (bolete), Mycena leaiana (orange mycena), Pleurotus ostreatus (oyster mushroom). BOTTOM ROW (left to right): Laetiporus sulfureus (pale sulfur shelf mushroom), Tyromyces chioneus (white cheese polypore). I also have the full list of all 73 species he and Dave identified. He says he will test me next trip. Gees.
Paul was thrilled to find one more he could add to his local collection of mushroom pictures matched with stamps. 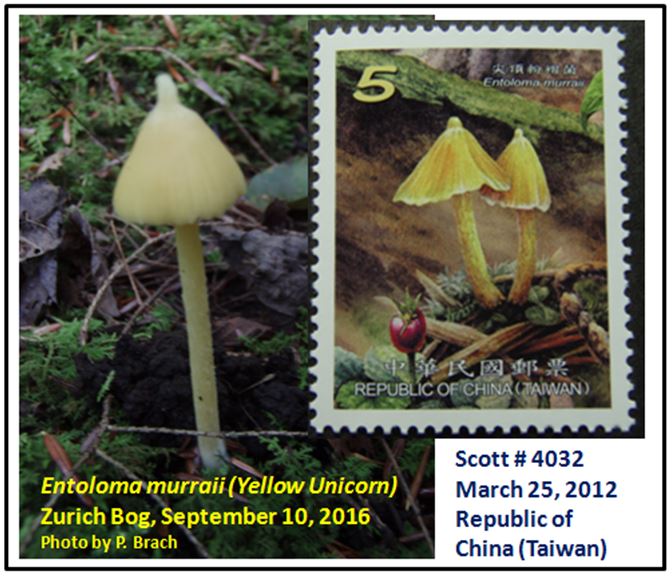