Published in the June WCGMC newsletter.

It is not quite fair to the rest of us, but folks with a birthday in June get a choice of two major birthstones.  Pearl is the original modern gemstone for the month, officially named as such in 1912 by the National Association of Jewelers.  However, alexandrite has been since added as a June gem.

Pearls are formed when sand grains get stuck inside an oyster.  The oyster covers the irritant grain with a smooth substance called nacre which is very similar to the iridescent coating on the inside of the shell.  Nacre is a combination or both organic biopolymers and inorganic aragonite (a form of calcium carbonate).  After several layers have been deposited, a pearl is born.  With their origin from a living creature, pearls are indeed a most unique gemstone. 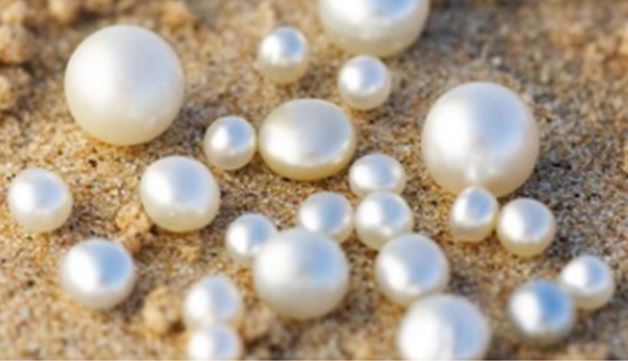 Pearls on the beach: The smaller pearls in this picture are less than one quarter inch in diameter and may have grown in less than one year, but the larger ones likely took 2-3 years to grow. Clean water and healthy oysters are required to grow perfectly symmetric large pearls.

Alexandrite was not discovered until 1831 in Russia, hence it is named after the ruling Czar Alexander II.  Although rare, this unique gem variety of the mineral chrysoberyl (itself not that common) has become very popular.  With a hardness exceeding 8, this beryllium aluminum silicate mineral (BeAL2O4) has perfect gem characteristics.  Only corundum (ruby/sapphire) and diamond are harder amongst well known gems.

Much of the popularity of alexandrite is in its chameleon-like color.  Typical chrysoberyl is yellow to yellow-green, but gem variety alexandrite is much more than that.  The gemstone is a lovely green color in daylight, but turns to a purplish red when exposed to incandescent light from a common light bulb.  Chromium is the impurity responsible for both colors in alexandrite.  The element occupies a structural location in the lattice that makes it the perfect size to interfere differently depending on the nature of the light source upon which it is subjected.

Chrysoberyl is itself not a common mineral and the elemental association of Be and Al with chromium is even rarer.  Since its discovery in Russia in the 19th century, alexandrite has been found in Sri Lanka, Zimbabwe, Madagascar, India, and Brazil.  But it remains a rare and valuable gemstone. 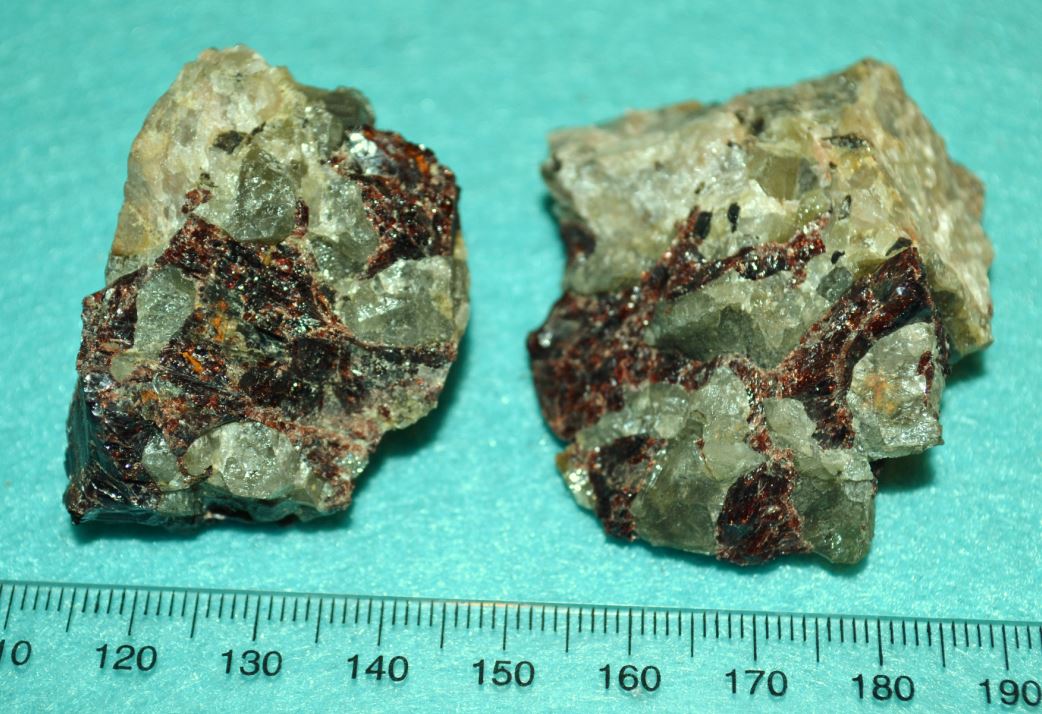 WCGMC members who have collected at Benson Mines in Star Lake know that chyrsoberyl occurs there and can be collected in association with bright red almandine garnet.  Unfortunately, neither the chrysoberyl nor the almandine is of gem quality.

And by the way, the Eastern oysters found offshore Long Island do make pearls.  However, they are not typically as brilliant as those produced by other oyster species.

To be complete, some consider moonstone as a third birthstone for the month of June.  We will save that for a discussion of various feldspars.